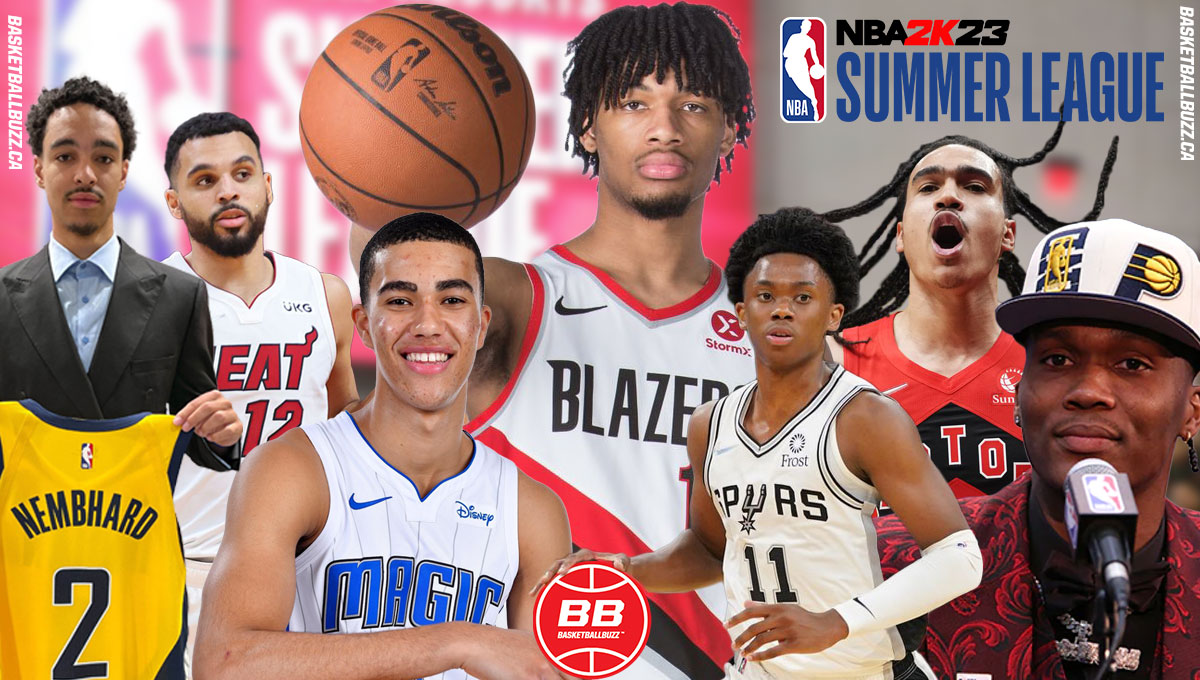 Fresh faces. New beginnings. Sprinkled with young, hungry talent ready to show and prove that they belong on an NBA team.

Featuring all 30 NBA teams, the eleven day 2022 NBA summer league tournament is set to kick-off on July 7-15 in Las Vegas.

Following another phenomenal year in both the 2022 NBA Draft and the 2021-22 NCAA season, a heavy Canadian basketball presence is once again expected.

Already loaded with Canadian talent. The Indiana Pacers, dubbed Canada’s NBA team for the upcoming 2022-23 season, will feature a total of four Canadians on their summer league roster.

The final list includes the four Canadian players that were selected in the 2022 NBA Draft. Lottery picks Bennedict Mathurin (Indiana Pacers) and Shaedon Sharpe (Portland Trail Blazers) will be amongst the top attractions as they begin their journeys in what are expected to be successful and lucrative long term careers.

Following three successful seasons at Harvard, undrafted Canadian combo guard Noah Kirkwood will get his NBA shot with the Brooklyn Nets. Kirkwood becomes just the second Ottawa basketball player to play in the NBA summer league since its inaugural season in 2005. Marial Shayok, a former 2019 second-round draft pick of the Philadelphia 76ers was the first.

A record 19 Canadians played in the 2019 NBA Summer League. A total of 16 players had their names on NBA summer league rosters in 2021. The global pandemic canceled the 2020 edition. Playing with the New York Knicks in 2005, Carl English was the first Canadian on a summer league team.

Must Read:
Love Lost For 6 Weeks On Valentine's Day