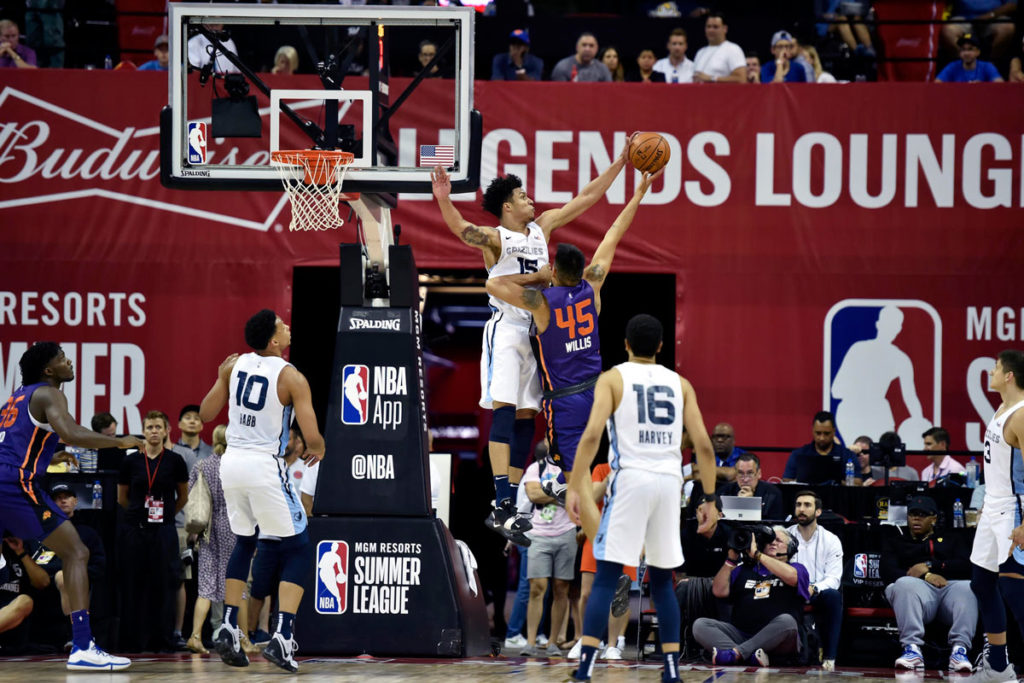 For the past two and half-weeks, a record number of Canadians basketball players have been blowing-up and making their mark on the NBA Summer league. Some looking to solidify their draft status, others eager to make a name for themselves — making NBA GMs regret bypassing them, doubting their abilities and delaying long-awaited dreams.

Starting with Carl English in the 2004, the NBA Summer league has always been a primary pathway for Canada’s elite to prove that they belong on the world’s biggest basketball stage. Over the years, as the Summer League has grown to regular-season proportions, so has the number of Canadians participating — reaching a record 17 players in 2019.

With Canada’s most talented NBA rookie class on full display alongside familiar faces, below is complete breakdown of the 17 players that participated in the 2019 NBA’s annual summer showcase, including complete highlights, stats and breakdowns of their historic performances.

After missing the first game Brandon Clarke end-up being best Canadian player and arguably the best rookie in summer league. The 21st pick of the 2019 NBA draft became the first Canadian to win the most valuable player award. So good was Clarke that he earned both tournament and championship MVP honors. The most efficient collegiate basketball in his class continued right where he left off with the Gonzaga Bulldogs with six hard to believe performances that “20 teams, GM’s, passed on this proven Canadian stud”.

An elite athlete and supreme shot-blocker with a tuned-up, revved-up V12 motor-engine, Clarke runs the floor extremely well and is a full-load on both ends of the paint. Clarke puts an immense amount of pressure on opponents defenses — possessing a rock-solid pick-and-roll game, combined with above average ability to knockdown the mid-range jumper and the occasional three-pointer . Overall his game translates really well in the new NBA and if given the minutes he should be in the running for the rookie of the year award.

Alexander-Walker, the 17th pick of the 2019 draft set the tone in his first game earning first-team all-NBA Summer League honors. In five games with the Pelicans Nickeil Alexander-Walker aka NAW looked like the most complete Canadian guard floor — scoring the second most points by a Canadian, with a 34-point outburst and the highest output of the tournament.

The Toronto native and former Vaughan Secondary School guard finished third in scoring at 24.3 points per game and fifth in assists and 6.0 helpers. At 6’7″ NAW has the ability to play both guard positions and is comfortable attacking with both hands. The Pelicans featured one of the most exciting young cores in NBA with talented point guard Jrue Holiday, No. 1 draft pick Zion Williamson and a bevy of acquisitions from the Lakers via the Anthony Davis draft.

Returning for his third NBA Summer league stint, two-time NBA champion Chris Boucher impressed with a delightful 23 points per game, 9.8 rebounds and 1.3 block average earning a 2nd-team All-summer-league nod for his efforts. With head coach Nick Nurse and Masai Urjii on hand Boucher, the 2019 NBA D League MVP showed that he’s ready to fill some of the void left by Kawhi Leonard.

Must Read:
'They The North'-Drake And The Toronto Raptors Collaborate On A New Logo

A disruptive force of the defensive end, Boucher has the ability to impact the game with his length and should fit right with the head Nick Nurse’s run an gun style

Numbers don’t line and in the case of third overall pick RJ Barrett the numbers can be somewhat deciding. Despite becoming the frist player in summer league histo to put-up 15.4 points, 8.6 rebounds, 4.2 assists

Canadian guard Naz Mitrou-Long is currently balling out at the 2019 NBA Summer League. In five games between the Salt Lake and the Las Vegas summer league Long is averaging 16.8 rebounds, 5.0 rebounds, 5.5 assists

After a slow and a lour roar from the critics, Barrett

The former Syracuse Orange forward averaged appeared in five games and averaged 6.6 points, 4 rebounds in 17 minutes for the Los Angeles Clippers. Brissett had his best game tournament in the final game, scoring 18 points and yanking down 7 rebounds against the Indiana Pacers. In limited time showcased his athleticism and potential to play the NBA game but he also struggled with his shooting touch, connecting on just 29% of his shots, shooting 12-of-41 attempts.