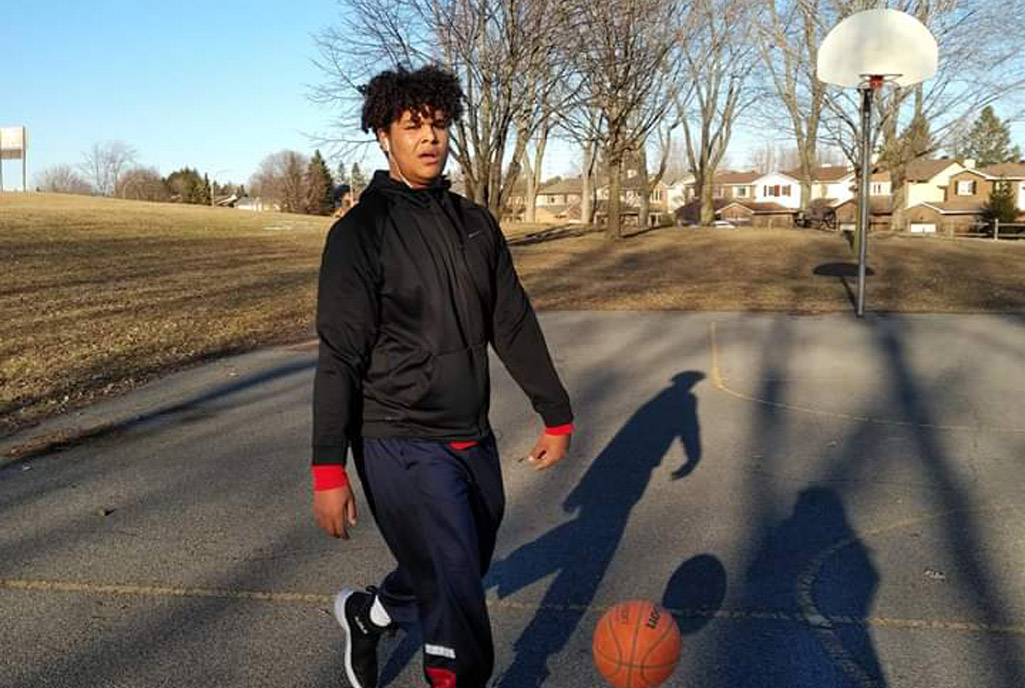 These are difficult and trying times for everybody.

The growing pandemic of the novel COVID-19 Coronavirus has turned everyday life upside down for many families and their children across the globe, as local governments worldwide declare state of emergency orders to ensure “social distancing” to keep the outbreak from spreading.

The closure and lock-down of all non-essential activities have confined nearly every Canadian citizen to their own home — making it extra challenging for families to maintain a level of normality during the devastating crisis.

With no end in sight and with warmer weather on the horizon, people have opted for walks, runs and various other forms of exercise to keep active. For many basketball players, the closure of city parks and other recreational facilities comes at a time when basketball fever would be at its peak with March Madness and the fast approaching NBA playoffs.

Cooped up in his basement for nearly two weeks and tired of playing video games, local Ottawa basketball player Styles Lepage opted to take the family dog for a walk at the park. Feeling the withdrawal from the game, the six-foot-three multi-sport (Football) forward from Longfields-Davidson Heights Secondary School in Barrhaven opted to bring his basketball for a few bounces and jump-shots.

Instead of what should’ve been a peaceful walk and a much welcomed digital screen break has turned into a controversial public nightmare as Lepage’s family is furious and going public after their teenage son was singled out, in a park with multiple other patrons — racially profiled, bullied, and put at risk by Ottawa-Carleton District School Board (OCDSB) Trustee Donna Blackburn.

According to a now deleted and captured Facebook post(s) from Blackburn, the controversial and outspoken OCDSB Trustee for the Barrhaven/Knoxdale-Merivale area decided to approach Lepage after returning from the drugstore for an essential trip.

“Yeh kid I can argue in both official languages.”

“So I had to go to the drugstore for an essential and then bought deodorant. I am sure my pets love me no matter what I smell like. When I got home people playing basketball in the park. Went over to politely ask them to leave, kid gave me attitude and played dumb. Then I said, parlez-vous francais? Yeh kid I can argue in both official languages.” wrote Blackburn on her Facebook account.

But according to Lepage’s father, and clearly evident from the picture taken by Blackburn herself, and further confirmed by her first post — “their son was definitely at the park by himself with his dog and specifically looked for a hoop with no one around.”

Without consent, the long-time OCDSB Trustee, snapped a picture of Lepage, posted the image online and went as far as reaching out to Susan Carkner — the Assistant to Councillor of the City of Ottawa to have the hoops removed immediately.

Additionally, Blackburn contacted the Ottawa By-law services and mentioned she would stand there until they arrived and she would follow Lepage home if she had to.

“I will follow the kid home if I have to.”

“Apparently I have another title Park Patrol. This kid has been playing for over an hour and won’t leave. I have called by-law and will stand here until they come. I will follow the kid home if I have to. See you elected me Trustee, I never give up. I will keep my community safe and this kid needs to learn to follow the rules!! Kid went to St. Paul’s.” posted Blackburn to her Facebook account.

“The reality here is folks with kids will understand this. Why would you approach a child during COVID-19? You just came from the drugstore you might have God knows what on you, I don’t know, he doesn’t know you, he is not talking to strangers, you shouldn’t be talking to him either because you can kill him. Whether you know that or not, it’s extremely important to take into consideration at this time.” commented Lepage’s father Matthew Kedroe.

“First-of-all, who gives you the authority to interrogate a child? Why would you do that? If you had been given the title of a Trustee, I’m quite certain that they didn’t go ahead and ask you to patrol the park… interrogate children, a minor, let alone take his picture and attempt to publicly shame him on social media, that is an invasion of privacy.”

“None of the actions that she took here are sound, or show sound judgement from somebody who is in charge in some capacity of the education of children in Barrhaven.”

Furthermore, and according to the family, Blackburn continued to interrogate Lepage for personal and private information, asking the teenager for his name, what school he attended and made direct derogatory racial remarks towards their child.

The former special assistant to the Deputy Prime Minister of Canada also threatened to have Lepage kicked off of the Longfields SS senior boys basketball team and told him she would show up to his graduation ceremony and trip him as he crossed the stage.

“This is somebody who can pull strings within the school board and can potentially do something to damage my son’s education.”

“Oh you’re graduating? If you are, I will be at the graduation ceremony and I will trip you before you get your diploma.”

“You’re going to go to Innes Road, you’re never going to amount to anything.” referring to Ottawa’s correctional facility, further added an irate Matthew Kedroe. As comments made during the shocking verbal exchange.

In 2016 Blackburn found herself apologizing for racial remarks she made towards her own colleague after she adopted two young daughters from Guyana.

Moreover, Blackburn was previously sanctioned by the OCDSB in 2018 for code of conduct accusations.

The incident took place at Foxfield Park in Barrhaven on Friday, March 27th at roughly 5:30 P.M.

Complying with emergency orders from the Province of Ontario the City of Ottawa publicly announced the closure of all municipal parks and amenities, at 4:00 P.M on March 27 — allowing only walkthroughs as parks have the potential to encourage group gatherings and go against the physical social distancing measures put in place by public health officials to help flatten the spread of the COVID-19 virus.

The OCDSB features 12 school board Trustees across 12 electoral zones. They’re elected during municipal elections and have a mandate to represent their diverse community with respect and dignity while acting as important advocates for public education and the committed to student achievement and well-being.

Lynn Scott, the Chair of the Board had the following statement regarding the regrettable incident when contacted on Monday morning.

“There is a process with regards to complaints under our code of conduct policy and that is certainly something that is in the process of kicking in. There is also, I think a human rights aspect to this that we are also looking at.”

“There is serious legislation in the Education Act around what school boards can and should do, that is what we will be following and we have an extensive policy on that. As things unfold we will be able to provide a more wholesome response and it will be a public response.”

Scott also mentioned that the OCDSB has reached out to the Lepage family and is “following up in a serious way.”

In line with the earlier statement made by Scott, the OCDSB has released a press release regarding the incident and have initiated the following action(s):

Speaking live, during the OCDSB public board meeting on March 31, Kedroe called for the immediate resignation of Donna Blackburn and promised further provincial and federal action.

“It is my belief that the best cost effective and least embarrassing means for all parties to move forward is for Trustee Blackburn to simply step down from her position as OCDSB Trustee.”

The community has set up a petition to have Donna Blackburn removed from the Board of Trustees. The goal is to get over 6300 votes — representing the amount of votes Blackburn received during the 2018 Ottawa Municipal elections. 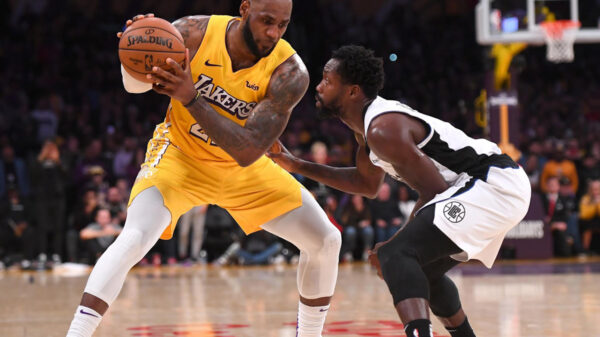 Some NBA Players Will Stay Home In Solidarity

Bigger than Basketball. Believe it or not, some people don’t want to go to Disney World. You laughed when Kyrie Irving said the world...