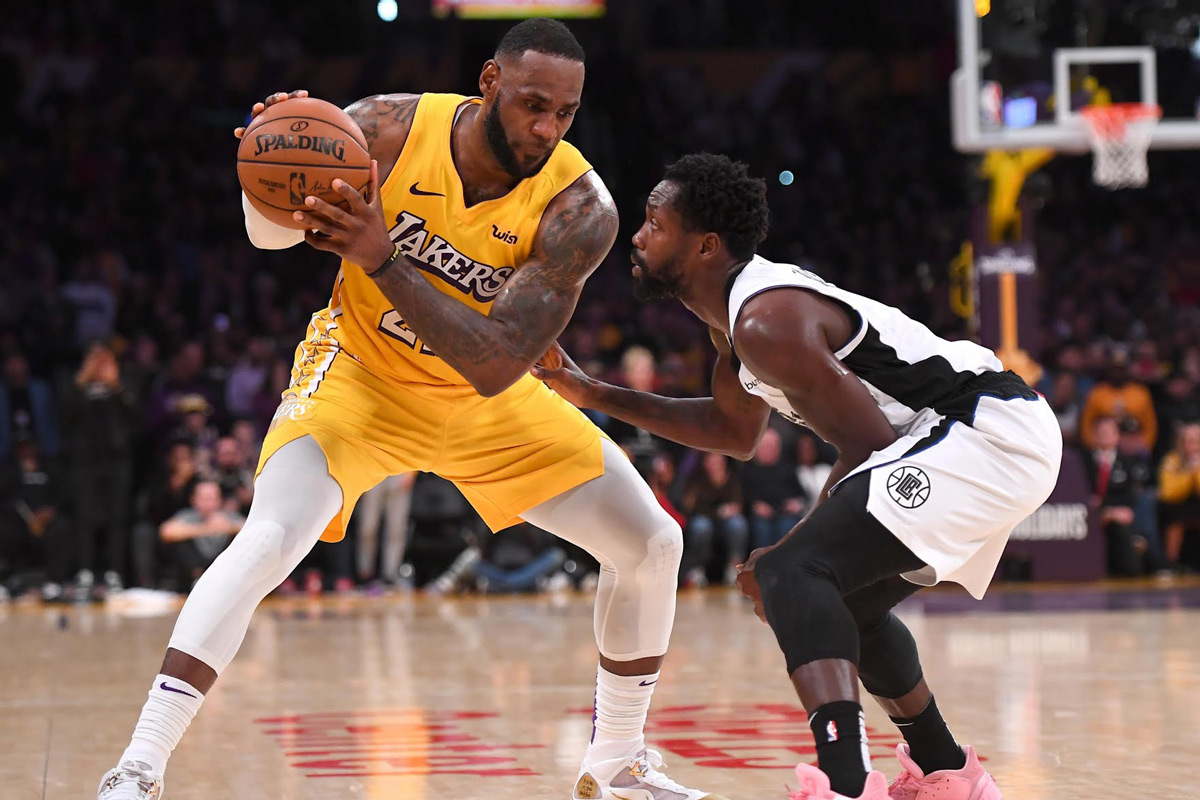 Some NBA Players Want To Stay Woke And Stay Home

Believe it or not, some people don’t want to go to Disney World.

You laughed when Kyrie Irving said the world was flat, but in regards to his reaction with the NBA rotating to the Florida project-like spinning from Spalding to Wilson-he kind of has a point.

Holding a conference call with around 80 players from both the NBA and the WNBA, the Brooklyn Nets’ superstar expressed his concerns about returning to the court so quickly.

It’s not all about Coronavirus either. Obviously. Although, even seemingly out of quarantine, we should still lock it down and stay at home and as safe as we can like a league that led the way in the fight against COVID-19.

It’s because there’s something that matters more than Basketball.

“I don’t support going into Orlando. I’m not with the systematic racism and the (expletive). Something smells a little fishy,” the player told his peers.

Profile names like the Los Angeles Lakers’ Dwight Howard and Clippers’ Lou Williams were in agreement. Whilst the Laker likes of LeBron James and Danny Green were opposed and in favour of returning to the floor.

When Adam Silver and the NBA made the decision to seed a tournament to decide the fate of the NBA’s next champion in the southern state only one team was originally against this move, the Portland Trailblazers.

An injured Irving may not even play anyway, but that’s not the point. The guard believes simply dribbling and playing sport will shut out and take away from issues of social justice.

We’re activist, active players like LeBron who was once told to “shut up and dribble”, believes playing in Disney World would offer an even greater stage to make their point like the Equality of his black and white Nike signatures. Believing they should just do it.

For Kaepernick. For the people. For the world.

Both former Cavaliers who have been in opposition have a point…and that’s the problem. Why not give the people what they want? All whilst making an even bigger statement? Then again we all know what taking a stand, striking and standing up for what’s right can do.

One just thinks of WNBA legend Maya Moore standing on her own two and sitting out for two seasons to campaign for justice for an innocent man behind bars…and setting him free.

In actuality, Coronavirus situations are still a concern for Kyrie and his own union who believe Disney will provide a “bubble” from all this as COVID-19 cases spike scarily in the state of Florida. during the worst year of our collective lives that started with the loss of Kobe, GiGi and their family and friends to that fateful January day.

Even the all fun and smiling Dwight Howard doesn’t want to go to Orlando like we were asking him to return to the Magic.

“I agree with Kyrie. I would love nothing more than to win my very first NBA championship. No basketball until things get resolved.”

It’s hard to argue with that even though Twitter have took to trolling him, especially Laker nation who in, “we take you back and this is how you repay us” (sounds an awful lot like privilege in their part. The whole rotten root of this current problem) callous criticism demand he be cut in favour of the big man that was brought in before him and released, DeMarcus Cousins. Well just like last summer with the new exception, they can have both. So shut and grow up. Number 39’s redemptive season is complete with this solidarity stand.

Defensive teammate Avery Bradley may join him too.

One man in Los Angeles surprisingly holding Kings court is former Laker and purple and gold hater with the crosstown Clippers, Patrick Beverly who says, “if LeBron says he hooping. We all hooping.”

The King may regret that when Pat Bev stands on his robes.

Some like Danny Green believe playing is the perfect protest platform. Where others like Lou Will believe it will merely be a “distraction”.

This time Trump. In this situation. There are good people on both sides.

Just like “twin” Stephen Jackson who believes it’s “bigger than Basketball” as there is still a countless number of ignorant people who haven’t learned from the leaning knees of police taking the last breath of his friend George Floyd away.

To think they had a problem with Kap.

You only have to log onto Netflix right now and see the meaning behind Dave Chappelle’s most enraged and charged special, ‘8:46’ yet. Or watch ‘BlackKklansman’ director Spike Lee’s most important movie yet in ‘Da 5 Bloods’ from 40 Acres and a Mule to see what we are all dealing with right now, until the world truly sees and believes that Black Lives Matter like they always should have.

Muhammad Ali in the opening talks about how he won’t fight in more ways than one. Making a stand against the Vietnam war and the race war back home as Marvin Gaye’s ‘Inner City Blues’ makes us want to holler.

How can you stand against one of the NBA’s greatest players with a handle on his career after all he’s been through now when in regards to social reform he tells us that he’s, “willing to give up everything I have.”