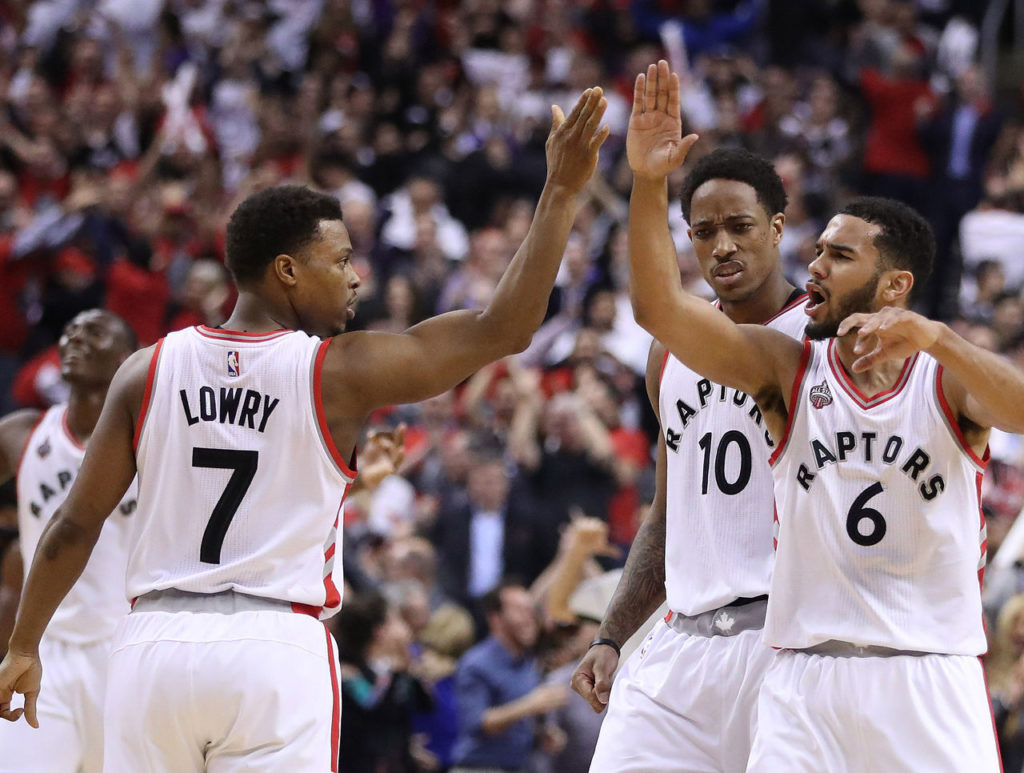 2016 NBA Playoffs: Raptors-Heat Who Will Win & Why

The Raptors have finally got the monkey off their back after closing the relentless Pacers at home in Game 7. As entertaining as the game was it should have never been this close. The Raptors headed into the fourth quarter with a 78-64 lead, and led by as many as 16 points, but Indiana, behind by All-Star Paul George, fought back.

It is a pretty good feeling to have NBA Playoff basketball in Toronto in May. However, things are about to get dicey with the Miami Heat coming into town.

Miami comes in with a championship pedigree, aspiration, and in the corner of their eyes are seeking revenge on LeBron James, if they are to meet in the Conference Finals. But for that to happen the Heat will have to eliminate the Raptors.

Without further ado here are key reasons why the Raptors or Heat will win the series.

Raptors will win because…

They protect the paint and rebound well. The Miami Heat have scored 95 points off of second chances, second best in the NBA behind the Raptors (112).

DeMar DeRozan and Kyle Lowry drastically improve their shooting percentage. The two All-Stars shot around 32 per cent from the field in the first-round series this will not get it done against Miami.

DeMarre Carroll, Norman Powell and DeMar DeRozan play solid defense against Joe Johnson and Dwyane Wade. Carroll and Powell should be the primary defenders on Johnson as DeRozan is too short – remember the 2014 playoffs.

Heat will win because…

Their guards will outduel Toronto’s guards. Dwyane Wade is accustomed to playing in the big stage and reminded the world of his greatness in Game 6 of their opening round series against the Hornets. Dragic found himself in Game 7, scoring 25 points. Joe Johnson helped the Brooklyn Nets eliminate Toronto in a hard-fought 7-game series in 2014.

The Heat is the team who has scored the most points in the paint in the playoffs (304). They will look to attack the rim using their big men down low, pick and rolls, and transition offense.

Pat Riley is an unapologetic ‘old school’ mentality man who wants a chance to eliminate LeBron James out of the playoffs to show him what could have been had he stayed in Miami. And, Dwyane Wade knows his championship window is closing. The two men are on a mission.

This will be an exciting series featuring what is, on paper, two of the five or ten best backcourts in the NBA, and two of the three best teams in the Eastern Conference.

It’s a tough call but Raptors in 7.