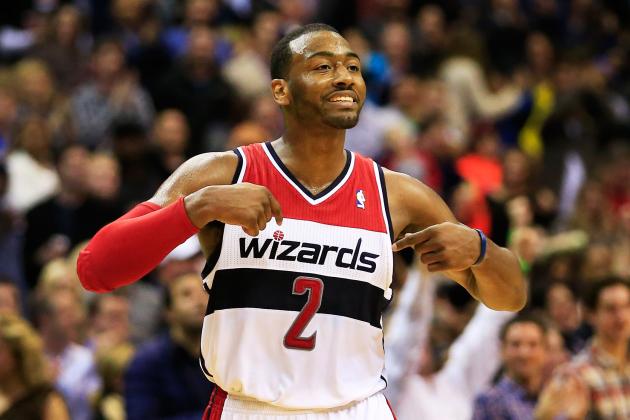 Water cooler attendants! We’re going to need a bigger jug! In this storytelling season of sacred hoops we’ve had more than a couple of historical moments for the most storied franchises in this National Basketball Association for your classic conversations and dynamic debates.

They say this league is ‘where amazing happens’ and here’s something more amazing than Peter Parker swinging through the heart of Manhattan for a truly superb sequel. For the first time in NBA history, the three most famous teams; the storied Boston Celtics, Los Angeles Lakers and New York Knicks are not in the playoffs. OK, so after their down and dreadful seasons this is no new news but just years ago Kobe Bryant’s Lake Show and Paul Pierce’s Celtic pride we’re duking it out like the good old days for the NBA crown and the new generation of history repeating itself to another epic rivalry on a Wilt and Bill, Magic and Bird level.

Now the Lakers are wondering whether the oft-injured and incensed Kobe Bryant will ever return to the alpha-superstar he is…or even return healthy at all, while they pin the rest of their hopes on the donkey-punch play of the great and exciting Nick Young who see’s the future, even if sometimes it looks like he’s shooting with a blindfold. Meanwhile that forever Celtic Paul Pierce is with Kevin Garnett in Brooklyn as the former New Jersey Nets look to shake-off that ‘traitor’ tag the former Boston brothers have and also shake off the mecca Madison Square Garden’s Knickerbocker team as New York’s finest and king like Bernad was back. If that wasn’t enough the Knicks are wondering if Carmelo Anthony will ever be the “LeBron James” they hoped he’d be, while putting all their faith into the zen of Phil Jackson as the former champion Knick role player and legendary Bulls and Lakers coach takes his eleven rings to his hoops home front office, to hopefully do to this team what Pat Riley did and is now doing upstairs and down with his slicked-back talents in South Beach.

Former Heat/Laker player Lamar Odom redeeming himself and re-teaming with former Laker champion ally and Queensbridge born and bred project Metta World Peace (if he stays put) is a sensational story start. Especially with what Odom can do on the floor, especially with how Phil nows how to handle him-in more ways than one-and especially with those Gasol rumors.

The talk of the town that everyone is loving…except this Laker fan who does have to admit it’d be quite nice, but please Phil don’t be the new Clips and take Kobe, no matter how much he loves the Garden. Kobe’s Lakers and Rondo’s Celtics (whose he hoping to pass to?) will now rely on the NBA draft for their new franchise face in this next generation and from college studs from stellar classes like Duke’s Jabari Parker and Kentucky’s Julius Randle we may have the next retired gold or green jersey for our banners and rafters.

Still there’s Irving’s improving, wine-tasting, champagne chasing Cleveland, the motoring Pistons, the Magic needing Orlando, the antler-cut Bucks and the ‘what the hell happened to Philadelphia’ Sixers in this lottery too…and that’s just in the East. Out West the burning bright Phoenix Suns we’re ever so close and are just one piece away from punctuating the new league power player Eric Bledsoe.

Must Read:
The Effects of Bias - In memory of Len & Jay Bias

While the tough bearded Minnesota Timberwolves are fighting the cold in more ways than one out in Minneapolis with the hot flair of Ricky Rubio, but they need a little more to push through the hate and not lose Love. Then there’s those few Nuggets in Denver and Anthony Davis and Austin Rivers future flying Pelicans in New Orleans that are being propped up by the Seattle Soni…excuse me, the Sacramento Kings, the Utah Jazz and of course the Los Angeles Lakers. I guess those early new millennium decade days where really longer ago then we thought. Still as quickly as the winds of season of change come in, it could all become better one day and 82 for these teams in this snakes and ladder league as they cut their way through the grass.

Still in this fast-paced, yesterdays news is a timeline scroll away digital day and age, people are more concerned with winners and not losers in this playoff picture. A bracketed frame that is currently looking like Chicago, Charlotte and Houston will be tackling with fishing-rods sooner than later…but let’s not take the bait yet. Besides did you ever think that the Bulls would make it this far without Derrick Rose again?

Thank God for Thibs, the team and the arc of Noah’s career, because they even did it while losing Luol. You must be Joakim right? You can’t deny the passion and fire of players that won’t even take a play off, regardless of a game…and how about those ‘Cats speaking of a Chicago legend? Michael Jordan has defied critics and taken his Charlotte Bobcats to the playoff promised land and these orange and blue are looking as real as the teal renaissance that will colour them as the Hornets once again after the New Orleans name change. I know right…what was the point of them leaving and expanding, but hey if it works for them let’s hope it happens for the missed and mistreated Seattle Supersonics…but David Stern and Adam Silver take note…it’ll never be the same.

With M.J’.s success I bet the Wizards wished they stuck it out with the man who came out of retirement for them and practically played for free (let’s not forget the best to ever do it donated his playing salary in 2001 to the 9/11 relief fund…and you thought him selfish) and actually played scientifically and statistically better than most people thought or didn’t for that matter. Still with Mike’s former team on the ropes the Washington Wizards are doing better than they and even everyone expected and are one of our teams of the year and picture perfect heading for this column for more than just their best jerseys that hark back to the Bullet days that M.J helped throwback perfectly during his last hardwood classics.

The run and gun of John Wall and Bradley Beal is fun and formidable and as they’re working through the kinks and creases we have a dynamic duo for the promised potential of the days of future past. Beyond a weird X-Men reference, we’re basically saying these guys are first class yesterday, tomorrow and right now when it matters today and the cheetah fast, Bullet train, wall to wall play of John gives the Wiz a new spell of the better Gilbert Arenas they always wanted…and needed.

Meanwhile the new Houston Rockets of Dwight Howard’s smile, James Harden’s beard and Jeremy Lin’s linsanity are cleared for takeoff into the underrated history of a franchise that has boasted the likes of Hakeem Olajuwon, Yao Ming, Moses Malone, Clyde Drexler, Tracy McGrady and of course Steve Francis. Of course don’t push them because they’re close to the edge, in a Grandmaster flash they could be gone but they’re right there with Los Angeles new first team in the Chris Paul and Blake Griffin lob-city led Clippers who are nipping at the sneakers of surely the MVP-to-be Kevin Durant and his championship hopeful Oklahoma City team with Russell Westbrook’s enthusiasm and energy and Derek Fisher’s clutch and championship experience and pedigree.

The every improving and proving Portland Trail Blazers and their Damian Lillard and LaMarcus Aldridge combo may not be smelling like the city of roses but these hipsters have for sure unchained themselves from those old Jail-Blazer days too. While the Curry hot and Klay Thompson Golden State Warriors will live large and die hard by the threes of the splash brothers for the contention credit. With Memphis still grizzled to the beard of the new Gasol great Marc and all their Conley led championship caliber too this West is anyone’s.

With the great and one of the underrated best of all time Dirk Nowitzki passing Larry Bird’s legend the three ball great could even add to his ring collection if he gets the hot hand, but in this Texas triangle of the West best no one is beating those old San Antonio Spurs led by the robot of Tim Duncan and his Ginóbili and Parker androids. I mean just look at that win streak and everyone was talking about Kevin’s (including us). How is this veteran team still clicking after all these years? The answer is because decades and generations from now this unique unit will still be remembered as one of the best.

They could even meet LeBron James Miami Heat again in the finals like last year but what believe me would be different, because of course in this game, the king looks to take his throne again for the third time. We thought that the great famous, first five of the Indiana Pacers would be champion but this ‘Indy 5.00’ looks to have slow down after the loss of their sixth man and former big star Danny Granger and have you heard what the most professional player on this team Roy Hibbert is saying?

I guess those never-extinct Raptors of Toronto and Canadian representation have as outside chance as now the talon gripping, playoff mainstay Atlanta Hawks and the league of extraordinary Teague, but who knows? Even Jason Kidd knows how to lead his Nets to the finals..so long as he can keep his tie off. From the suits on the sidelines to the sweats on the court it all looks to be one big debate as these guys roll up their sleeves like those jaded feeling, jarred jerseys. Will the storm of Kevin Durant and his Thunder be able to truly reign over the Heat of LeBron James South Beach talents? Or is this just a short shower of success? These two guys could share the Most Valuable Player award but after its all said and done, there can only be one true champion and king.