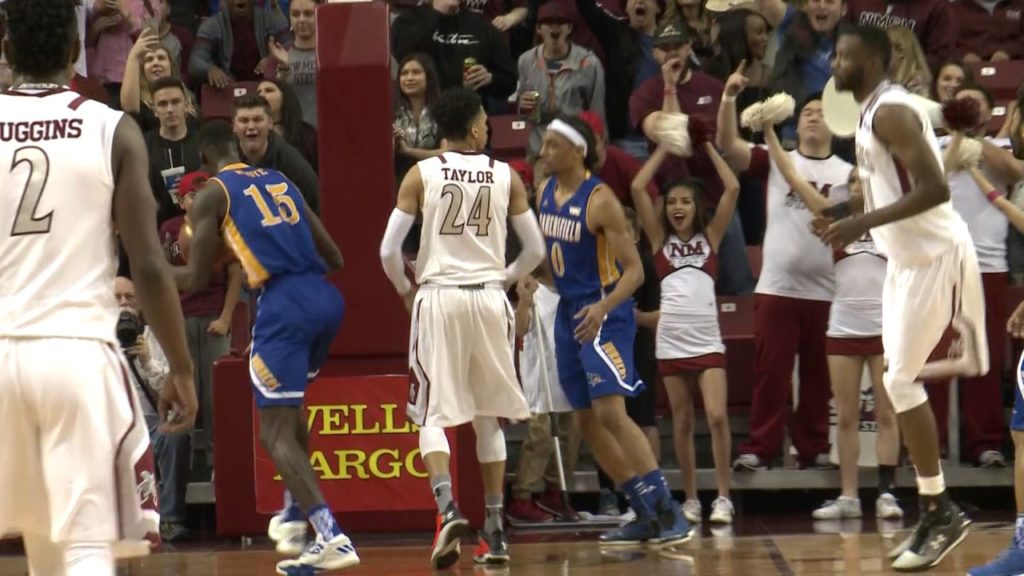 Rev up the engines. Call up Vince Carter.

Toronto’s own and New Mexico State Aggies Junior guard Matt Taylor, who has a history of posterizing dudes is back with another with another one!

With the game at the midway point (9:37) of first half the 6’4″, 172lbs initially passed off a corner jump-shot, opting to play a two man game with teammate Eli Chuha who read the defense and kicked it back out to Taylor.

More importantly the Aggies extended their winning streak to 15 games and now boast one of the countries best records at 17-2.