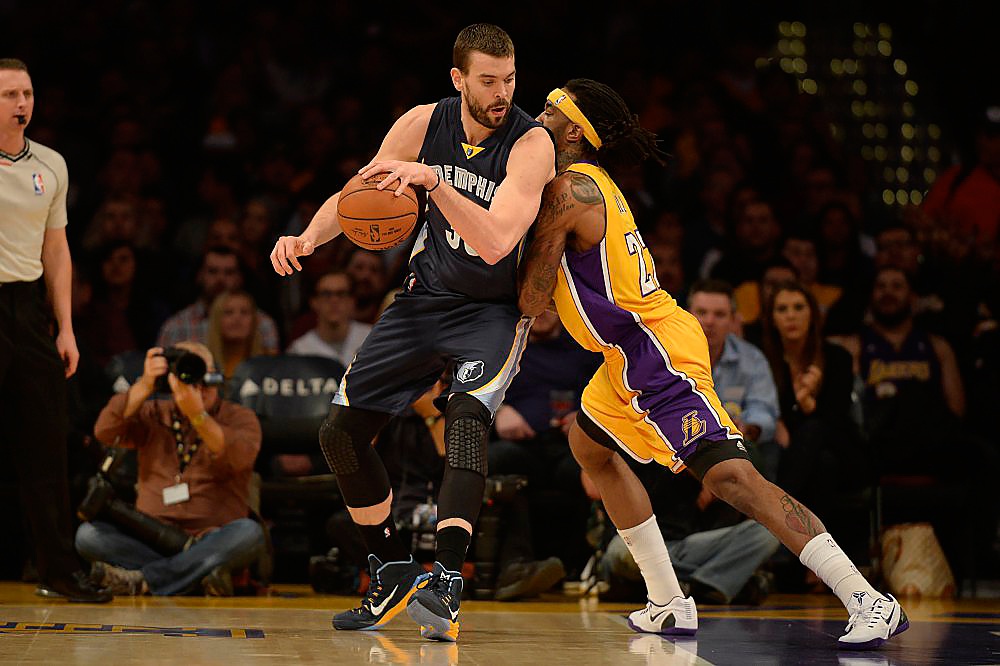 After This Season The Lakers Want Gasol Back This Summer

Free! That’s what some of the National Basketball Association’s greatest agents will be this Summer, in the power player ‘other’ season of NBA basketball. A season that King LeBron has redefined time after time, bringing the televised throne back to the players with just a couple of decisions.

Now after their worst season in franchise history. Following a lackluster offseason that pre-cursed it, the Los Angeles Lakers look like frontrunners for the free agent favourites this Summer.

If it wasn’t enough for the Lakers that Kobe Bryant is coming back to join a new nucleus of top, returning from injury rookie Julius Randle and top, all five starting, set to be a sophomore star Jordan Clarkson. Let alone this week winning the draft lottery with the Jahil Okafor or Karl Anthony-Towns second pick. The Lakers now look to pursue some of the L’s greatest ‘W’ makers.

Rajon Rondo and Kevin Love rumours have raged on through this hated season in Lakerland. Whilst recently it has been reported that this team will go after the likes of LaMarcus Aldridge-if not Greg Monroe or DeAndre Jordan (with a chance to finally steal a player back off their hometown, battle of Los Angeles rival Clippers)-and offer ‘Most Improved Player Of The Year’ Jimmy Buckets the max that Chicago will hopefully not match.

Between legends, rookies, draft picks and free agents this team look to rebuild themselves right back to the top of the playoff spots.

Still even with all this following last year the Lakers want one of their old players back…his name?

After leaving Los Angeles last year for the city of wind, former champion and All-Star Pau Gasol has had the year of his career with the Chicago Bulls this season…and this is a former ‘Rookie Of The Year’ we are talking about. Still few people know that this former Memphis Grizzlies franchise face-who also brought Larry O’Brien along with him in his Lakers trade-was actually swapped for his brother and fellow Spanish superstar Marc…or his draft rights at least.

You see although being on their books as a rook, Marc Gasol had never donned the purple and gold of Los Angeles. However this Summer the Lakers want to make this right and so.

It’s Pau’s younger brother, the 2013 ‘Defensive Player Of The Year’ and this years All-NBA First Team, starting centre on an average of 17.8 points, 7.8 rebounds, 3.8 assists, and 1.6 blocks per game that has the Lakers attention. Although I’m sure L.A. would love to have Pau back to, side-by-side with his sibling like for the Spanish national side. Just like Memphis wish they could have with their original Gasol star. Just like Chicago could only dream of. Along with the Spurs, Mavs and of course Knicks who will also be offering Marc Gasol the cash.

Still after another great season in Tennessee, the grit and grind of the Grizzlies will want to keep all the Memphis blues together to keep rocking and rolling with the likes of Zach Randolph, Tony Allen, Jeff Green, Vince Carter and Mike Conley Jr. You don’t get true grit without grinding together through the thick and thin and it looks like Marc’s in it for the long haul.

From the draft to the summer markets the Lakers have a lot of post players to choose from to further the legend of their Mikan, Wilt, Kareem and Shaq big man legacy. Still after the stunted growth of the likes of Andrew Bynum and Dwight Howard, the Lakers want to reach for the right 7 footer in a dying age of a position that this sport has catered for for so long.

Now if you think the Lakers regret losing Pau Gasol last season, you can be sure they feel more of the same way for trading for him with their rights to his brother Marc back in the day.

Must Read:
How's This For An All-Star People? Common Takes Home Celebrity Game MVP In Chicago

After all two Gasol’s are better than one….but right now the Lakers have none.