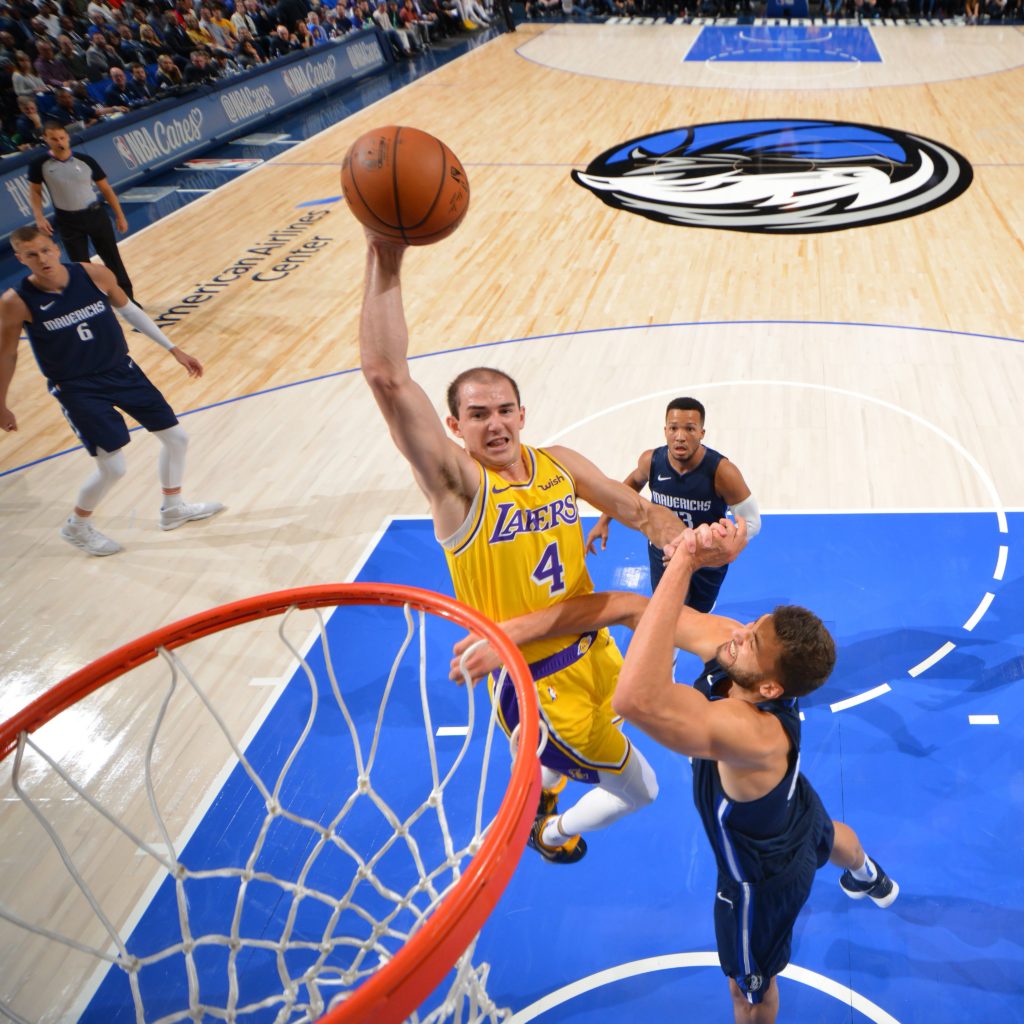 Alex Caruso, You Are My Hero

Standing in front of this glass, living with himself like Paul Rudd on Will Smith, ‘Gemini Man’ reflection, this man in the mirror with a hairline thinner than his arms he wishes in this Instagram age he could Photoshop like that hilarious hench-pressed gym photo that “are they serious right now” hilariously got you a “letter” from the league, is a Lakers fan since the days of Van Exel and Eddie Jones inspired my one mans gold.

Not the Black Mamba.

Not even The Grey Mamba of the one Ingram still in Lakers purple.

But the one South Bay Laker who got more than a two-way like Skytel pagers.

Alex Caruso, I love you my hero.

And it’s more than the fact that this writer has something about the name Alex when it comes to Americans. Sure the Lakers have the best dynamic duo since Wilt and West, or Jerry and Elgin, or Magic and Kareem, or even Shaq, Kobe and Pau. And probably a big three with Kuz. But there’s just something about ‘Carushowtime.

‘Bron and The Brow may put up the numbers like E, from Anthony Davis’ first 40 and 20 since the Big Diesel in just three quarters, to LeBron’s triple double v Luka tonight (I just hope the Killer King like Timothée Chalamet with the Prince beating Edward Scissorhands costume this Halloween, praising his triple double opponent as a cut above the rest told you, you are a “f###### bad motherf#####” too). And sure it was Danny Green’s, green light moment like his championship with the Canadian’s, sending the game into O.T. with the 3. The only Green day the purple and gold welcomes home, apart from the two time A.C. (we’re talking about the Magic to Kobe, Kareem to Shaq gap bridging Forum of the Showtime 80’s to new millennium veteran STAPLE, not air conditioning). But you still put the Mavericks on a poster (L.B.J may throw the quarterback pass pregame with A.D., but the new A.C like a breath of fresh air in a fresh pair, with a fan ceiling hit the touchdown off that touch K.C.P. pass) I want on my bedroom wall like a thousand teen cheerleaders you’ll become a heartthrob for (again…only a slight man crush).

Must Read:
Raptors Turn Lakers Upside Down In The 6

And after D’Angelo, Julius, Jordan, Larry, Zupac and Bryant when anyone says the Lakers traded away their entire Lonzo Ball, Brandon Ingram and Josh Hart young core away for A.D. to be on his way, I’ll just show them that picture of you dunking over Jordan.

What do you mean it’s not real new Jerry West NBA logo?

Well that Grant Goldberg mocked up one of you and that 2001 Philly, championship jacket Larry O’Brien cradling one like Kobe will soon be all too true. From the Black Mamba to the Bald one, you showed us that white men can jump and bald men can fly like an eagle.

Because anything can happen in Hollywood.

And whilst I’m just sitting here like Captain Picard in this next generation you made it so. Running the lane at warp speed, playing point whilst Rondo is out. Going in and proving your the point. There’s nothing wrong with South Bay, but L.A. is the way and my California king you are here to stay.

The hairs I do have left are raising.

In this article:Alex Caruso, Lakers, NBA