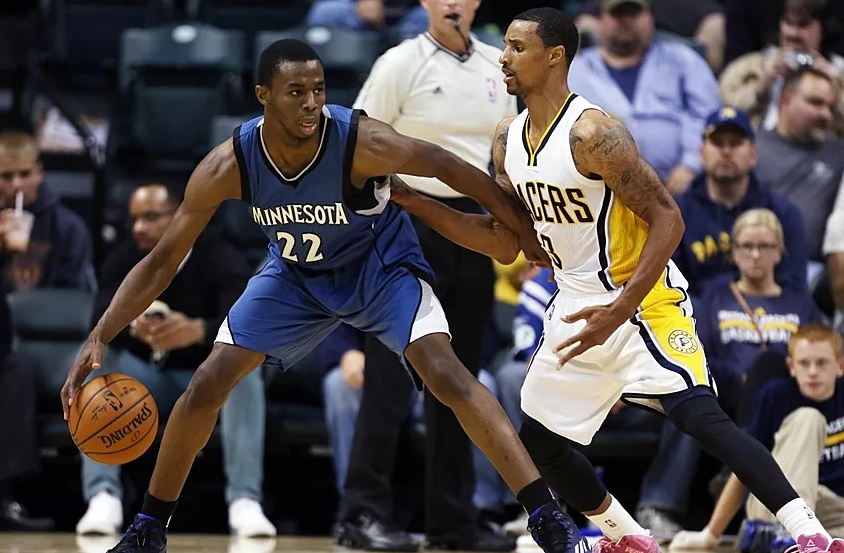 Andrew Wiggins officially kicked off his Timberwolves career with a strong 18 points, 4 rebounds, 3 blocks in his debut against the Indiana Pacers. The number one pick overall of the 2014 NBA Draft looked more polished than the Andrew Wiggins which we saw in the Las Vegas Summer League with the Cavaliers. The Canadian rookie was a menace on the defensive end, moving his feet, cutting off angles and swatting shots with aggression

On the offensive end, Wiggins struggled early on and finished 4-for-11 from the floor, the outside shot looks like it has also improved as Wiggins went 2-for-2 from three-pointers. His activity on the offensive glass and the ability to get to the free-throw line (8-for-10) was on display during his first NBA preseason game and will continue to a trademark for the rookie.

One area which I’m extremely excited to see grow his Wiggins low post game, at 6’7″ and wingspan that stretches from Minnesota to Toronto the rookie has the ability to punish smaller guards on the mid-post, we see flashes of it during the his short, but sweet season with the Wildcats of Kansas in NCAA and were given a further look yesterday as Wiggins took Pacers point guard on the block George Hill and cashed in on a nice looking fade-away that could soon become part off his arsenal just like his patent spin move.