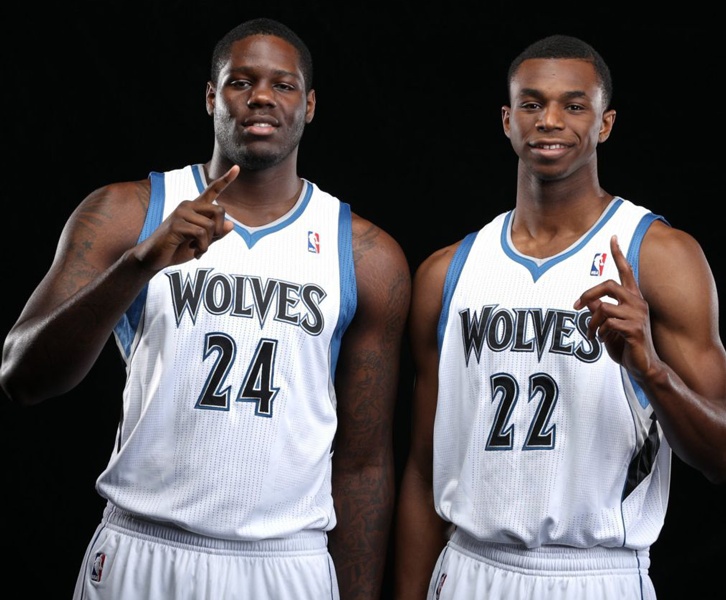 Anthony Bennett is used to the cold

Forget San Francisco! Or even Cleveland, Ohio. Tony Bennett is about to leave his heart in Minneapolis.

Anthony Bennett that is.

Sure things may look hotter than South Beach in Ohio right now with the return of the King and once again hometown hero, LeBron James to the Cleveland Cavaliers. But after taking his talents back from Miami, the Cavs top number one picks of the last two drafts got their raw talents shipped to the twin cities and right now it’s getting real cold in Minnesota. Especially if you are a Timberwolf after all the Love lost for this impressive but regressive Basketball town.

Still Anthony Bennett is used to the cold.

“He should have never made the second round”!

“This guy may just be the worst number one lottery pick of all-time!”

You don’t think this kid id really deaf do you? Still, hear this. This is no cautionary tale. No Kwame Brown bust or Greg Oden injury sick-note to poor scouting reports. The kid that makes his home country Canada proud can really play even if some bad form and box score tell you via social media dilution otherwise.

He could still be the Notorious B.I.G. The Christopher Wallace look-a-like and in playing the 3, but tall enough for a four, with enough bulk for the central 5 position all these numbers could add up to some serious sophomore stars and stats.

Besides its not really like he can slump! Isn’t that right critics?

Now the post Love supreme future of the T-Wolves that is still licking the wounds of their former, favourite franchise face Kevin Garnett has some new kids for their next generation. It’s worthy of a full page add in the city of twins.

The town that raised the symbol of music, Prince has some new young fresh princes, cast and written off, but make no mistake still in this from ink to hardwood paint. Kobe Bryant even told reporters that Cleveland trading this years number one Andrew Wiggins was as big a mistake as the Charlotte Hornets (who he’s forever thankful too) trading him to those Los Angeles Lakers he played a few games for. Lofty words from one of the all-time best. Still its not just Wigging who is about to prove he shouldn’t have been let go of-even for a James, Love, Irving big three-Anthony Bennett wants to show he’s still number one too.

Besides despite what everyone thinks, its not always cold in Canada.