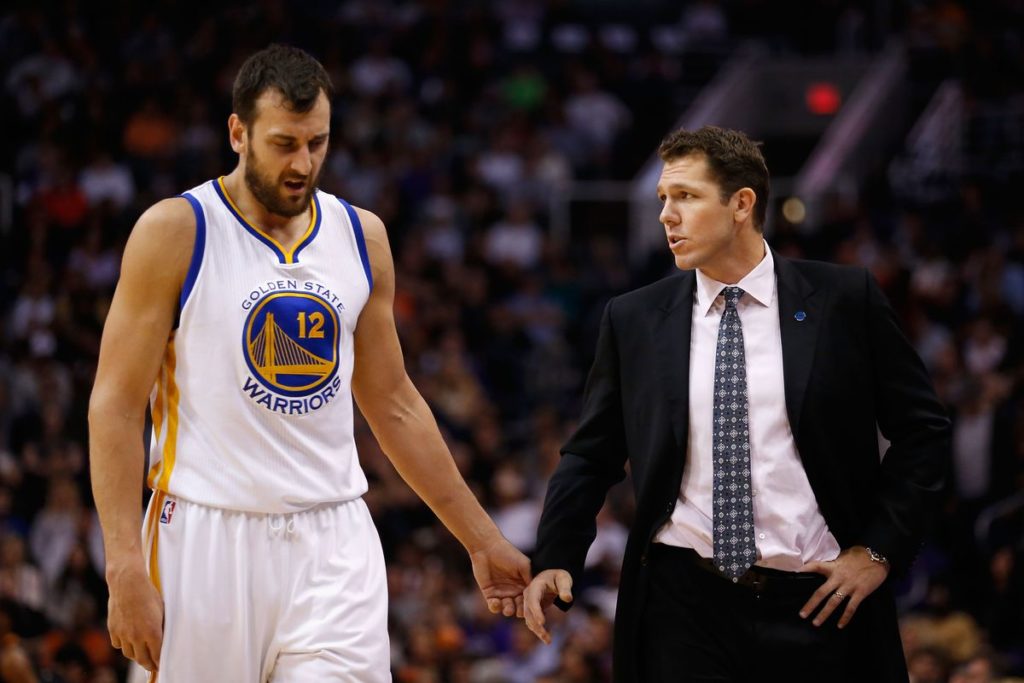 The Bogeyman Goes To Hollywood

Hollywood via Down Under, Andrew Bogut, AKA Australia’s ‘Bogeyman’ has just agreed to the terms of a one year deal with the Los Angeles Lakers for the 2017/2018 NBA season.

The former Golden State Warriors center reunites with head coach Luke Walton and will be dubbed as a veteran presence and influence on one of the youngest teams with the most potential in the L.

But after losing problem children like Nick Young to Golden State and D’Angelo Russell in a trade to Brooklyn for Brook Lopez the Lake Show now have a lot of big bodies to space the floor for their young Warrior like running ‘Death Lineup’. A system of run plays Bogut knows all about under Walton. It’s a good job the Lakers traded the even bigger contract of former Cav champ Timofey Mozgov as part of that deal to the Nets camp, as this team has more 7 footers than a Georgetown Hoya 90’s golden era days reunion. Last NBA centers standing Bogut & Brook will give the young, gunning Lakers a solid, reliable veteran one-two punch rotation at the 5. That can tag team in and out of defending the bigger foes that still last in the former Shaq and Duncan West. They can also provide the necessary mentoringship for impressive sophomore center Ivica Zubac between some D-League stints with Coby Karl’s South Bay Lakers affiliate he will surely see. Not to mention the young bolstered frontcourt of muscled up Julius Randle and the Lonzo Ball alley’s oop finish of Larry Nance Jr.

Brook Lopez looks to start for the new Ball lead Lakers, but now armed with two star decorated vet bigs, Andrew Bogut will push for minutes and starts too as the Lakers revolving dual upfront looks for them to come out big from the tip. Bogut’s journey last year may have spent the season between the Mavs, Sixers (only on paper…not even dry erase) and Cavs injured, but now his Tibia is healed with new bone he looks to spur the inexperienced Lakers on against old rivals like San Antonio. Sure he’s not the 15 point plan scoring threat average of his Milwaukee Buck galloping days. But far from a Luc Longley, he is still a rim protecting glass cleaner that could lead this team in blocks and rebounds even off the pine. Many believe his injury in the 2016 NBA Finals was the reason the Warriors where outlasted by the King. But after the Cavs snapped him up in return before the playoffs last season and ended up having their defended title taken back by the Durant lead Dub club, maybe Bogut is a bogeyman after all. Unlucky for some.

Yet the Lakers don’t need to worry about championships right now. One day the Lonzo Angeles Lakers will rule again, but until then this Aussie will help the Californian kids shine bright during his time under the sun.