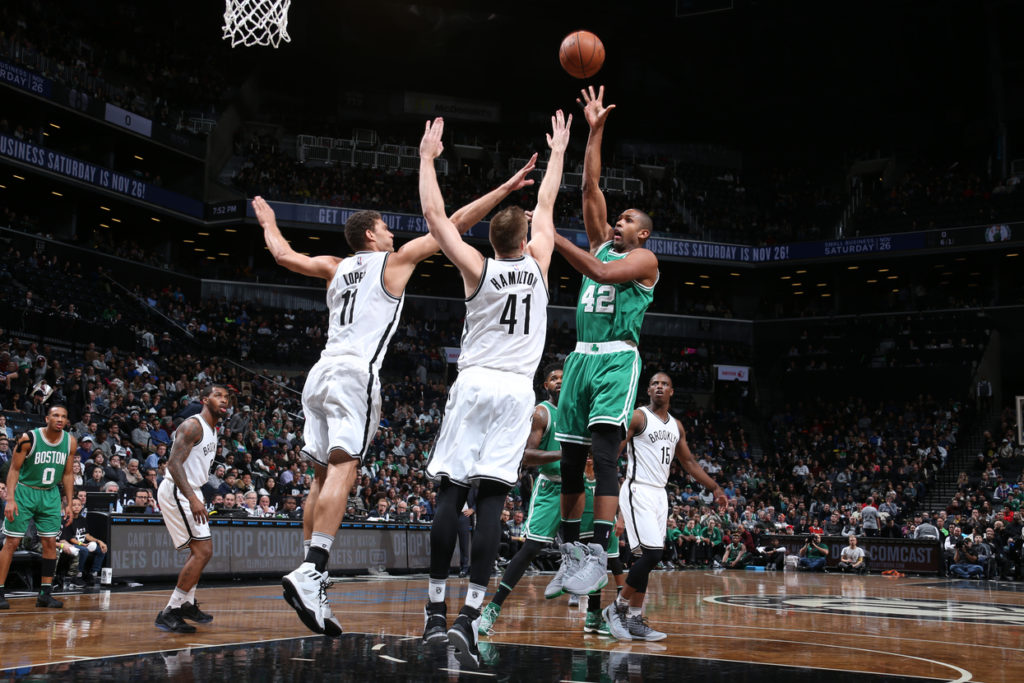 Batman, Birdman and Spider-Man’s Vulture, Michael Keaton once described Michael Jordan’s comeback game for the Washington Wizards against the New York Knicks in Madison Square Garden as “f###### boring” to a British BBC reporter on live T.V. for one of the best and most underrated bloopers of all-time. Such is the nature of rusty opening season games. But if the avian-superhero flew across town to the borough of Brooklyn yesterday he would have had more expletives for last nights game in the B.K. hoping to turn those clouds into pillows.

The Beastie Boys classic states there’s ‘No Sleep To Brooklyn’, but once you’re there according to last nights contest against the Boston Celtics it’s all Holiday Inn and Marriot. As the Beantown green needed more coffee grounds to stay awake against one of the worst teams in the league, albeit the one with the best state of the art arena at Barclays Center.

Fans in the home of Jay-Z usually leave a couple of minutes early when the game is in the can to catch a subway car back to midtown Manhattan before the rush half hour after leaves them stuck in the turnstiles like some old sketch comedy gag. But after this one fans we’re looking for the signs marked ‘Exit’ for quarters to spare. Coming down the stairs with their duvets and pillows ready like disgruntled families looking to sleep on the sofa when their snoring in-laws are in town for the weekend. Ready to put up their free pregame, sixties slick ABA tribute posters, because that’s where their bedrooms are.

Laxadasical isn’t the word…but still it’s a good one.

This match-up between the two Atlantic B’s promised to be a good one…and it still was for hoop heads no matter how much we dozed. But after Basketball Buzz caught a scrappy affair in New York the night before as the Knicks hosted and made the most of Portland in M.S.G., live in the B.K. we didn’t need to see another. Sure the head-to-head of two elite bigs that can go as far outside as downtown in the Nets’ Brook Lopez and Boston’s Al Horford was a good one. But as for the one between the new Isiaah Thomas for the C’s and Brooklyn’s Jeremy Lin, back in New York after his 15 minutes of Linsane fame in 2012 as a Knickerbocker…you only had to look courtside to see a suited in Brooklyn blue specs and dry erase coaching to boot J-Lin to see how that one played out.

Without this marquee duo dual it was up to other role players to make their jersey name. And as most Brooklynites looked like they couldn’t even match-up, let alone suit up for their new, inaugural season Long Island Nets affiliate in the D-League, it was up to the Celtics Jae Crowder to lift the visiting one up, cooking the home faithful like clam chowder from deep. His pot of gold threes needed no luck of the Irish, just more space than Kevin Love hitting a record 34 first quarter points in Cleveland.

Must Read:
Lakers Young Warriors Come Out To Play Against Golden State

In the end the Celtics blew out the Nets 111 to 92, behind Al Horford’s slow but across the line steady 17 points, 8 assists and 5 rebounds, but like the guy next to me at half-time said…”HEEEEEEY”!