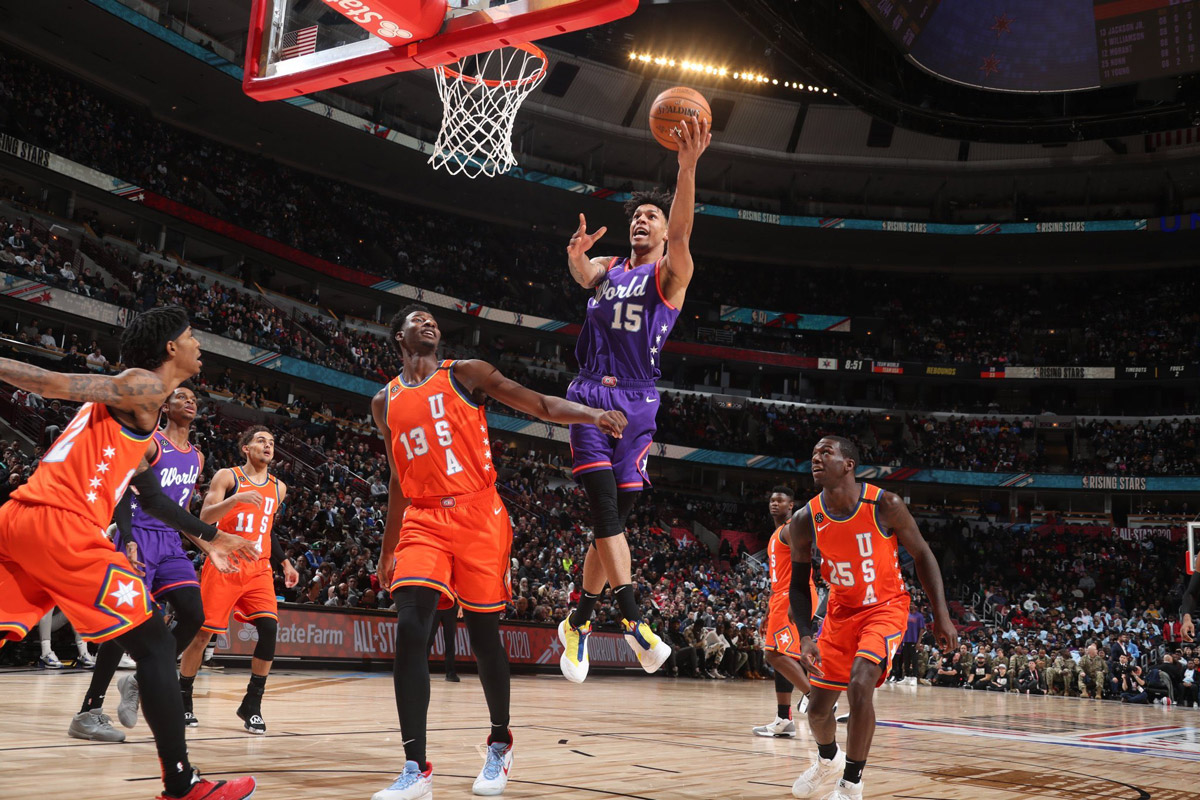 Without a doubt, one of the brightest spots of the NBA All-Star Weekend, is the Rising Stars game.

Since it’s inclusion in the 1994 All-Star game in Minneapolis, it has seen multiple formats and renditions — becoming a fertile playground for “phenoms” and “sensations” to showcase their gifted basketball talents to a global audience.

In addition to Kukoc and Rada, and up until 2000, when the NBA made it’s first format change, from a all-rookie game to a rookie versus sophomores soiree — the game had only featured a grand total of nine (9) non-American players. Arvydas Sabonis (Lithuania/1996), George Zidek (Czechoslovakia/1996), Vitaly Potapenko (Ukraine/1997), Zydrunas Ilgauskas (Lithuania/1998), Michael Olowokandi (UK/Nigeria/2000) and Dirk Nowitzki (Germany/2000) helped provide a blueprint for international expansion.

Steve Nash broke the Canadian trend and became the country’s first representation at the event, playing alongside Lakers’ great Kobe Bryant in the 1997 rendition. Winnipeg, Manitoba’s own Todd MacCulloch added his name to the list in first year of the new millennium, and twelve (12) years later Tristan Thompson (2012-2013) started what is now an eight-year streak of Canadians in the NBA’s Rising Stars’ Game.

Andrew Wiggins opened the flood-gates winning the MVP trophy in 2015 with an electric 22-point performance. Jamal Murray topped his scoring efforts with one of the best games in the events’ history with a 36-point, 11 assist MVP outburst in 2017.

wpDataChart with provided ID not found!

Back then it was hard to imagine the impact that the NBA would have internationally, and across Canada. Despite multiple formats and various renditions, there’s little to no doubt that the idea of what has now become the World versus USA game has been a large contributing factor to the multiplier effect.

Now in its 26th year and in the sixth edition of the it’s latest format, the 2020 game showcased a record four (4) Canadian’s. Rookies RJ Barrett of the New York Knicks, Brandon Clarke (Memphis Grizzlies), Nickeil Alexander-Walker joined sophomore Shai Gilgeous-Alexander in the NBA’s Tupac themed “me against the world” game.

Barrett poured in a game-high 27 points, 6 rebounds, 5 assists and 3 steals. Clarke, arguably the steal of the 2019 NBA Draft was equally impressive with 22 points and game-high 8 rebounds on 11-of-15 shot attempts. Gilgeous-Alexander razzled and dazzled his way to 16 points, 3 rebounds and 3 assists while his cousin Alexander-Walker added 6 points, 4 assists and 2 steals.

Outcome aside, the game featured a bevy of highlights including an impromptu dunk contest in the last minute that included some big time dunks by Brandon Clarke and RJ Barrett.

With such an impact internationally and responsible for giving many rising Canadian basketball players their first true taste of NBA All-Star weekend — it will only be a matter of time before one or two of them makes the leap from Saturday to Sunday like Nash did, becoming an official NBA All-star — five years after his appearance in the Rookie Challenge.