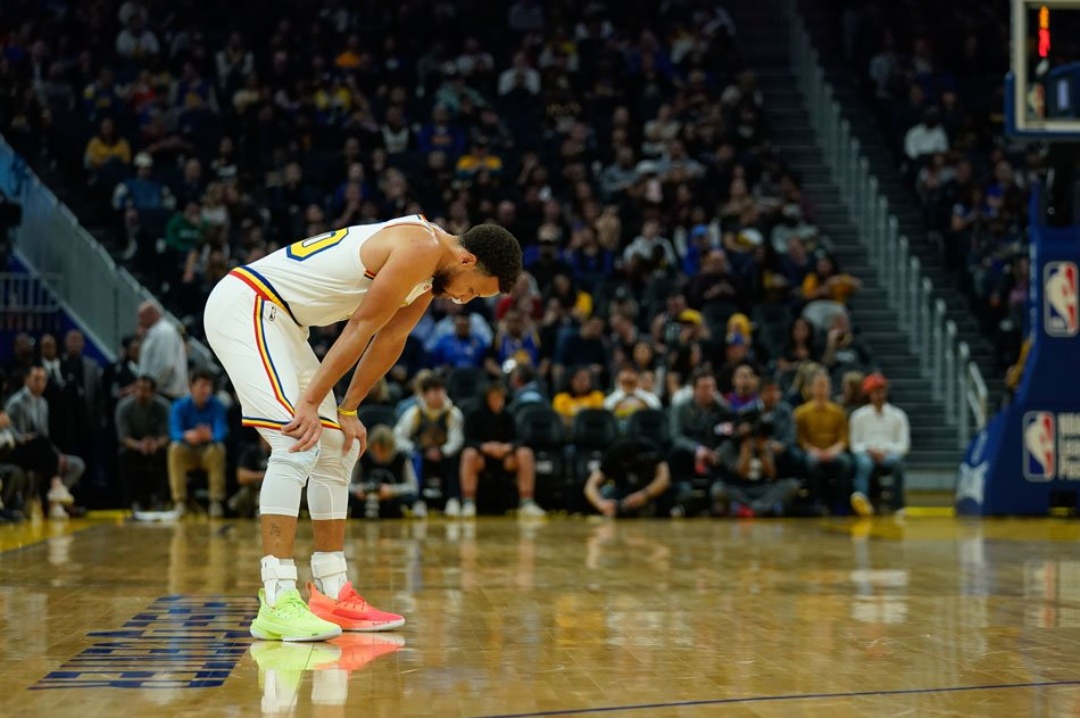 curry is back in the house

That’s what some people really did when Golden State Warriors’ superstar and greatest three-point shooter of all-time Steph Curry went down with injury in November like the rain? They celebrated? Like when former Dub plate Kevin Durant went down in the Finals? What’s wrong with people?

Well everyone was cheering against the Raptors on Thursday night again, but for all the right as rain reasons this time. As it was all Steph Curry with the return in the San Francisco in the city edition jersey like the all-American he is, for his California coming back home across the Golden Gate.

And if anyone thought he’d be rusty like red of the bridge then he saw exactly that as God’s son made sure all those who hate had hell to pay.

As soon as you saw the gum shield hanging out his mouth you knew it was on as everyone’s jaws dropped like there’s something in the water.

Especially those who did nothing but talking.

Dropping 23 points in 27 minutes like Biggie unexpectedly did like bird s###, Curry also had 7’s in both assists and rebounds like a BTS ‘Map Of The Soul’ album as the San Francisco (Golden State) Warriors beat the reigning champion Toronto Raptors 121-113.

Out of Oakland it’s been all change in the Bay Area this season for the Warriors inaugural campaign back in San Fran like flowers in your hair. As Coach Kerr, no stranger to downtown himself admits this franchise will never be the same as the Dub dynasty they had across the other side of that bridge. Durant is on the Brookyn one now and even he is injured like Klay Thompson. The Dub Warriors tried to add splash in former Net D’Angelo Russell but now he’s accepted Karl-Anthony Towns friend request in Minnesota for the twins. Golden State got Canadian star Andrew Wiggins from the Wolves in return. But they need more. Just like they need more from Draymond Green apart from running his mouth with Charles Barkley.

But they will round back into the mound of the team they’re supposed to be now their leader is back. Even if he is out today with the flu…NOT Corona. EVEN if last year’s finalists may struggle for a berth with the postseason on the horizon like tomorrow. But it’s a new day now. Celebrate and make your jokes now, but the smile of Steph will have the last laugh like the other side of the Joker card Joaquin. Still a top five dead or alive. A year after having a famous five with DeMarcus Cousins (who in a sick note of an association has had his own injury issues, just last week being waived by the Lakers), the Steph, Klay and Dray big-three seems much more championship concise or at least a best West mainstay for years like the new Tim Duncan, Tony Parker and Manu Ginobili, San Antonio Spurs holy trinity.

Add Wiggins and it’s a wrap.

Just ask Steve Kerr, “it feels like it’s on again”. There “a different team” when “(Curry’s) on the court”. A team like the good old days. Even if they were only a season ago. You love to see it.

The Curry house just got hot again. The chef is back in the kitchen to Harden stir the pot like a media prepared Freak beef.