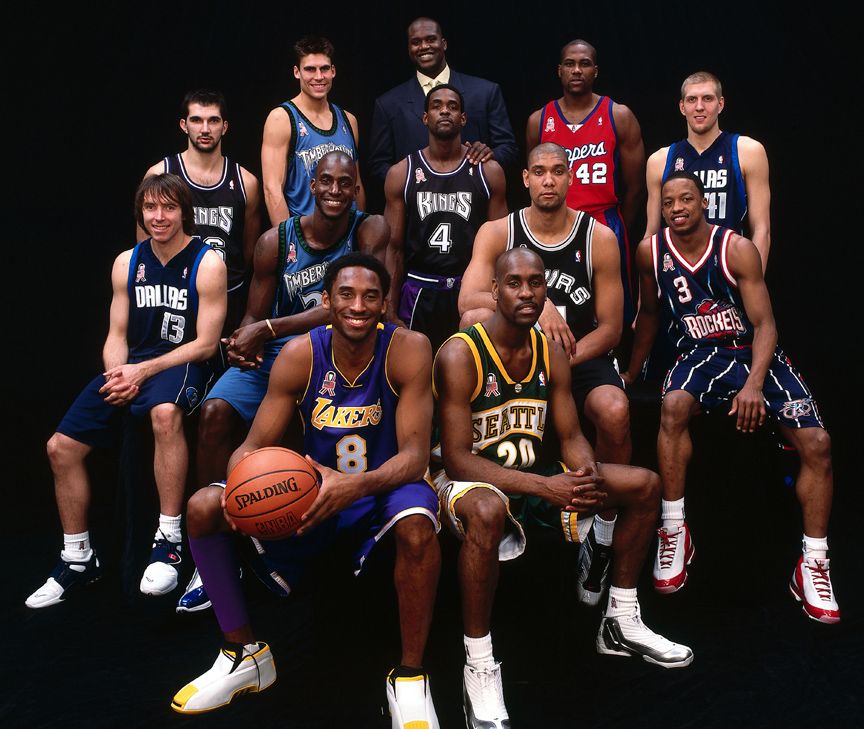 deck the hall with kobe kg and timmy

Aside from Shaq and The Answer (who already have their place there like a hotel reservation, no question), no players represent the post millennium Jordan golden game and pre King era than the big-three of Kobe Bryant, Tim Duncan and Kevin Garnett.

And we all know that co-star of Adam Sandler’s Oscar gold ready ‘Uncut Gems’, K.G. and his Paul Pierce and Ray Allen Boston Celtics were responsible for running LeBron James out of Cleveland for the talents of South Beach the first time round.

Yeah right like you were run out of Minnesota by Kobe?

But seriously the former Los Angeles Lakers, San Antonio Spurs and Minnesota Timberwolves/Boston Celtics legends lead the Class of 2020 stars nominated for an induction to the Naismith Basketball Hall of Fame. In what should Tokyo 2020 be an Olympic big year and hot Summer for sports they join a whole host of hoop candidates looking for their vote like we’re looking to impeach the orange man.

Returning candidates from the same new millennium era, Chris Webber of the Golden State Warriors and Sacramento Kings and Detroit Pistons Ben Wallace and Chauncey Billups are back where they belong on the ballot. Whilst if that wasn’t enough for your 2000’s dream team, Phoenix Sun riser to the rim Shawn Marion and Toronto Raptor/Miami Heat great Chris Bosh are all looking for your vote.

And who better than nominee George Karl to coach them?

How about Rudy Tomjanovich?

In a crowded corridor en route to the halls of Springfield we also have the likes of C-Webb’s Kings coach Rick Adelman, fan favourites like Knick Marcus Camby and Charlotte dynamo Muggsy Bogues as nominees. Not to mention another big-three in Fin dog, Michael Finley, the face-mask of Piston teammate Richard ‘RIP’ Hamilton and the crossover revolution of Tim Hardaway looking to join his three the hard way Run-TMC teammates of Chris Mullin and Mitch ‘The Rock’ Richmond in orange jackets.

Must Read:
Carl Nicks with the Canadian assist

In the WNBA too Swin Cash leads a who’s who of names looking to bank on a trip to Massachusetts. Tamika Catchings and WNBA legend and someone who will soon be the first female NBA Head Coach, Becky Hammon, sitting on the San Antonio sidelines mentoring Tim Duncan right now…mark these words.

And if that wasn’t enough classic commentator Marv Albert looks set to make his Hall of Fame speech too…YES!

In an iconic roll call of Basketball legends that will surely make for a class of their own, best in years show, not every name will be elected. But before April the 4th’s announcement for the September enshrinement we will know our court cupid finalists come Valentines, February 14th. And with Da Kid hoping to punch his Big Ticket next to the big fundamental and the G.O.A.T. with two numbers in the legendary Laker rafters to the Hall of Fame, nothing is bigger than this big three of nominees surely already first ballot, front row seat reserved.

The man that won the NBA’s first Oscar and his peers better get his speech ready because from the big man rivalry of Duncan and Garnett and the classic chapter of the storied Celtics/Lakers one in K.G. and Kobe you’ve never seen a trinity as holy as this.

So raise your glasses as we propose a toast.