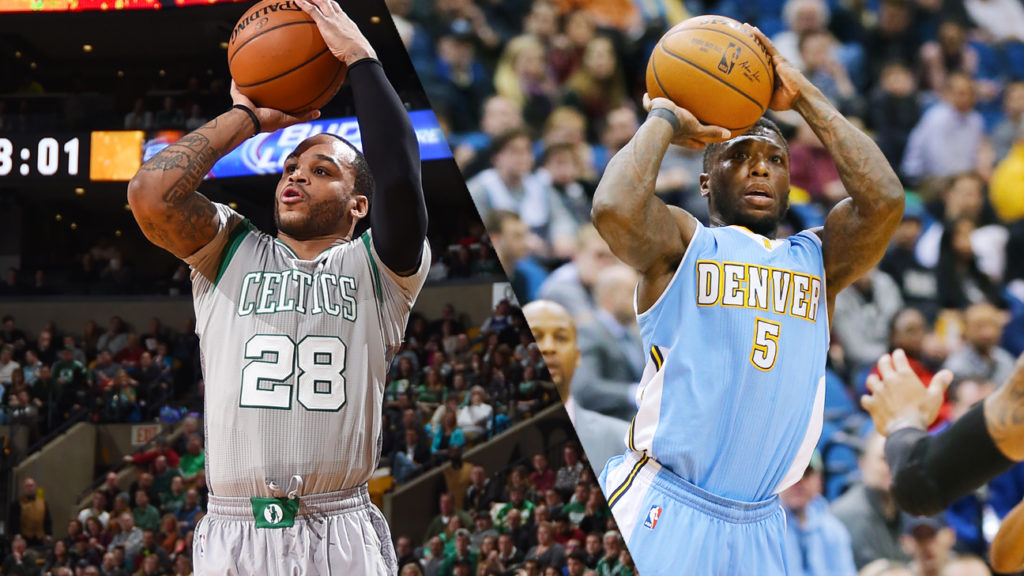 How’s this for a point made and changing of the guard? With the Boston Celtics and Denver Nuggets both needing an energetic, spark-plug guard off the bench to point them in the right direction, they found that in each other’s collective benches and their traded bargaining agreement.

Like for like P.G’s were swapped. As the Celtics sent Jameer Nelson to the Rocky Mountains of Denver Colorado for new Boston boy Nate Robinson.

Nelson hasn’t been in a Celt uniform for long. He was part of the blockbuster trade with Dallas that made Celtic icon Rajon Rondo a Maverick. Not many points would be accepted in return, but the muscle of Nelson with a similar frame and game could have been the perfect mentor to rookie and luck of the Celtic Irish future Marcus Smart. The speedy, run and gun guard will, however, be a golden Nugget to help mine some success behind Ty Lawson’s city of Denver squad.

Meanwhile after shrugging and slamming off an injury, ultimate spark-plug and dunking dynamo of the guards Nate Rob is welcomed back to the C’s with open arms of fan celebration. After trading another big-name potential player in Jeff Green, the Celtic green is cleaning house no matter the colour coordination. Its already been a tough year in the strong Boston, but some Celtic pride will come with Nate’s in-game highlight reels and his contagious enthusiasm of passion will catch on for a team in need of an inspiration boost.

With similar stat lines and court contributions neither team loses out on what on paper seems like an unnecessary deal, but the cards ard laid out for a fresh start and a recharged backcourt bench with this simple squad switch.

Get the point? These teams sure have!