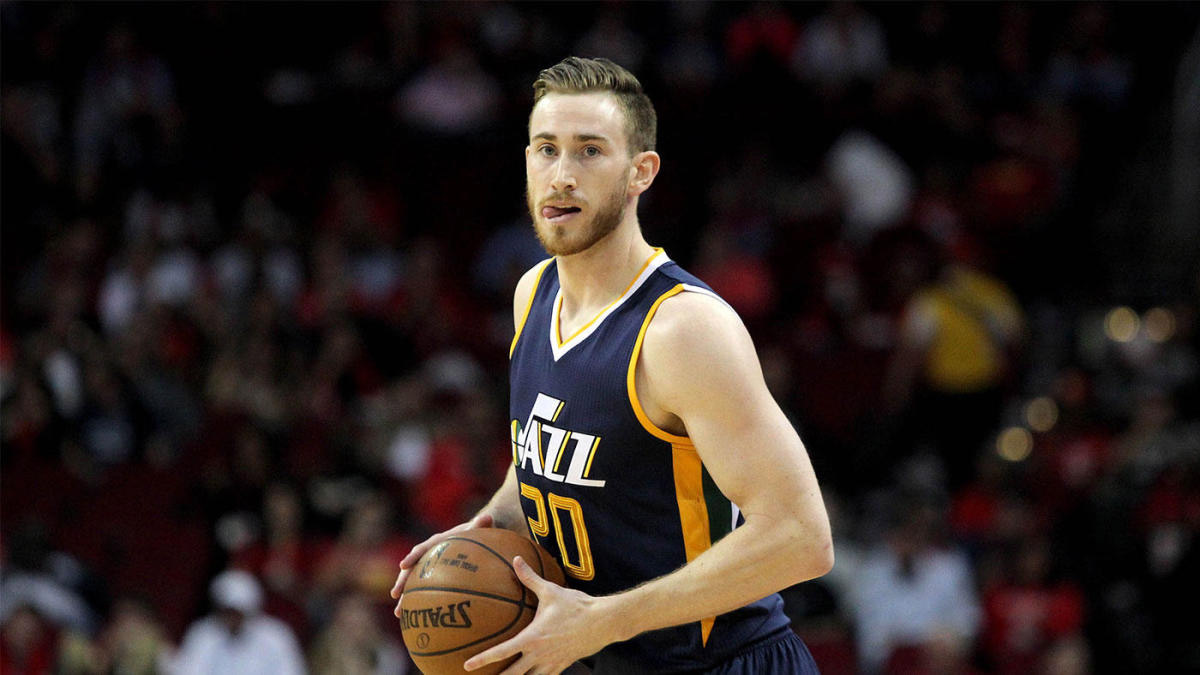 Flash Gordon Hayward Is The Saviour Of Utah

Pick a time when the Jazz never sounded quite so sweet and roll with it like you were spinning a classic Thelonious Monk record.

Maybe go behind the back and shoot with ‘Pistol Pete’ Pete Mavarich. Or the most underrated star of the golden era 80’s, Adrian Dantley. And then of course there’s the M.J. years of the 90’s when and were basketball forgot its borders and truly got big…global big. When before Shaq and Kobe or even the big couple break-up of Durant and Westbrook, the pick and rolling John Stockton and Karl Malone were the dynamic duos of dynamic duos. Even outlasting the Seattle Supersonics’ Shawn Kemp and Gary Payton and only coming apart when the Mailman and aforementioned glove suited up alongside each other to try and bring Shaq and Kobe back together in L.A.

Under legend Jerry Sloan, Stockton and Malone became the two co-biggest Utah Jazz players of all-time. Almost winning it all until Michael Jordan got in the way again and Byron Russell didn’t quite get in his despite his dogged defence one of the 90’s best key role players will always be remembered like a Nick Anderson for this poster moment. Since then despite poor man Stock and Malone clones in the nice one, two punch of Carlos Boozer and Deron Williams, things have been so salty in Lake City the Utah faithful have wanted to cut their own arms off like James Franco in ‘127 Hours’, just so they have something to throw at the team from the Delta Center nosebleeds. As a matter of fact do you remember that scene in the Danny Boyle movie where Franco’s girlfriend leaves him in the middle of a Jazz game? Well…his face said it all.

But now the Jazz are really a team of note.

First came the green, white and blue rebrand that looked as classy and vintage as a Mitchell and Ness throwback from the days Jazz players called Malone had first names like Jeff. Then future faces like Dante Exum and Derrick Favours. And big names like Joe Johnson and George Hill. Now this team are Rodney Hood and Boris Diaw deep. And lets not forget fellow Frenchman Rudy Gobert. The ‘Stiffel Tower’. But take a look at the city from that landmark and you’ll see the guy that really runs it. Flash Gordon.

O.K. so that’s Dwyane Wade’s nickname in Chicago. But it’s time we gave Gordon Hayward one. Because whilst people are talking about whether this guys an All-Star, we’re wondering if this superstar is in the MVP race. He’s chasing down LeBron numbers…across the board. He damn near looks like the Jerry West logo when he drives. Speaking of Laker greats, he’s training with Kobe Bryant. Remember when once rising star O.J. Mayo wanted to practice with Bean? And Kobe said I’ll see you at three. And then hours later there was no Mamba. Not even a sip of Vino. So O.J. called up Bryant and asked him where he was at. He’d been waiting ages. And Kobe said he was there. He was waiting on him…at 3am.

You know Hayward knows what time it is.

Gordon is more than a benefit for Utah. He is the Jazz leader like a court conductor. Ever since he got that Brad Pitt ‘Fury’ haircut that’s the style right now he’s been a cut above the rest, going to war. Now he’s all the talk of barbershops. As a matter of fact when this writer rocked a Jazz tee taking a flight out of the T-Dot the attendee checking my passport was more interested in talking to me about the team on my chest and its franchise player, rather than where I was going or whether this bearded, long-haired traveller looked like the clean-shaven baby face on my passport. Now we’re not just thinking playoffs we’re looking at a run as deep this team is. With Hayward and Gobert going at it as the most underrated dynamic duo in the L, with the veteran one of Johnson and Hill and the youth movement of Favors and Exum showing this squad really is a complete team. Their goals? The Golden State of Warrior basketball. Sure the dubs have Kevin Durant, Stephen Curry, Draymond Green and Klay Thompson…but Gordon Hayward could go one-on-one with any of them.

This may be the hip-hop generation like Drake the north in Toronto for the 6 Raptors, but they say basketball is like jazz. And nothing sounds more like Jazz basketball than the name Gordon Hayward right now.

He’s our pick…roll with it.