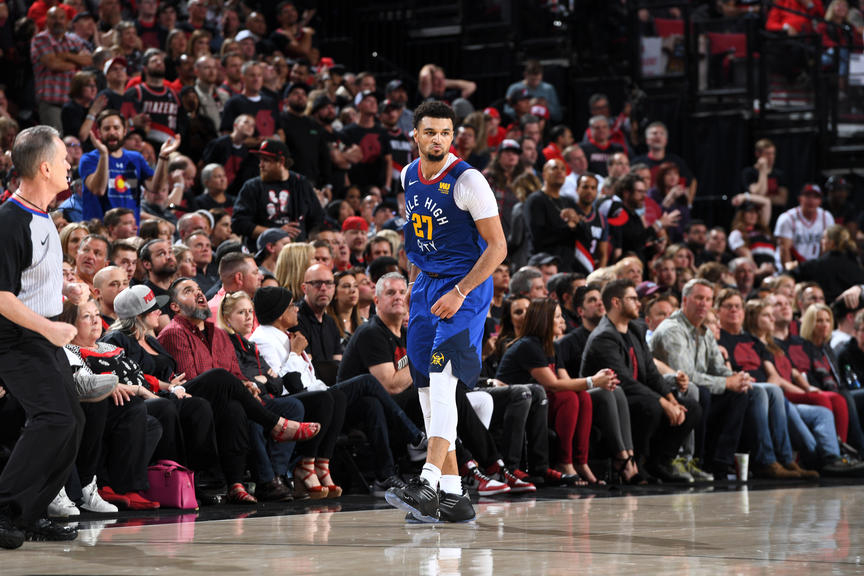 Murray shot 14-32 from the field, 4-of-12 three-pointers and 2-of-2 from the foul line despite fighting being hobbled by a leg injury.

Unfortunately, for the Nuggets they failed to close-out the game on multiple occasions, falling 140-137 in quadruple overtime.

Jamal Murray poured in 16 first-half points and rallied the Nuggets to a 100-95 lead on back-to-back long jumpers with 1:56 to play in regulation.

The Nuggets trail the Trail Blazers 2-1 in the best-of-seven series.

The four overtimes marked the first time a NBA Playoff reached the distance since the Philadelphia 76ers squared off against the Boston Celtics in 1953.

Murray’s 34 points is the most points scored by a Canadian in a NBA Playoff game since Steve Nash’s first MVP season and epic 34-point, 13 rebound, 12 assist triple-double in the 2005 Western Conference semi-finals.

The only two higher playoff scoring outputs also belong to Nash with 39 and 48 points in the same series between the Phoenix Suns and the Dallas Mavericks.

Additionally, Jamal Murray’s 32 field-goal attempts sets a new record for the most attempts by a Canadian NBA basketball player — both in regular season or playoff game – surpassing Murray’s own record during his 48-point outburst against the Boston Celtics and Andrew Wiggins (41 points vs. Washington Wizards on January 2017) — and is the most by a Canadian in a playoff game since Nash’s 28 attempts in his super-efficient 20-for-28 career-high 48-point outburst.