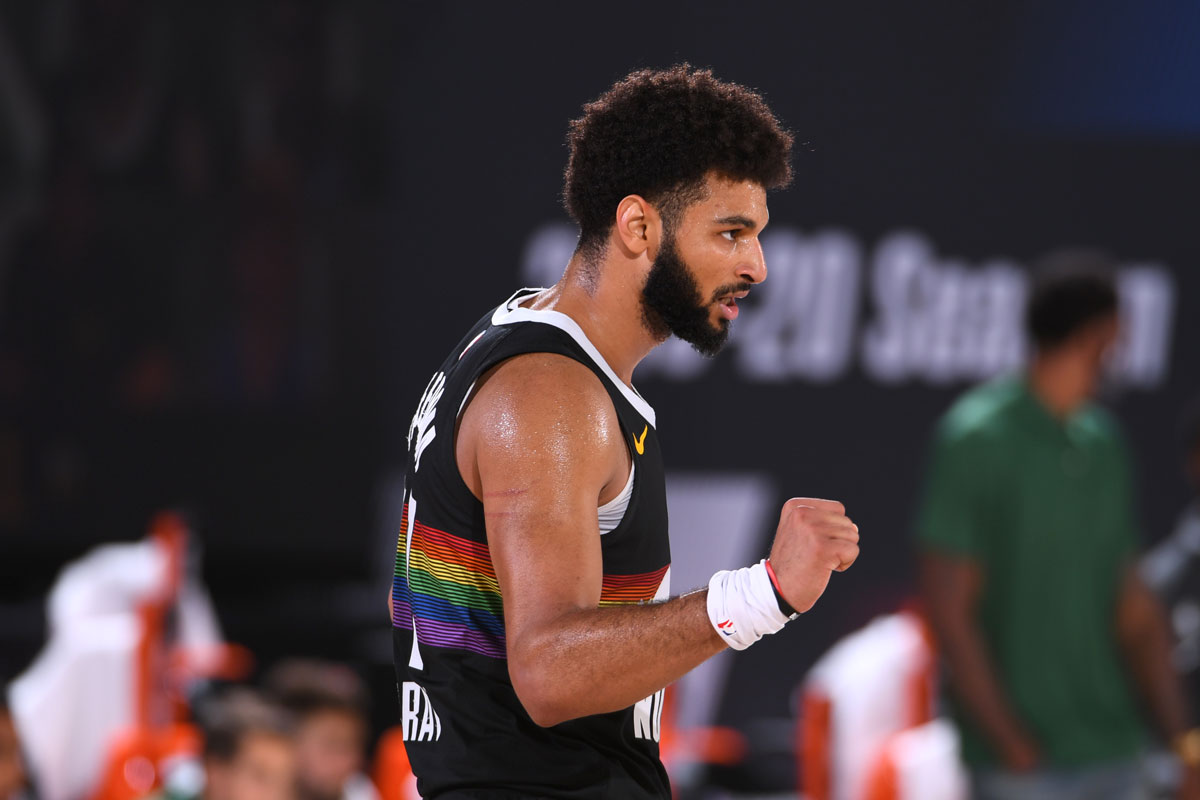 Legends are made in the NBA Playoffs, and Canadian basketball fans have never seen anything like what Jamal Murray is doing in the 2020 NBA Bubble.

A day after breaking the all-time Canadian NBA scoring record with a historic career-high 50 points, Murray continued his spectacular post-season play with another electrifying and sizzling performance to help the Denver Nuggets stave-off elimination in a thrilling 117-107 come from behind Game 5 win over the Utah Jazz.

The Kitchener, Ont., guard scored 33 of his 42 points in the second half, added eight rebounds, eight assists and zero turnovers. Murray became the first player in NBA history to reach back-to-back 40-point outings without recording a single turnover, since 1977 — the year the stat started negatively impacting individual and team box-scores.

Additionally, the Canadian guard puts his name side by side with the GOAT, joining Michael Jordan as one of only two players to follow-up a 50-plus point NBA Playoffs game with a 40-plus point game.

It’s hard to find a more efficient two-game stretch of basketball than what Murray has delivered — 84 minutes, 92 points, 19 rebounds, 15 assists and zero turnovers. Add in the fact that he’s shooting a ridiculous 35-of-57 (61 per cent), including 13-of-23 (56 per cent) from three-pointers and a perfect nine-for-nine from the charity stripe.

The Nuggets victory forced a Game 6 in one best first-round match-ups of the 2020 playoffs. Denver currently trails the series 3-2 and will look to force a decisive Game 7.

Murray now has the top three NBA Playoffs scoring performances by a Canadian, dropping 50, 42 and 36 in the series to push his scoring average to 30.8 points per game in the post-season — trailing only Donovan Mitchell (37.6 PPG), Kawhi Leonard (32.8), James Harden (32) and Giannis Antetokounmpo (31.3).

The 23-year-old, fourth-year Canadian guard has reached the playoffs in back-to-back seasons and in just 19 games, Murray has surpassed Cory Joseph for most career points in the playoffs. He now only trails Steve Nash, Rick Fox and Tristan Thompson.

Although Murray has plenty of work to do before he surpasses Nash’s NBA Playoffs numbers, it’s fair to say his back-to-back outburst will go down in Canadian basketball history as arguably one of the greatest individual performances of all-time.