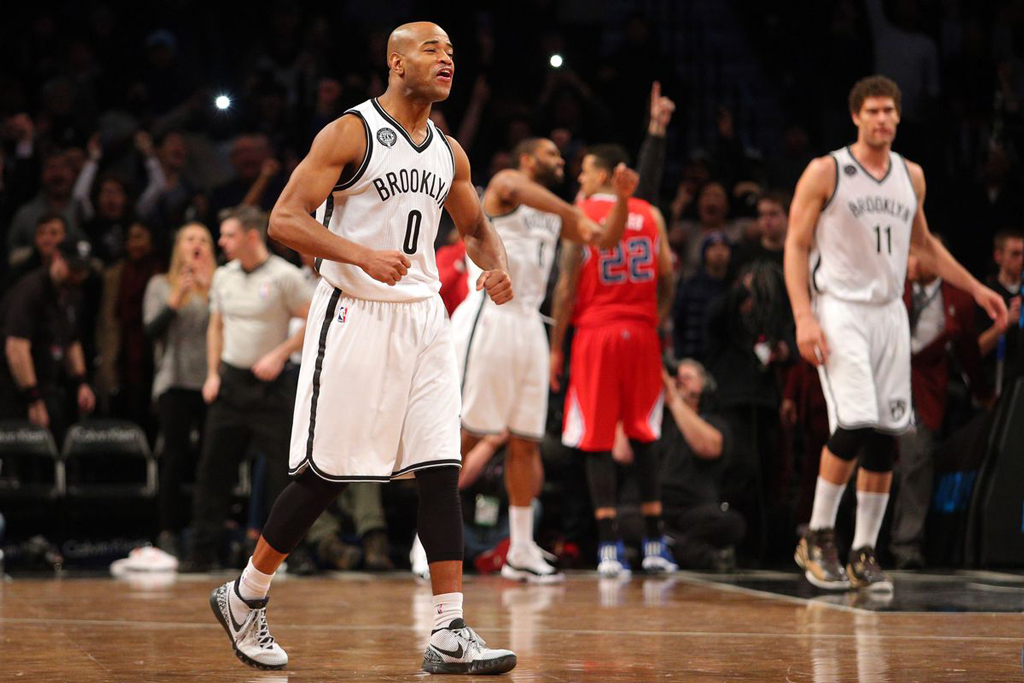 Pop! When the big three of Deron Williams, Joe Johnson and Brook Lopez and the legend Kevin Garnett isn’t enough, the Brooklyn Nets crank up Jarrett Jack off the pine. As this potential ‘Sixth Man Of The Year’ weasels himself to the basket, this surprise of a struggling New York borough team should be renamed the ‘Jack In The Box’.

When he’s popping forget your microwave player or your corn condiments because you cant take you eyes off court when he’s in class. Averaging just a shade under 10 points a game and a blink over 3 assists per, Jack, a former journeyman of all trades in Cleveland, Indiana and Toronto has found a home he can bank on in Barclays.

The former Georgia Tech yellow jacket who was a college stud is gold for the B.K. when he rips off the warm-ups. He shoots so well those Brooklyn blue Nights jerseys are about to rip at the seams and sleeves. And you thought it was all grey this fall for the Knickerbocker neighbours. Madison Square Garden could use a guy with his Mecca talent too taking over games. More than averages this box score filler can explode as he makes. The zero on his jersey is just a contradiction. You want a spark, he’s got it plugged. You want some buckets, he’ll drain them and give his teammates some water too.

Right now Jack, Jarrett is the difference maker in this Net struggling year, with no sleep to the postseason. This boys a beast! Even the Royal Family got to see this young Princes crowning moments. Any team in the league now would like an appointment with this guy. Right now you’d be hard pressed to find a bench player more gifted on the hardwood.