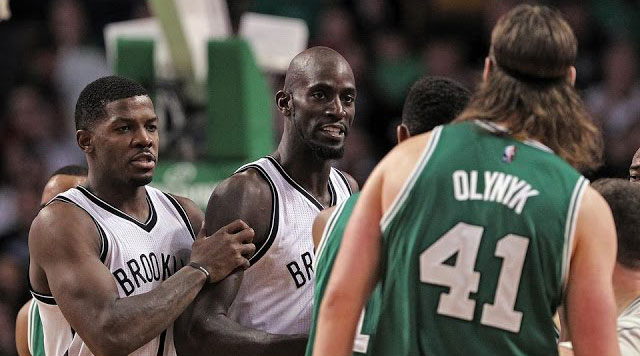 Canadian big men Kelly Olynyk has garnered much of the attention during the Celtics preseason and for very good preseason. The 7’1 rising star from Kamloops BC has been giving the “Green Light” to start and play more freely. Last night in the Celtics 2014-15 season opener Olynyk didn’t disappoint going up against from Celtics greats Kevin Garnett he put a strong effort of 19 points, six rebounds, 2 assists and a steal on 8-of-14 shooting.

In this article:Boston Celtics, Brooklyn Nets, Canadians in the NBA, Kelly Olynyk