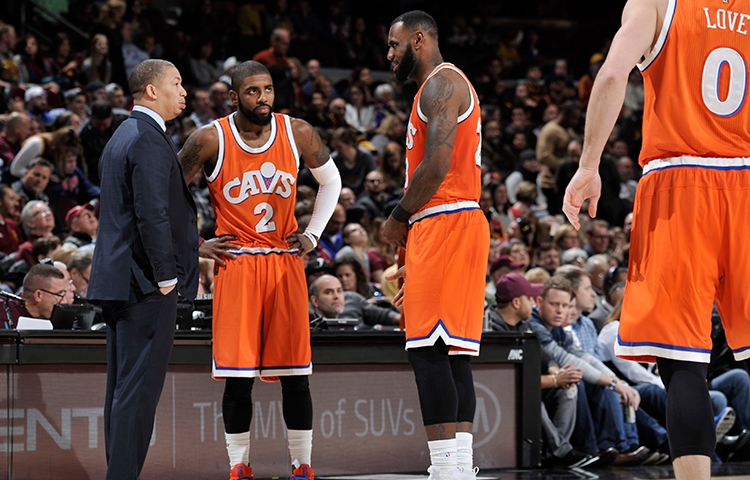 The King And His Land Have The Juice In Cavalier Orange

Kicking the Hornets nest 116-105 this weekend, the Cleveland Cavaliers showed Charlotte just how good they are.

The reigning champions are still buzzing in basketball.

After Los Angeles Lakers microwaved super-sub and potential ‘Sixth Man Of The Year’ (unless teammate Nick Young has anything to say and shoot about it…the Lakers have two sixes like the Toronto Raptors do with superstars in Kyle Lowry and DeMar DeRozan) Lou Williams recorded a record 137 points off the bench (a 34.25 average) over four games and counting. And Chris Paul across the hall for the Clippers became the first NBA player since the Utah Jazz’s Rickey Green in 1984 to record 20 assists (to go along with the same number of points) and zero turnovers, not giving up the ball once. The Cavs took it back to the 80’s too, as LeBron made his own milestone moments, miles ahead of the competition.

Normally Hornets (in teal) come with a black and yellow warning like Wiz Khalifia. But as the Cleveland Cavaliers became the orangemen like Syracuse (throwing it back to the 1983-87 CAVS jerseys made famous by Ron Harper, Mark Price, Brad Daughtery and the revolution of World B. Free), L.B.J had the O.J like Bishop as he made the ball and net look like the Mitchell and Ness jerseys ‘V’. A more Jerry West like throwback jersey 44 points (including 17 in the final fourth with an unlucky for Charlotte 13 straight) 10 assists and 9 ‘bounds from ‘Bron paced the Cavs as the the new NBA logo took the sting out the Hornets and put the squeeze on them.

But in this Hardwood Classics night, the leagues champion and superstar threw it back even more to the ole’ vintage as King James rewrote the histories record books with his new testament. The book of ‘Bron featuring chapters dedicated to Moses has seen him just pass Elvin Hayes for 9th on the all-time NBA scoring list behind the late, great, dearly departed Malone. And now the King sits atop the throne alone again as the only frontcourt player in league legend with 27,000 points and 7,000 assists…and that records only going to get more unattainable for his court contemporaries. That’s even bigger than CP3 and Sweet Lou’s week combined.

Oh and Kemba Walker had 24 for the visiting Charlotte in the Q.

But in this arena that was just a loan as it all went south for M.J.’s men, for the new G.O.A.T. and one, true King just paid off the mortgage on his castle.

The rest of the league can’t throw rocks or even fruit from where they stand now. They’re just coming up with tossed chalk.

As God is all our witness.