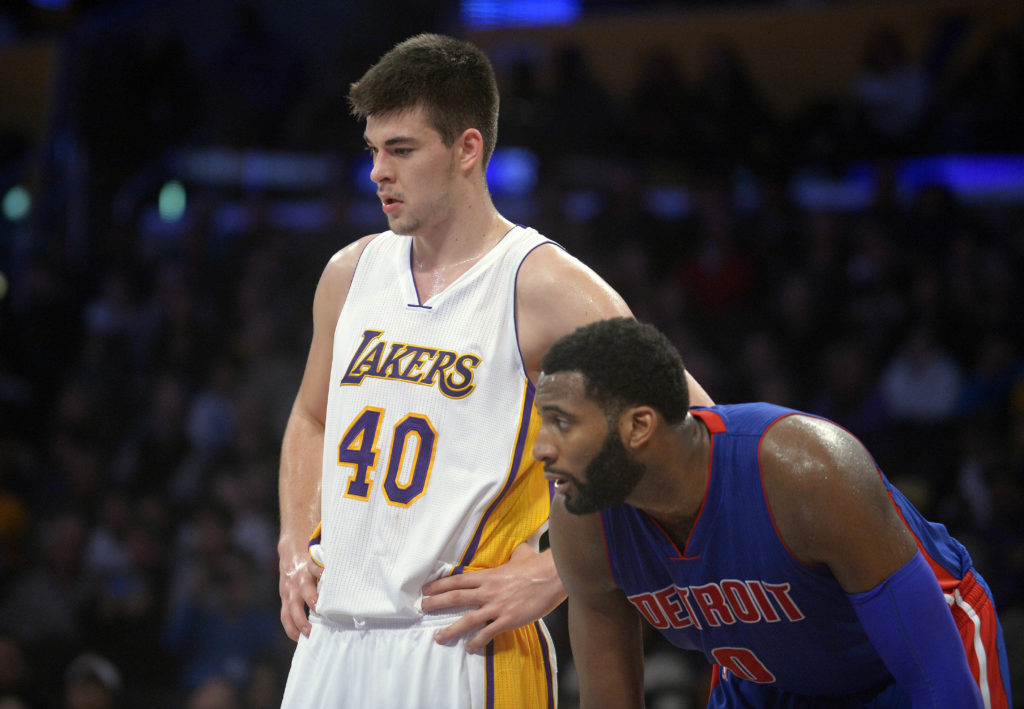 How do you want it?

“Wait! What?” We hear you say! You’ve seen the Zubac Shakur t-shirts. The Zudacris album cover memes. Even the official Lakers Instagram post mere minutes ago stating that they’ve just landed in “Zuston”, Texas. Yeah they’ve got a problem in downtown Los Angeles…for everyone else that is.

Because 7-footer Ivica Zubac is the next big thing for the young Lakers and their central 21 or younger core.

And all eyes are on he. Even if the skinny on Zubac is a long way and career from the rafter heights of giants like Mikan, Wilt, Kareem and Shaq. The Goliath Gods of storied Laker legend history.

Yet still the Lakers rise, searching for better days…we’re surprised they even know who 2Pac is.

But soon the whole league is going to know who Zubac is…even if L.A. have to rename themselves the ‘Los Angeles Lakerz’.

Those ‘Thug Life’ youtube videos are about to take on a whole new meaning.

Ivica has been inspiring for a live and die in L.A. minute now. Ever since graduating from the D-League D-Fender affiliate assignments to a starting position in the middle of these new young guns of Hollywood that even sees reigning NBA champion with Cleveland, former Cavalier Timofey Mozgov shut down for the remainder of the season. Sitting with that contract almost as big as he is for what may be his last purple and gold campaign. And we thought a talent like All-Star Luol Deng sitting on the bench was crazy. But have you seen fellow Dukie, rookie Brandon Ingram really play to his Durant potential? Never mind that have you seen the Lakers “other” rookie play lately? From holding his own against former Laker future big man of a legendary lineage Dwight Howard, whose script was rejected in La La Land, to the records he broke just last night. And you thought the purple Lakers struck second round gold in the last two drafts with Jordan Clarkson and Larry Nance’s boy. Man is it third time just as lucky. And with three top ten picks that are anything but busts the Lakers are a six shooting team with the California golden future and State Warriors in their sights and scope. Rounding out as a complete team right now, from the backcourt brodies to the versatile swingmen and bigs there are no holes in this chamber…not even the middle.

And this came before all the tricks from Magic Johnson’s trade as the elected President of the Los Angeles Lakers next to first lady Jeanie Buss and G.M. and former Hollywood agent of Kobe, Rob (Lowe) Pelinka. Now this youth in revolution led by barely out of his player days and still in his playing years head coach Luke Walton is so young and strong, the brass led by Buss doesn’t mind trading old for young. From letting go of talent like probable Sixth Man of the Year Lou Williams and foreign points Marcelo Huertas and Jose Calderon for the impressing likes of Corey Brewer, Tyler Ennis and another D-League L.A. D-Fender call up, dunking David Nwaba.

Must Read:
Kuzmania Starts A Forum For The Lakers To Play A Game In Inglewood Next Season

But last night it was another former development league stud that was putting the D on Denver last night. Swatting shots off the glass as per his new trademark style and getting the crowd out their seats with his two handers on the other end he usually starts or ends with a rebound. Even if Ivica Zubac called out that the Lakers should have been “ashamed” of themselves following their tank like 129-101 loss in the mile-high city. Despite Denver’s new international star Nikola Jokic, AKA ‘The Joker’ holding all the cards and Nuggets stating that this Croatian is going to be “really great” in the NBA. The Lakers may have lost a lot lately but they have really won with Zubac, who has followed all his breakout games for L.A lately with a big, record 25 point and 10 rebound outing off a field goal percentage of 80 last night.

Becoming at just 19 (remember this kid is still a kid…imagine how Gasol good he will be by the age of his jersey number. Let’s hope Pau’s former team has learnt from their Marc mistakes), the first teenager in Lakers history to record a double, double off 25 points or more. Before all these kids (and Andrew Bynum (sic)) do you know who the last Lakers teenager was?

Are you still down?