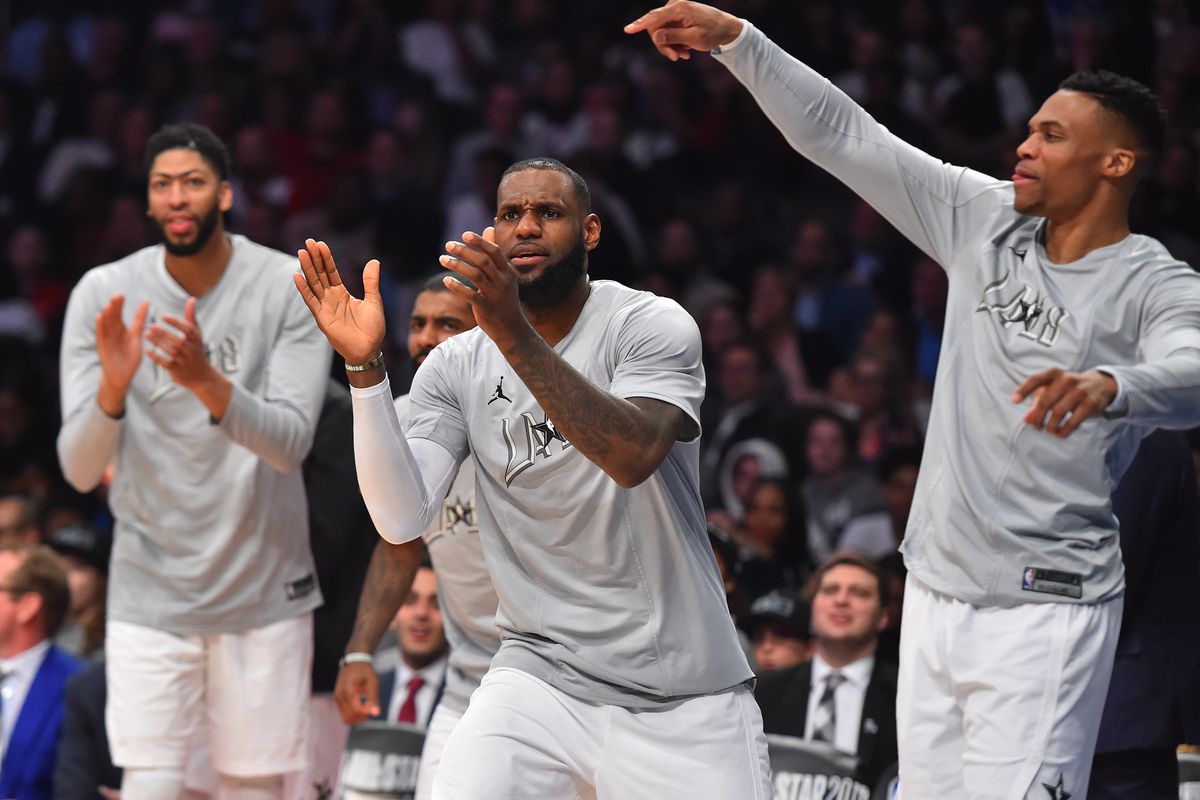 Lakers trade for westbrook on draft day why not

Get ready for the ‘Motor Cade’.

With the first pick in the 2021 NBA Draft, Adam Silver told the world that the Detroit Pistons selected Cade Cunningham from Oklahoma State.

Straight out of the draft and into the Motor City assembly line, expect Cunningham to drive the Pistons back to the palace. His ceiling doesn’t have glass. Only a head in the clouds, above the rim.

Coming in with the silver draft position the Houston Rockets selected Jalen Green from the G League Ignite. A landmark draft pick that looks to move this earthbound franchise away from their ‘Harden Rockets’ era.

But how are you going to pass up on Evan Mobley?

The Cleveland Cavaliers certainly didn’t. Finally looking for their post King and Kyrie era now they are still lost in Love.

Scottie Barnes comes to Canada with the Raptors at the fourth spot for the 6. Fifth place in this top five goes to Jalen Suggs of Gonzaga, chosen by the Orlando Magic. Whilst the sixth belongs to Oklahoma City and their thundering booming new star Josh Giddey from Australia. The Thunder tweeted that they were Josh’s last name with excitement to have him.

One moment though stood out from the rest at the Silver lined podium.

In a beautiful tribute paid to the late, would have been next great, Terrence Clarke. The NBA ceremonially drafted the rising star from the University of Kentucky who tragically passed away in a car crash this April at just 19 years of age.

Reminding us of the tragedy of the Boston Celtics’ Len Bias, our thoughts are with his family who bravely in attendance accepted this in Terrence’s honor.

Draft day in the NBA always makes major moves in between the next gen capping off their dreams. Expect more to come like this Hollywood script, because in a monster move the Los Angeles Lakers brought the epic entertainment of Russell Westbrook home to the West. No Chris Paul nixing.

And BOOM goes the human stick of dynamite.

With LBJ and AD that truly makes a big-three. The King’s third after Dwyane Wade and Chris Bosh with the Miami Heat and Kyrie Irving and Kevin Love with the Cleveland Cavaliers. The three even met some time ago to talk about forming like Voltron. Hands over mouths like Pesci in ‘Casino’.

The ‘Brow, ‘Bron and Brodie? This is the BBB LaVar Ball never expected. The superteam collection of former teammates in Brooklyn featuring Kevin Durant, James Harden and Kyrie Irving now have their chess counter.

But look at Giannis. Look at him. He and the Bucks are the champion now.

With that being said let’s welcome the greatest showman to the show. It always seemed on the cards that this former UCLA grad would one day end up in purple and gold and why not? With four teams in four years, hopefully Westbrook has now  found a home in Hollywood for lights as bright as his game. The triple-double Oscar winner is more than the highlights though as he reaches for a new page in the history books.

You ready for Russ?

It might not have been the same New Orleans haul folks, but LA gave a lot to DC to get him. Most notably finally letting all of their young core free by trading a zero for zero in Kyle Kuzma. They also gave up the championship x-factor and big time playoff player in KCP and the hustle and heart of Montrezl Harrell who really needs to be replaced after he did that for Dwight Howard and JaVale McGee. Thanks for the memories guys. Lakers for life.

Giving up a draft pick too the Lakers had their fair share this night. Selecting some from the undrafted market. Defensive presence Joel Ayayi and marksman Austin Reeves marks a good start for a team that needs a decent three like the men’s Team USA did in this year’s new 3×3 tournament for Tokyo 2020.

The Olympics feel like they’ve barely begun but we’re already looking to the new NBA season. With that in mind we ask you. Who takes the podium?