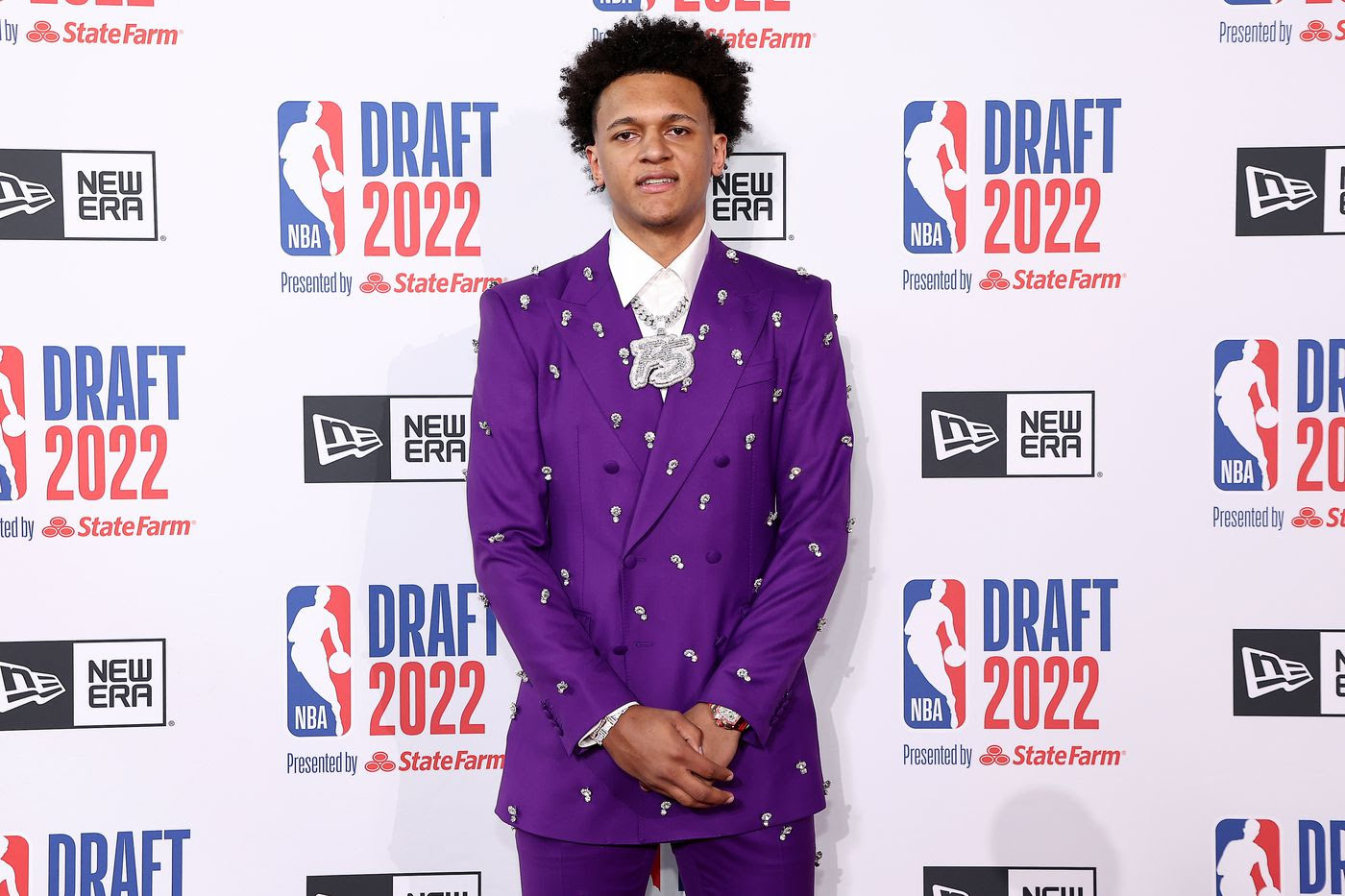 Paolo banchero is the duke of the 2022 nba draft

Like Adam Silver said, with the first pick in the 2022 NBA Draft, the Orlando Magic selected Paolo Banchero from Duke University. Number one with a Prince purple suit for his reign and the coldest chain.

But the skinny is on the thunderous second pick by Oklahoma and the perfect partnership Chet Holmgren could hone with Josh Giddey in OKC. His weight is only a slight problem. This guy is seven feet, but his ceiling is even higher.

Power forward Jabari Smith at third is set to fuel the Rockets alongside Jalen Green and his motivation that he should have received the first cap from the commissioner.

Going fourth is Keegan Murray as the new King of Sacramento. The Kings have drafted a lot of young would be’s over the last decade of rebuilding. Will Keegan be the one who finally assumes the throne before it all comes down?

Now what’s fascinating is the Kings not taking Jaden Ivey. Sure, he expressed he didn’t want to be there, but how are you going to pass up on a talent like this, with all due respect to Murray? Now, Ivey could set the league on fire with Cade Cunningham in Motown.

Six-foot-six athletic wings taken in the latter 10’s of the draft are always a steal. Think ’96! Bennedict Mathurin is no exception. Indiana has just found their new All-star with the sixth pick.

The Blazers have also just made a steal with their pre-Draft trade for Jerami Grant. Alongside Dame Lillard and now Shaedon Sharpe, the time is now. Even Shannon Sharpe’s broadcasting partner couldn’t discredit this. Consider it the seventh seal.

Must Read:
The Homestand King Knocks Down The Hickory Pacers' Picket Fence

We have the next G-League ignited star in Dyson Daniels ready to clean up in New Orleans too. People may wonder about the eighth selection’s jumper, but the way Zion has been sweating in the gym this summer. The mountaintop is the Pelicans’ peak.

Baylor’s Jeremy Sochan is ready for the San Antonio way of basketball. Spurred on by being a diamond in the rough, sub-100 high-school recruit, Sochan can guard your whole squad. San An are about to say so long to the lottery from here on out.

Rounding out the top ten, Wisconsin’s own Johnny Davis is about to put a spell on the Wizards. So much so, DC don’t mind dealing away Kuz and KCP. As the two are reportedly on the block. Pair this ready to go talent next to young Japanese budding star Rui Hachimura and (hopefully) Bradley Deal and this could be it for Washington.

The rest of the draft saw brilliance across the board. A record 13 Canadians declaring early and even some draft day trades. The Grizzlies picked up shooter Danny Green and the 23rd pick for DeAnthony Melton to be part of their process. Meanwhile, New York’s Kemba Walker found himself on the Piston assembly-line. Although it is believed he will be bought out.

Even some undrafted studs got their chance to make it to the big leagues. Especially when it came to family legacy. The Lakers invited both Scotty Pippen Jr. and Shaq’s son Shareef O’Neal (so special for the purple and gold’s big-man legacy) to their Summer League program after both failed to land on the board. Call it nepotism, but how about Gary Payton II? He’s just become an NBA champion after starting his career in the development ranks of teams like the South Bay Lakers.

Must Read:
You Get Carter For One Last Dance

Don’t say no to a big-name. Even if it’s a little further down the family tree. The apple doesn’t fall far. And you can’t deny good genes. Or some Hall of Fame home-schooling.

As of right now, the 2022 NBA Draft is the DNA of the beginning of the next 75 years of NBA history. A story we can’t wait to see unfold in the next court chapters of this hallowed hardwood.