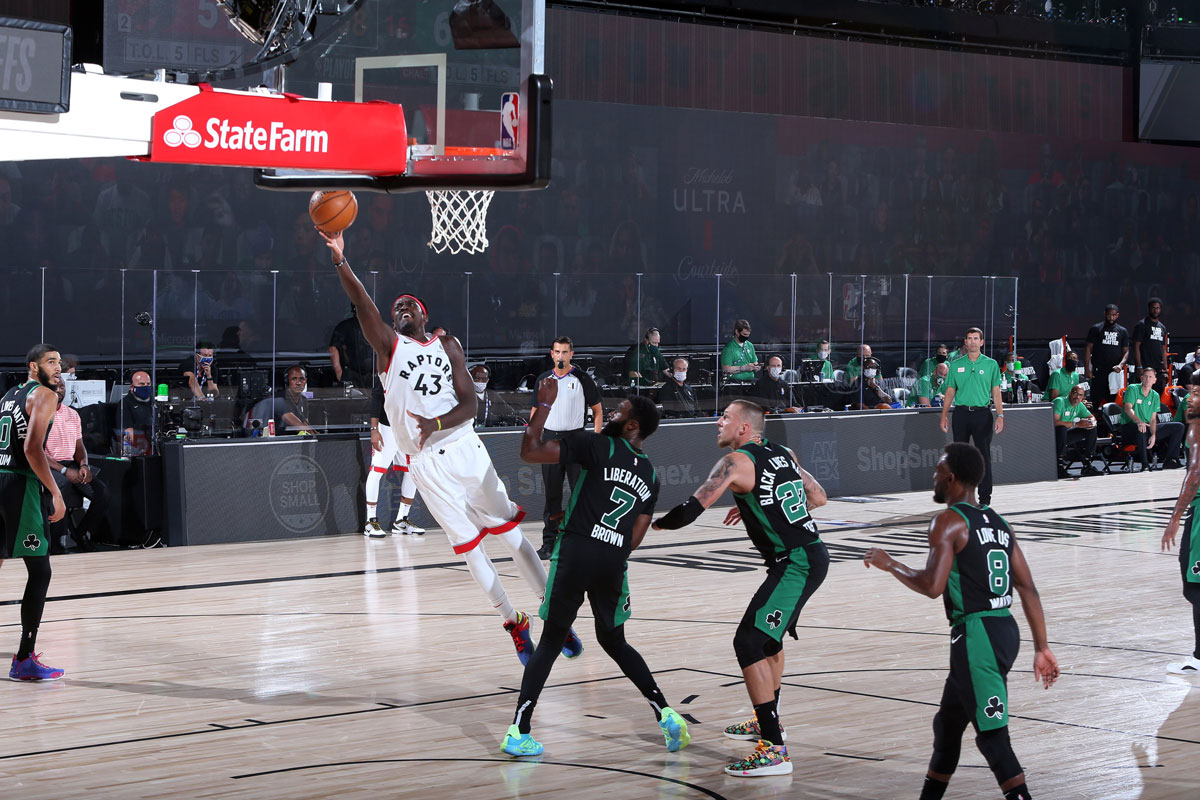 There wasn’t much left to say that hadn’t been said before, but after the Toronto Raptors lost a close, hard-fought second-round playoff Game 7 to the Boston Celtics on Friday, Pascal Siakam dutifully said it all again.

His team had battled hard, they had chances to win and Siakam simply hadn’t been good enough. He acknowledged it many times in a post-game press conference, and this unconventional off-season after the strangest of NBA seasons will be a time of reflection.

“I take a lot of the blame,” he said. “It’s a learning experience for me. Continue to learn, you know, get back to the drawing boards and come back better.

“And that’s something that I’ve always been able to do as a player. I’ve gotta just go back and figure it out.”

Siakam had a remarkable year, emerging as the new face of the franchise after Kawhi Leonard’s departure, and was a starter in his first All-Star appearance. But when the season resumed after a COVID-19 quarantine, he simply wasn’t the same.

The Celtics studied all his moves — the soft, graceful rotations he made as he cut through the lane, the post-ups, the spot-up three-pointers — and stopped them more often than not.

He finished Game 7 with just 13 points, not nearly enough for a marquee player on a championship contender, and he knew it. He was professional, almost apologetic and seemingly stunned when it was all over.

“Obviously I felt like I didn’t really give what was expected of me,” he said. “I definitely take a lot of the blame. But I think you know, as a team, we played well and, and we fought.

“That’s something we always did all season. When things weren’t going well, we always saw the end. And I’m proud of those guys. I think everyone gave everything that they had. Obviously, I’ve got to be better.”

It’s worth noting several other Raptors misfired at key times. There were an odd number of missed layups, open looks and easy shots that rimmed out. In Game 7 the Raptors stayed close until the end but skewered themselves with 18 turnovers.

“I thought a lot of it was just some fatigue,” said Raptors head coach Nick Nurse. “We were standing up a little bit, rather than being down in a tough athletic position, trying to make some of those plays, and that’s fatigue.”

Nurse shortened his bench in the playoffs, and in the end his starters were left with more minutes than they could play at full-tilt. Centre Marc Gasol struggled mightily with his shot, and guard Norman Powell did not show up in a big way until the Raptors’ double-overtime win in Game 6.

Must Read:
As Warriors Break 73, Kobe Hits 60, Silencing All That Jazz In His Laker Swansong

VanVleet due for big contract

Kyle Lowry, perhaps the league’s most underrated player in his 14th season, stepped in to lead a team that lost a superstar in Leonard last year. He led a group of players who might not have played nearly as often in any city other than Toronto, where big-name free agents rarely sign and the Raptors are remarkable at finding and developing international talent.

“Playing with these young guys, and those guys pushing me to be better every single day — and those guys letting me lead them, that’s important for a guy like me,” said Lowry.

“You know, 14 years has gone by so fast. You want to cherish every moment.”

Gasol, forwards Serge Ibaka and Rondae Hollis-Jefferson, and guard Fred VanVleet, are unrestricted free agents, and their future with the team is unclear.

A fantastic defender, Gasol is 35 years old and at the tail end of his career. Ibaka is 31 and due for what might be his last big contract. VanVleet, who played with remarkable poise throughout the playoffs, is just getting started and due for his first big pay day.

Canadian forwards Chris Boucher (Montreal, Que.) and Oshae Brissett (Toronto, Ont.) are restricted free agents along with second-year sub Malcolm Miller, meaning the Raptors have the option of matching any offer another team makes to them.

But the Raptors are not, and cannot, be happy with the status quo. Next season’s squad is likely to be much different. Watch for at least one player to sign elsewhere, and don’t be surprised if there’s an earthquake of a trade in the off-season.

This series with Boston was, as Lowry acknowledged, an unbelievable battle. The Raptors fell into a 2-0 hole but clawed their way back into the series.

OG Anunoby’s game-winning three-pointer with 0.5 seconds left in Game 3 was one of the most notable in franchise history. Game 6 was a marathon that will go down as one of the most memorable of these playoffs.

The Raptors were in it until the very end, when Celtics guard Marcus Smart blocked a layup attempt from Powell that would have tied the game with 58 seconds left.

Lowry fouled out at 0:35 after getting tangled up with Celtics rookie Grant William, who subsequently made one two free throws.

Then Boston superstar Jayson Tatum swooped in to rebound the miss, was fouled on the play, and calmly drilled two shots from the charity stripe. The final score was 92-87, but could easily have ended in a Raptors victory.

They were tired. They couldn’t bury make-able shots. And so they fell to a Boston team that was marginally — but noticeably — better.

“It’s tough to lose a game like that,” said Lowry. “You’d rather get blown out.”

As for Siakam, he will spend the off-season watching tape and mulling over what went wrong. Nurse stressed the need for all his players to be in impeccable shape when the next season begins, and it’s likely he will provide Siakam with the kind of tough love he needs to bounce back.

“No excuses,” Siakam said after the game. “We’re all pros, and you have to be ready.

“I don’t think it was anything pressure-wise. I just felt like I wasn’t at my best. And when I’m at my best, this team’s unbelievable.”