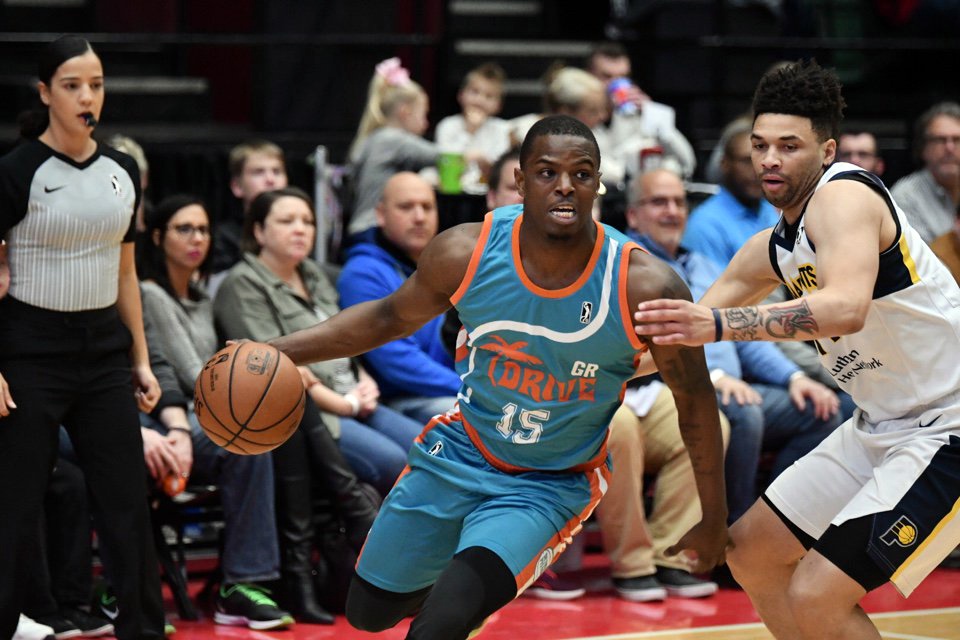 Forget about wearing mascara to distract your opponent, or wrestling bears at halftime were the only refunds offered are in the form of escaping this deathtrap with your life. Last night the Detroit Pistons G-League affiliate the Grand Rapids Drive from Michigan paid tribute to the Hall Of Fame name Jackie Moon of the legendary “4th Place Winners”, the Flint Tropics by wearing their iconic, white, orange and blue palm tree by the beach jerseys.

Now if you thought the South Bay Lakers ‘Soirée By The Bay’ midnight blue jerseys were as cool as the shore at night than you hadn’t seen nothing like this. As the Drive brought home an legend in throwback testament for the first time since they donned and soaked up the iconic yellow of the cultural cornerstone that is…SpongeBob Squarepants.

And this happened too. As before the game according to Twitter the GRD traded away their best washing machine for Ed Monix. Or as he’s better known…Woody Harrelson of ‘White Men Can’t Jump’ fame. Yep the G-League team paid tribute to a fictional outfit with their Gatorade orange on-court attire. And as this team took to the teal turquoise of the tide for the Drive’s road jerseys, maybe (hopefully (please)) there will be an all white homecoming back in the state of Michigan.

But yes the team that once wore jerseys made out of sponge did pay tribute to a fictional team from a funny movie featuring a Hall Of Fame comedy talent. But like Jesus Shuttlesworth or Air Bud sometimes some movie “monstars’ of Basketball blockbusters deserve their big ticket for the kids. And what could be better than the Will Ferrell ‘Semi-Pro’ movie, aside from getting corn dogs for all these people?

Must Read:
Gatorade League Lakers Have A 'Soirée By The Bay' In Midnight Blue

It couldn’t have got any better than this if ‘Anchorman’ Ron Burgundy was reporting live on the game for Channel 6 News from courtside.

But short of calling their players ‘Downtown’ or ‘Coffee Black’ this ABA parody picture and it’s 70 era jerseys looked the part so much in last nights for real G-League contest that everyone loved them sexy. This was bigger than the Flint Michigan Bowl. As the 14 and 12 Drive went on a 27-7 run to topple the Fort Wayne Mad Ants’ hill 123-105.

Two-way Michigan product Kalin Lucas in just 27 minutes had that many points, to go with 6 rebounds and 9 assists. Fort Wayne’s Edmond Sumner’s Kareem 33 wasn’t enough for this spark plug off the bench. Or the Trops’ Marcus Thornton’s 24 against the shot clock and Tom Withers season-high tie of 21. The Drive had 6 players carrying at least 10 points against the Ant men left mad like Jon Hamm, as Grand Rapid went hard as a mother.

But there was a DNP-CD no sign of former Kentucky Colonels puncher and buncher Ed Monix…we kind of wish he was still a washing machine.

In the end, when you look back this Tropical game will go down in the “anals” of history. Leaving everyone in Michigan so happy they couldn’t even feel their arms through those Flint jerseys.

And remember you know what that ring stands for, “EVERYBODY LOVE EVERYBODY”! 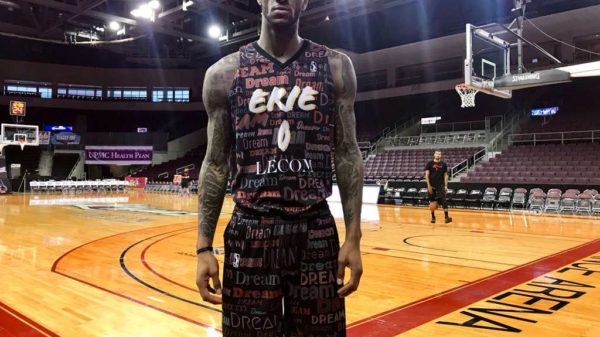 These Hollywood Nights go on for the Lakers in South Bay. This year the Los Angeles ‘City Edition’ jerseys no longer took to the...