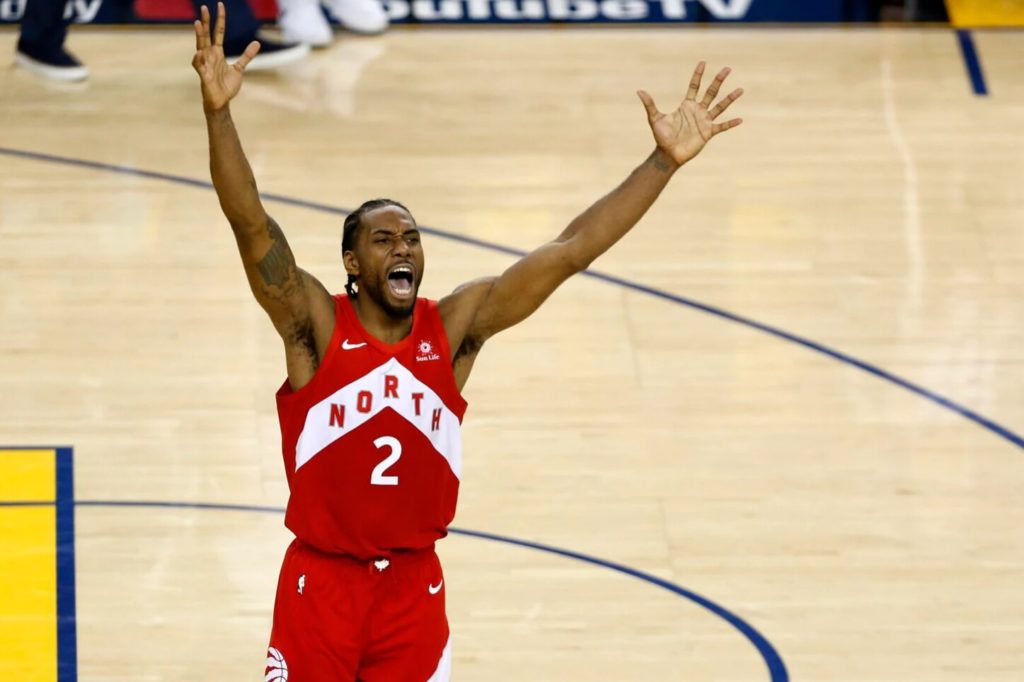 They the North did it.

Last night in the Bay the 6 got turned upside down with no need for a seven right now. As Drake’s really big team got some really big rings.

And with a 114-110 win in Oakland against the Golden State Warriors for Game 6 of the NBA Finals. After almost a quarter century the Toronto Raptors became the first franchise outside of the United States to win the National Basketball Association finals to make history and become Canadian champions.

And in their Canuck colours pointing to the North from California with the gold, these red and whites flying the flag in the U.S. did it for all of us as they truly changed the game.

It started with an expansion 24 years ago in Toronto. Alongside the Vancouver Grizzlies. It ended with them being the sole franchise outside of America in the NBA as former Memphis Grizzlies center Marc Gasol joined another former gritted Grizz in the form of his big brother Pau Gasol to be the first siblings in hoops history to be NBA champions.

It started with throwback cousins Vince Carter and Tracy McGrady in Dino unis, throwing it up and putting it down. Bringing the Air to the Air Canada Center. It ended like Vinsanity in the 2000 Slam Dunk Contest for a new millennium. Looking at the camera after honey dipping and putting it through the legs, telling us emphatically with cutting hand gestures, “it’s over”.

This is for him. Mac. Mighty Mouse. The Camby Man. The Junkyard Dog. Iron Man, Mo Pete. Chris Bosh.

You know it’s for DeMar DeRozan too especially.

Kyle Lowry (what more can you say with 26, 7 and 10 leading the way?). Gasol. Siakam (G-League to big league champ). VanVleet. Ibaka. Lin. And of course quite possibly now the greatest player in the world right now and Finals MVP (joining Kareem and the King as the only Most Valuable Finals Player with multiple teams), sinking that last free throw as epic as his around the world and a day buzzer beater against the Sixers in the six, Kawhi Leonard.

Nick Nurse the architect. And of course another one, James Naismith. This game was invented by Canadians, played by Canadians and like the first ever game in NBA history, this victory belongs to Canadians.

Drake. Love or hate Drake, you just can’t deny what he’s done putting on for his city. Real superfan Nav Bhatia and the Canadian coffee house company Tim Hortons raising a cup to him commercial tribute. Everyone in Jurassic Park roaring like T-Rexes for these Raptors and of course all of you. Truly bringing the buzz to basketball.

This if for the real Warriors too. Five straight finals for the first time in a half century, 50 years (love Commish Adam Silver’s lining tribute). The dynasty that is nowhere near dead as they fought to the end for their last look in the Oracle in those Town across the chest jerseys before moving from Golden State across the Golden Gate to a new era of dominance in the hilly streets of San Francisco (the next time we’ll see Toronto is in Tokyo, October for our very own NBA Japan), where that digitally developing skyline from those tram peak points is the limit. No matter who stays or goes in this Curry, Durant, Draymond and Klay juggernaut with guys like Igudola and Cousins relating too. This is for Kevin Durant (who we apologize to for every Canadian fan who cheered his injury in Game 5. Although Warrior fans cheered for an injured Kawhi back in the day too) who played to the pain as all heart he proved everyone wrong and did it all for his team. And true Warrior mode Klay Thompson who went down with a crippling injury too in this final game and came right back to the right kind of cheers. This superteam and one of the greatest in history is far from extinct.

Must Read:
Never bet against Steph

But right now for the Toronto Raptors it’s Jurassic World and the Golden State Warriors for the last time, fallen kingdom.

And as the final horn called for the last game of the season all hands were kept high for the North who overcame all the cold to break the ice for the first championship. And the champagne no longer on ice tasted as good as these underdogs proving everyone wrong as they bit back.

I’m not crying…we’re all crying.

We the champions my friends and Canadian countrymen.