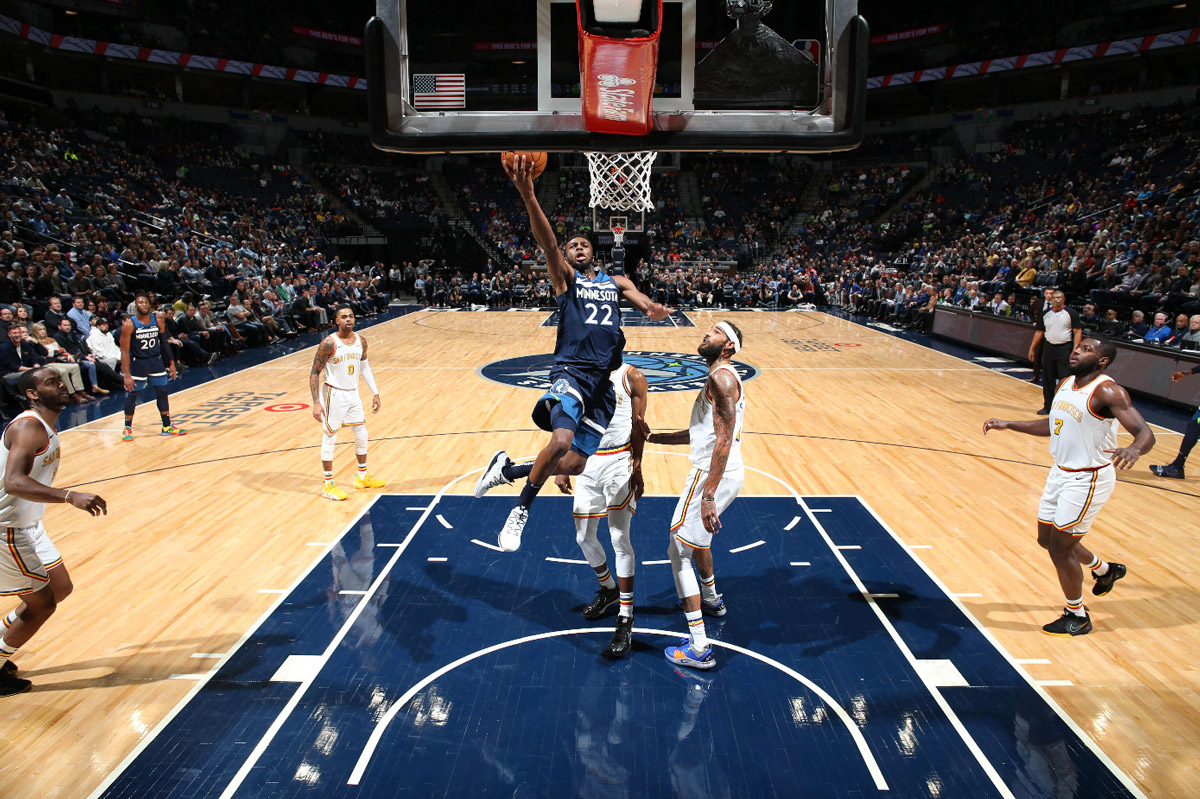 The Andrew Wiggins era in Minnesota is officially over.

The Timberwolves and the Golden State have agreed to send Wiggins to the Golden State Warriors for point guard D’Angelo Russell and multiple draft picks, according to Adrian Wojnarowski of ESPN.

Minnesota will receive Omari Spellman and Jacob Evans as part of the agreement while Golden State picks-up two valuable draft picks — a 2021 protected first-round selection and a 2022 second-round option as well. The 2021 pick acquisition is only protected if the selection falls within the top-three picks and will become unprotected in 2022.

The deal has Wiggins’ on the move for the second time in his career after being drafted No. 1 overall in 2014 by the Cleveland Cavaliers after just one lone NCAA year with the Kansas Jayhawks. The Young Canadian phenom only appeared then traded to the Twolves as part of the deal that brought Kevin Love to Cleveland.

Wiggins’ is in the midst of his best NBA season, averaging career-highs across the board with 22.4 points per game, 5.2 rebounds and 3.7 assists.

The move will be a welcome change of scenery for Wiggins who came into the league as a highly touted 19 year-old. At almost 25, he will now join a championship caliber team in the Warriors — forming a lethal scoring perimeter trio of Steph Curry and Klay Thompson.

Wiggins amassed a total of 8,710 career-points in five and half seasons with the Timberwolves while playing a total of 443 games. His career-point totals trail only Kevin Garnett for most in franchise history and the former 2014 rookie of year currently sits third all-time amongst all Canadians in the NBA. Steve Nash (17,387) and Rick Fox (8,966) lead the pack respectively.