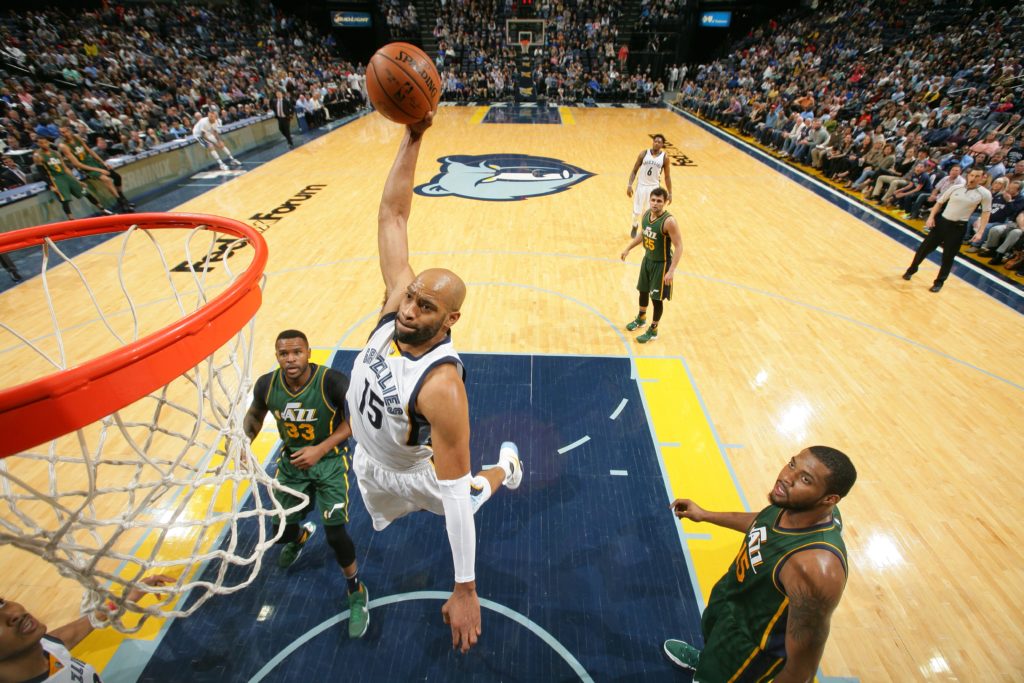 All it took was one windmill to start a hurricane.

At just another Grizzlies practice, just the other day NBA great Vince Carter rocked the Memphis rim like he was wearing blue suede shoes…or just a really good pair of Nike Air’s.

We knew the former Air Canada, Slam Dunk Contest champ and revolutionary All-Star weekend game changer of the Toronto Raptors could still get up. There’s still plenty of magic on the nets from the former Orlando and New Jersey star. But when the man who still keeps Canuck ties thanks to his former Vancouver franchise let the windmill set sail whilst just getting warm, we were left wondering just what he could cook up off the menu once he got real hot.

Someone had to ask.

Someone had to give Vinsanity the crazy idea.

Could his sensational Slam Dunks compete in another contest?

If this was the year 2000 than Vince Carter would have just broke the internet.

Since the good Doctor of the ABA Julius Erving and the greatest of all-time Michael Jordan took off from the free throw line in his aerial assault with the Human Highlight Film Dominique Wilkins the contest hasn’t been the same…until V.C. stuffed all that in the new millennium. Like the second coming, or that big-three all rolled into one, Vince baptized the rim. Through the legs, from the charity stripe, with a windmill, rocking the rock-a-by baby. All the way until he rose above the tree tops and stuffed his hand in the cookie jar…and came out with honey. Or should we say all 10’s? Top 50?! You bet! Carter got up so well way back then no one else wondered why All-Star in-game off the glass, Toronto teammate and actual family cousin Tracy McGrady played his dunk caddy.

“It could be interesting”!

Since then between Jason Richardson’s and Josh Smith’s, we’ve had Dwight Howard and Nate Robinson and some spin the wheel gimmicks to put up with. Never mind the endless flattering imitators trying to get it like Carter.

Recently however once the most exciting event at All Star weekend has elevated with a recharged redemption. But if Vince made camera men, let alone the backboards and goal supports wince again it’d really be a revolution. And although it would have been fitting if the 38 year old partook in this February gones contest in his old home of Toronto, the former Raptor who in the year 2000 had everyone in his rim-rocking rapture at 40, 17 years later in 2017, still has that much a vertical.

But just how will he fare against Air Gordon, two-time defending champ Zach Lavine and we can only hope original Slam Dunk winning legends son Larry Nance Jr?