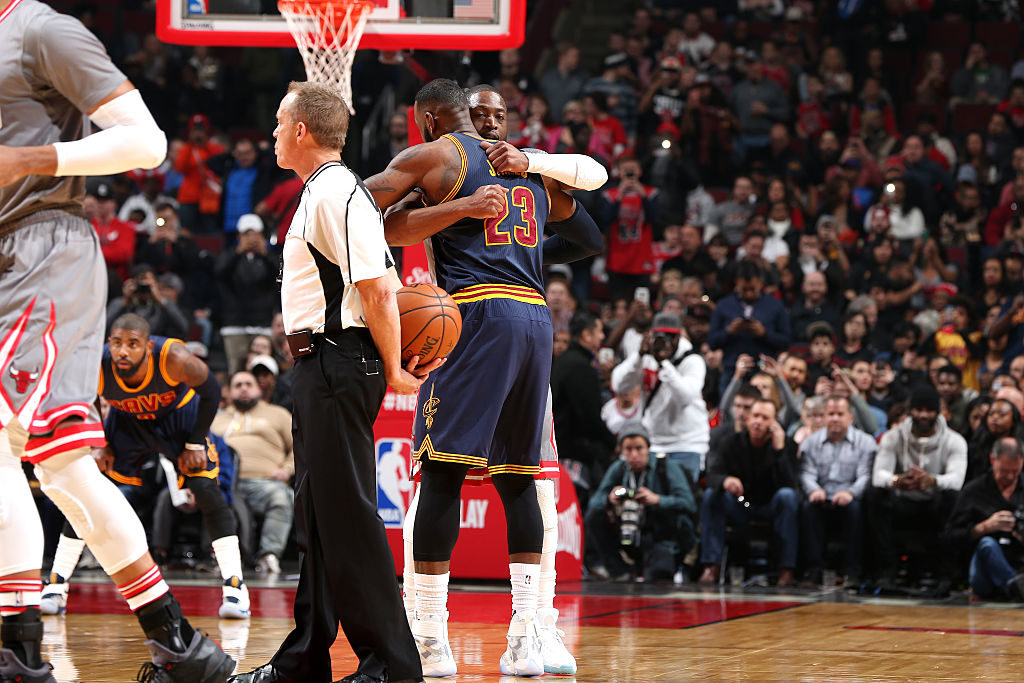 After Oklahoma City made a major move to bring old New York Knick Carmelo Anthony aboard alongside their big acquisition Paul George and MVP Russell Westbrook collaboration conglomerate just days ago, LeBron James and his Cleveland co have stolen the franchises thunder, barely merely a month after making the biggest trade of the offseason.

Now Kyrie Irving’s replacement, Isaiah Thomas may be ruled out until January but he has plenty of help in reserve now in the Cavaliers bolstered and best in the association backcourt. And we aren’t just talking about Deron Williams replacement, Derrick Rose from New York who is still a key factor to underline, even to those writing him off.

The Cavaliers land really looks like a stomping ground home for old stampeding Bulls right now. As after a Chicago homecoming that turned out to only be a one year term for hometown hero Dwyane Wade, the Flash is gone in a gust of wind from the city of Chi.

Joining new New Orleans Pelican Rajon Rondo and big three Minnesota Timberwolves traded Jimmy Butler out the Bull-pen, this one and done big-three now births a trio of superteams around the league. Whereas hate it or love it the Bulls ball is now left in the hands of sophomore stud Denzel Valentine. This team haven’t looked this depleted since a guy like Mike left.

Wade’s way out could have left him in a myriad of places in demand for his veteran superstar and still all team leader and mate services. The purple and gold of the Lakers came calling again. And Dwyane could have pulled the number 3 back on for the franchise that will one day raise that jersey to the rafters. In the Miami Heat franchise he flash fired up forwards and towards their first solo championship success with Shaq, before forming Voltron with retired great Chris Bosh amd some crowning decleration of royalty.

And to that end according to reports from The Vertical, Dwyane Wade will take his talents to a reunion with two-time championship teammate LeBron James in Cleveland. Going from their vintage big three days to potentially giving ‘Bron, Thomas and big Kevin Love a fantastic four. If not the best superhero supporting cast in the L next to Rose, Jae Crowder, Jeff Green, Jose Calderon, Kyle Korver, Iman Shumpert, J.R. Smith, Tristan Thompson and oh so more vets and former stars keeping the championship flame lit at the head of Cavalier castle.

All these arrows should be enough to keep Kyrie’s storied Celtics away from the kingdom and even the Durant and Curry Golden State Warriors at Bay. In response to potentially trading for fellow class of 2003 superstar Carmelo before last seasons deadline, LeBron said the Cavaliers wouldn’t play “fantasy” basketball. But now with Dwyane it’s a dream come true in this game of thrones. The best player in the league and NBA king not only has the best supporting cast in alliance around him…he now has his best friend by his side too.

How’s that for a reunion?