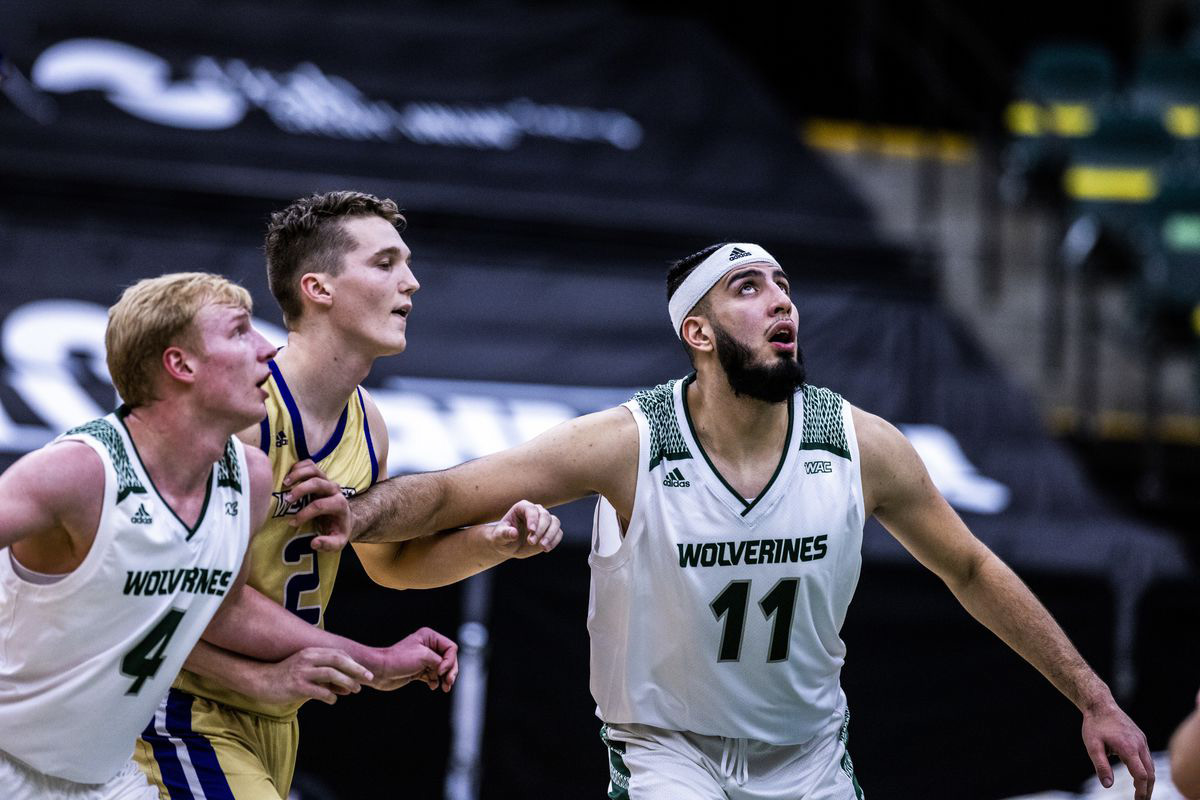 In a season that has been anything but usual, Canadian Fardaws Aimaq did the unusual, adding his name to one of college basketball toughest and oldest record book.

Aimaq, a six-foot-eleven, 245-pound red shirt sophomore from Richmond, British Columbia has put his name on the map by becoming the first-ever Canadian basketball player to lead the NCAA Division I in rebounding.

Gobbling-up a ridiculous twenty-seven (27%) percent of the Utah Valley Wolverines total rebounding opportunities. The recently turned 22-year-old finished the season averaging a big sized double-double of 13.9 points, 15.0 rebounds, ­1.6 assists in 22 games. He also shot 48.5 percent from the field this season.

Aimaq became the first NCAA Division I player since 1980 to average 15 or more rebounds per game in a single season. He led the nation in total rebounds (330), rebounds per game (15.0), defensive rebounds per game (10.6). He finished third in offensive boards per game (4.3) and seventh nationally with 14 double-doubles. Additionally, he also led the Western Athletic Conference (WAC) in blocks per game at 1.7 a contest to win the conference’s defensive player of the year award.

In the process and according to research from Barry Hayes of Hoopstars Canada, Imaq Leapfrogged past all the great Canadians to ever play NCAA basketball to become the all-time single-season rebounds per game leader.

Todd MacCulloch who averaged 11.9 rebounds per game occupied the top position thanks to his outstanding senior season with the Washington Huskies in the 1998-99 season.

The history of NCAA rebounding stats is complex due to various factors associated with the creation of multiple divisions, thus creating a pre and post 1973 era distinctions in the NCAA record books.

Furthermore, from 1956 through 1962, the NCAA rebounding leader was determined by the highest individual recoveries out of the total by both teams in all games (meaning the highest percentage of the total possible rebounds determined the winner, not the per game average).

Six-foot-four Charles Slack from Marshall University holds the National Collegiate Athletic Association (NCAA) Division I record for the highest single-season rebound per game average when he grabbed 25.6 rebounds per game in 21 games during his junior season in 1954–55.

Heavily under-recruited and a force to be reckoned with, the big man with soft hands racked two British Columbia high school basketball city titles and three most valuable player (MVP) awards playing for Steveston-London Secondary from 2014-17.

Looking to improve his game, Imaq took his game the prep route, landing at Maine’s Bridgton Academy for the 2017-18 season.

Imaq committed to the Mercer Bears the following year, appearing in 29 games before opting to transfer and join the Wolverines, where he has flourished under the close eye of head coach Mark Madsen.

For his overall efforts, Imaq has been nominated for the 2020-21 Lou Henson National Player of the Year Award, which is presented annually to the top mid-major player in Division I college basketball.