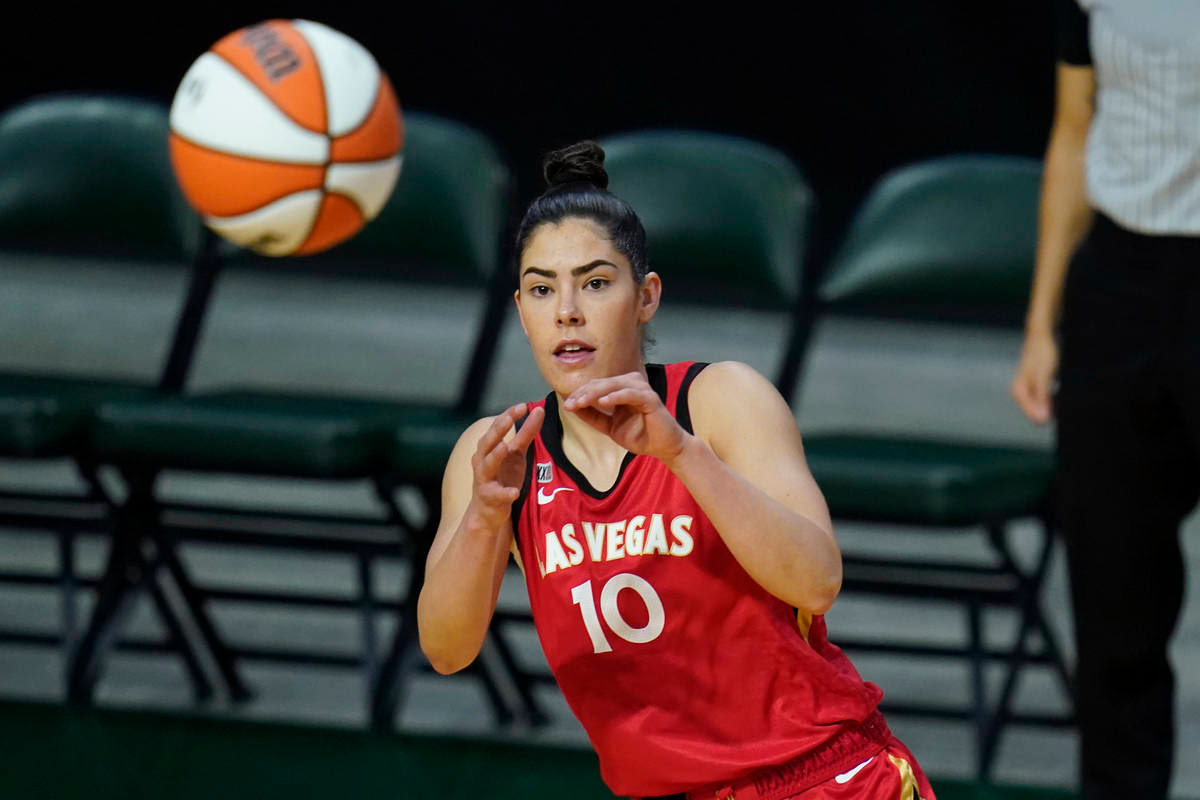 It’s been one ace summer for prize player Kelsey Plum.

First she took home gold from Tokyo for Team USA. Debuting basketball’s 3×3 tournament to the Olympics and the watching world, making history in Japan.

Recently she assisted her Aces of Las Vegas in high-rolling themselves to a playoff spot.

And now the best bench player in the league is your WNBA ‘Sixth Player Of The Year’.

Plumbing more, you just know Kesley would start on any other team…and star shine too. In all the gold she glitters.

The reigning MVP A’ja Wilson and big Liz Cambage led Aces are stacked and Dearica Hamby and Chelsea Gray deep like that point from downtown. ‘GAWD!’ And that’s before we get to the international stakes of South Korea’s Jisu Park. Names like Kia Stokes and Riquana Williams. Destiny Slocum and Jackie Young. And legends like one of the W’s 25 in this quarter century anniversary, Angel McCoughtry.

You have to count every player like cards for this big deal.

That’s why their our pick to take it all off the tables this year in these WNBA playoffs. Especially now the team that broke Vegas’ finals heart this time last year in the Wubble, the Seattle Storm have been rained out by Sue Bird’s fellow GOAT, Diana Taurasi’s Mercury.

Vegas and Phoenix are all square at one game apiece in their current semis series.

Both teams are abyss deep.

No wonder there’s no room for everybody on the floor at the same time.

That’s why Plum has paved a different way just like she did on the concrete of the 3 on 3.

With a blacktop tough game for the red, white and black Vegas suits, she really is this teams Ace in the hole. The Aces hit the jackpot when they took her with the first pick in the 2017 draft. Good enough for one of the best six God’s in this association’s 25 year history.

Her story is statistically proven with numbers across the board. Career highs of 14.8 points, 3.6 assists and 2.5 rebounds in 28.3 minutes per game attest to that.

Stepping it up she’s topped 20 in more than 8 games for the Las Vegas Aces. By the book that’s the most by any reserve player in WNBA history.

Now call that a comeback for an athlete who rebounded from tearing her Achilles to bet on herself. Just like you can bank on the success of women in this game.

No wonder she received 41 of the 49 votes for this Sixth honor. Five more went to her teammate Dearica Hamby who won this ‘Sixth Player Of The Year’ award the previous two seasons.

We told you this team was deep.

Connecticut Sun star Jonquel Jones on a career year is your richly deserved WNBA MVP. Sylvia Fowles off the block, your four time dominating ‘Defensive Player Of The Year’. But there’s just something about this one.

A gold medal and now this? All that Kelsey Plum needs now to compete the set is a ring.

Time to get engaged.