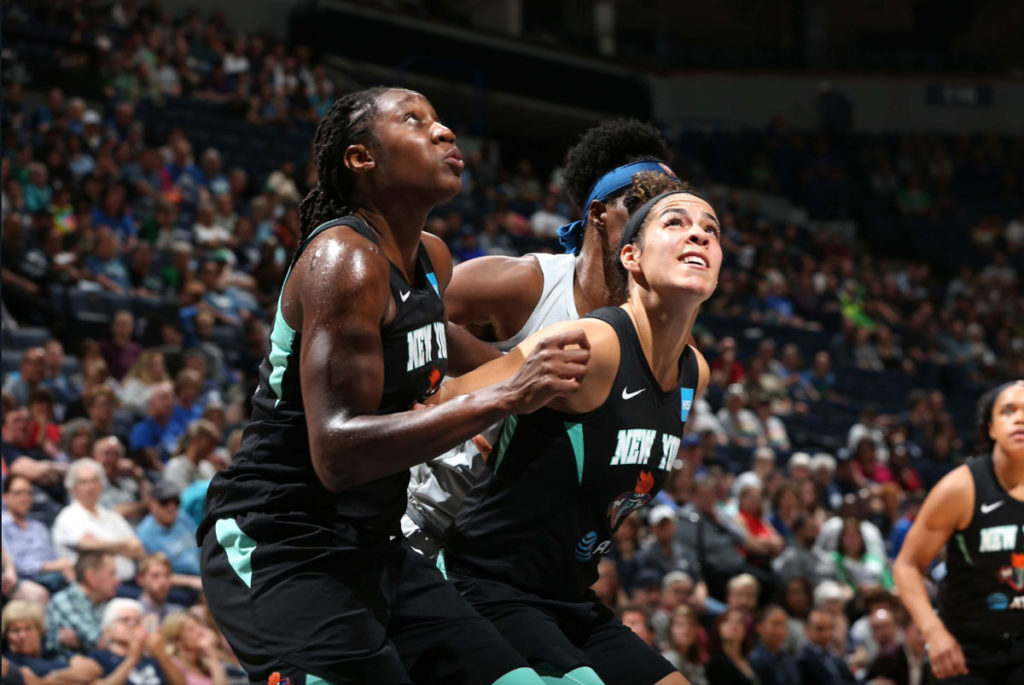 It was evidently clear to me back in 2014 that Kia Nurse was way ahead of schedule. We featured Nurse in our “Got Next” section of BasketballBuzz Magazine — not only highlighting her journey, superb skills but also her respect for the game and opponents via her mantra of “respect all, fear none.”

A lot has changed since that feature, but what hasn’t changed is her attitude and most of all her incredible all-around game.

Now in her second season with the WNBA’s New York Liberty, Nurse is breaking records and ankles – surpassing all exceptions as she is set to become Canada’s latest and greatest Canadian WNBA all-Star.

Nurse is currently averaging 16 points, 2.7 rebounds and 2.1 assists per game. More importantly, she takes her game up a notch when the Liberty win – averaging 20 points , 4.0 assists , 2.3 steals for New York who sit 7W-8L.

Nurse has quickly become the face of women’s basketball in Canada and was featured across Canada during the 2019 NCAA March Madness coverage, providing in-depth analysis and commentary on her path to NCAA success and WNBA stardom.

Up to now, it was nearly impossible to find a WNBA game across Canadian sports stations. So bad, has the coverage been, that it actually reminded me of the early Raptors days, where finding a basketball was like pulling teeth. With the increase of the popularity of basketball in Canada also comes an increase and demand for more content and the big media players are finally stepping-up and delivering a solid amount of WNBA coverage to satisfy more than the average basketball fans pallete.

Toronto has and will always be a world class city, blessed with every major sports league calling the six home, expect for a NFL team. The long awaited question, Why doesn’t Toronto have a WNBA franchise? appears to have been answered.

Now we can only wait for the day Nurse is playing for Toronto’s WNBA franchise or maybe running basketball operations.