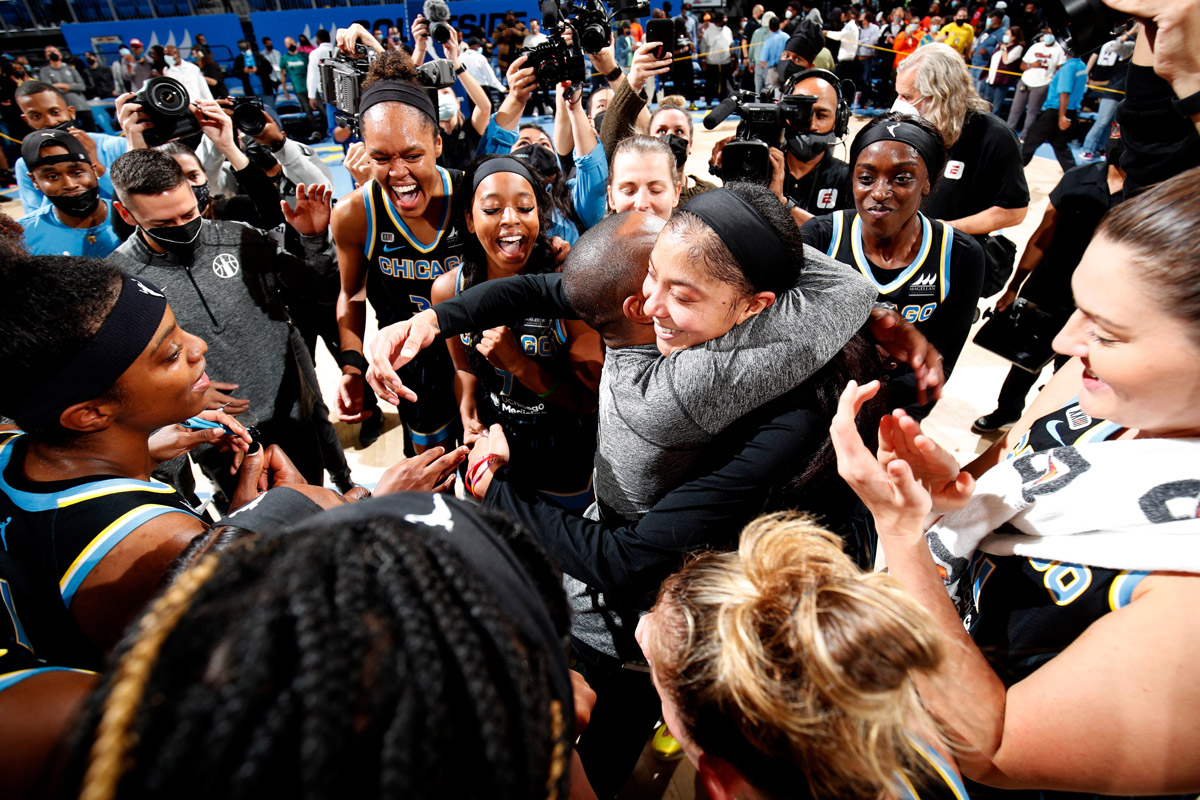 I know the Japan’s women’s team had a Cinderella run to the gold medal game, hosting the 2020 Tokyo Olympics. But this is the ball!

Coming home, hero Candace Parker may take her Chicago Sky all the way.

And as a Sparks fan although I miss our franchise legend like Lisa Leslie, I couldn’t be happier for her like a good break-up.

You know, the kind of one were you still send each other Christmas cards.

Signed and sealed, Candace could add another ring to her finger and deliver a championship to the Windy City, now that they are in the second WNBA finals in their franchise history in the W’s 25th year.

Get ready to cheer. Because from President Barack Obama to the brother Bulls, the whole city is behind them.

Where you at like that old Mr. West, Ludacris and The Game Boost mobile TV spot?

Defeating the number one seed with the MVP, Chicago bested Connecticut and Jonquel Jones, 79-96. There was no space in the Sky for the Sun and now Chi-city will face either GOAT Diana Taurasi’s Phoenix Mercury or the All-star chip collecting Las Vegas Aces.

Either one would be a storm tougher to weather than if Seattle were healthy, but I wouldn’t bet against Candace.

Because the Sky high franchise and their ceiling are more than Mrs. Parker too. Like fellow legend Allie Quigley and the center of things Stefanie Dolson. Greats like Courtney Vandersloot and so many more. You have to be deep to be counted in this association and Chi-town has that in reserve.

Read all about it on the front pages of the Chicago Tribune. This is the scoop.

There hasn’t been this much hoops hope in the Chi since a shy Rookie of the Year called Derrick Rose rode the Bulls out of the post-Jordan concrete.

The gangs all there flexing and flossing in the background as Candace, holding her shorts and leaning into the microphone to hear over the cheers, gives it up for Pat in the post-game press interview.

It’s been seven years since the Sky tried to give the Indiana Fever a sickness. Now coach James Wade’s squad look ready for one last dance.

And we can’t wait for more in store like restocking that iconic orange hoodie.

This Halloween they don’t want their Cinderella carriage to turn into a pumpkin. They want to smash all that. It’s scary hours now like Parker’s legendary semis line of 17 points, 9 rebounds, seven assists and a pair of steals and blocks. Doing it all like giving reasons to throw her own headband in the GOAT debate.

Home is where the heart is and pouring hers out on the floor for Chicago, the skies are clear now for Candace.

Can we get much higher?