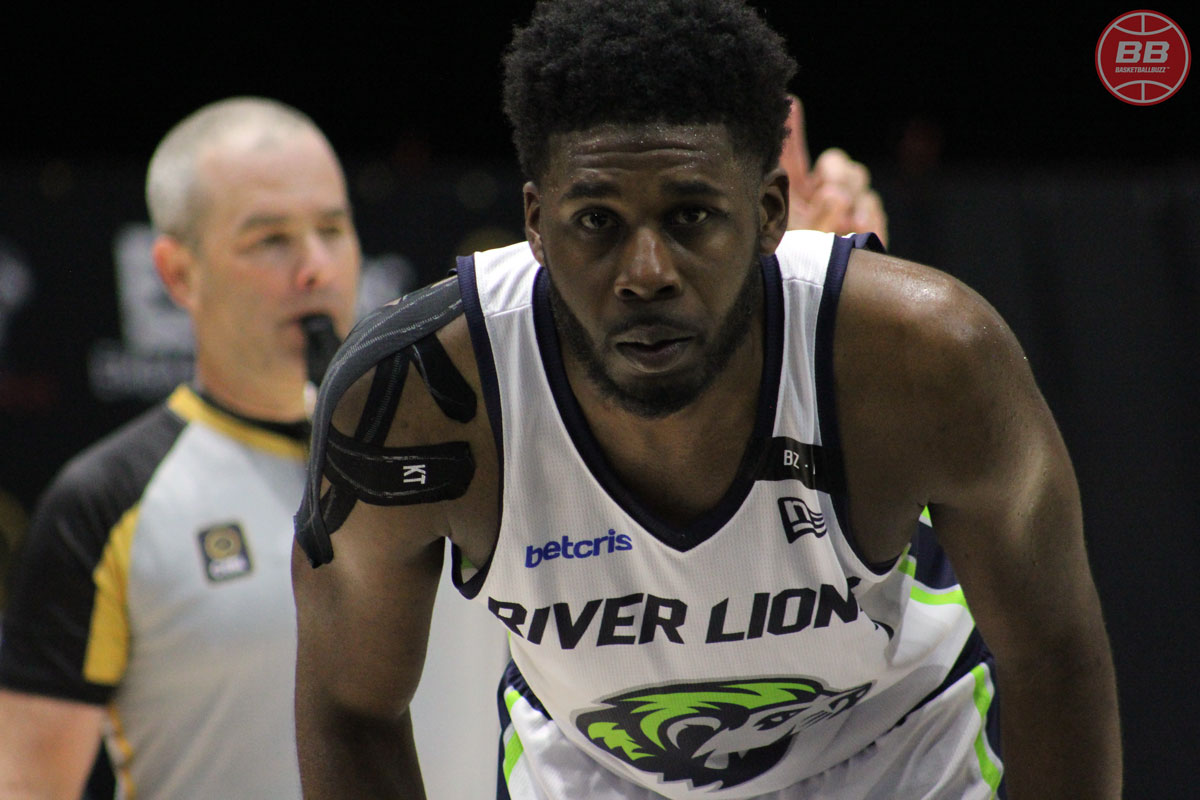 The Niagara River Lions kicked-off the 2021 Canadian Elite Basketball League (CEBL) season three with a big 103-78 road win over the Ottawa BlackJacks at the TD Place Arena in downtown, Ottawa.

The River Lions were paced by the unconscious shooting of six-foot-four guard Jaylen Babb-Harrison (Ajax, Ont.) who came off the bench and finished with a career and game-high 30 points on 9-of-15 shooting. Torching the hometown team with a scorching hot 8-of-11 from three-pointers, the former Eastern Kentucky product also contributed with four (4) rebounds and two (2) assists.

Flourishing with his new team after a short stint with the Hamilton Honey Badgers, Babb-Harrison is one of eight new faces on the River Lions roster that returns four players from the 2020 CEBL Summer Series. “My role is little a bit different, I have the ball in my hands a little bit more, so for me personally it’s just a different role, I get to play my game a little more free.”

Niagara’s Kassius Robertson (Toronto, Ont.) picked-up right where he left-off after a stellar season with Monbus Obradoiro in the Spanish ACB league. The 27-year-old, six-foot-three guard racked-up 21 points on 8-of-10 shooting and knocked down 5-of-6 triples in 25 minutes.

Both Harrison-Babb and Robertson connected on 13 of the River Lions 14-of-33 (42%) three-point attempts. The BlackJacks managed 8-of-25 (32%) percent from beyond the arc.

Sweeping off-season changes for the Ottawa BlackJacks added fuel to the game. After coming up short in the inaugural CEBL season, the BlackJacks brought in a new G.M and head coach to guide the ship.

On May 31st 2021 the River Lions announced that Smart was joining his former player (Victor Raso) staff as an executive coach and regional scout for the Ottawa area.

As a result, the River Lions, already growing destination for Carleton players, due to Raso’s coaching ties has now become the primary CEBL developmental hot spot for current and former Ravens players. The 2021 roster features five players with lineage to the Ravens program, including third-year head coach Raso who won two championships during his time in Ottawa.

Emmanuel Owootoah and Philip Scrubb round-out the Ravens contingency. Scrubb is expected to join the team in the coming weeks.

Overall, all of the River Lions players played over five minutes and all but one failed to hit score sheet in the 25-point win. Niagara forced 23 turnovers, translating into 28 points off of turnovers for the visitors.

Playing in his first official pro game, former two-time U Sports player of the year Kadre Gray paced the BlackJacks with a team-high 25 points on 5-of-9 field goals, 4-of-6 three-pointers and a game-high 11-of-14 free-throw attempts in 25 minutes of game action.

“Its a great atmosphere, its one in the books, first of many, hopefully. Honestly my biggest takeaway was just trying to learn the whole time. Picked up on the new things that are changing, the strength, the size, but at the end of the day it’s basketball and I know how to do that.” describe Gray about his pro debut during the post-game.