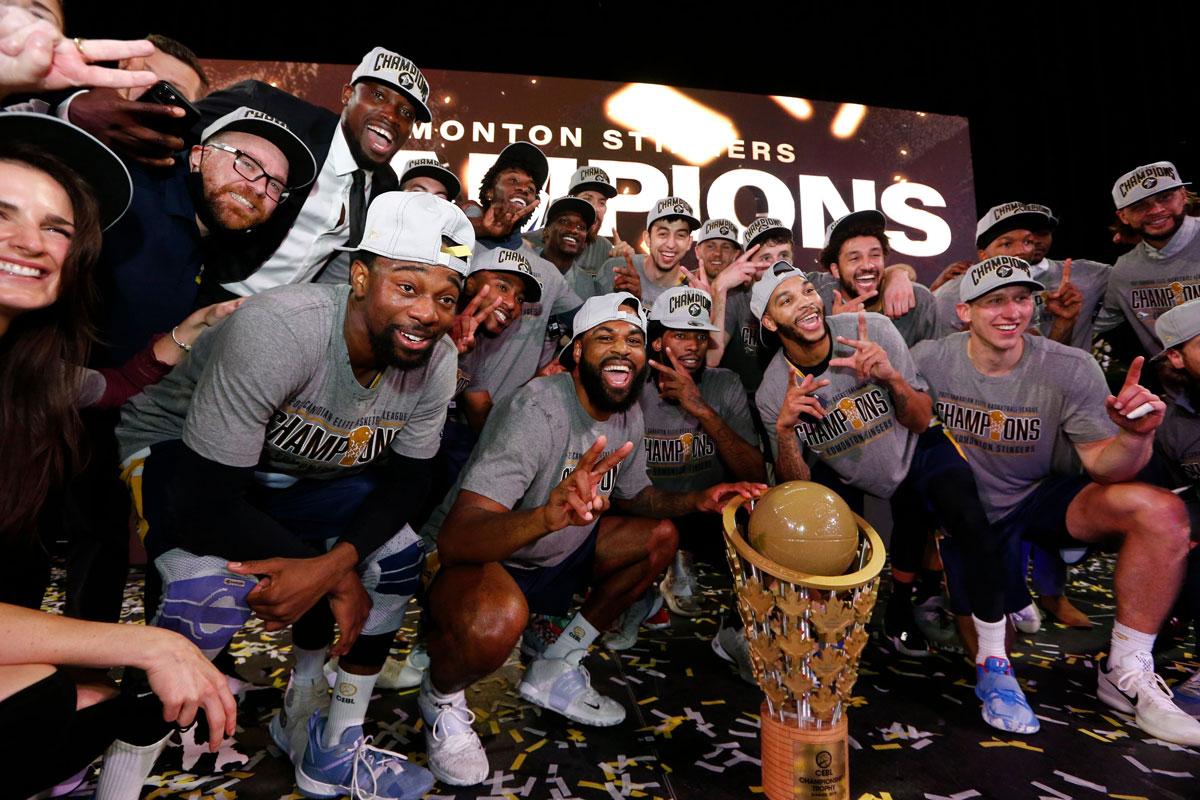 Dan Gladman knows the Canadian basketball landscape as well as anyone.

The award-winning producer was responsible for all the sights and sounds when the Toronto Raptors defeated Golden State in Game 6 of the 2019 NBA Finals, called all the shots from the truck during Canada’s heartbreaking loss to the Czech Republic in a last-chance Olympic qualifier, and most recently guided viewers through the Canadian Elite Basketball League’s Championship Weekend.

Drawing from over a decade of experience producing live broadcasts, Gladman knew exactly what he wanted to deliver to those who tuned in to watch the Edmonton Stingers defeat the Niagara River Lions in the CEBL final.

Gladman also understands the benefits of having a professional domestic league and he has progressed from guarded optimism to excitement based on what the CEBL has accomplished in just three years.

“After Championship Weekend, I’ve gone from, I hope this league will succeed to I would bet my own money that this league is going to succeed,” said Gladman as he quickly pivoted to covering the Paralympics for CBC. “They have a vision and it’s different and it’s based on people and the athletes and coaches and it’s really good.

“I just think it’s a good, quick-hitting, exciting brand of basketball. You have four 10-minute quarters, you have the Elam ending. Some nights you’re playing in your home town. These are things we just haven’t seen in basketball and now it’s happening and there’s excitement at different levels about it. What I’m saying is overall the product is growing probably at a faster pace than even could be reasonably expected. When basketball fans come and look at this, they’re going to love what they see.”

At the forefront is Mike Morreale. The commissioner and CEO of the CEBL woke up every morning for the last 18 months with a looming fear of the pandemic derailing the journey to the season-ending celebration at Championship Weekend.

But after watching the halftime show and feeling the energy of the crowd in Edmonton on Sunday, Morreale was finally able to breathe a sigh of relief.

“We got through it. We had to make some adjustments that were last minute, but the teams came through, players came through and we pulled it off,” said Morreale who recently turned 50.

“I’m incredibly fortunate because, again, in a pandemic year, you just don’t know. You could get derailed at any moment’s notice. Now that we’re done, it’s a nice feeling.”

Led by Xavier Moon, the Stingers delighted the home crowd with a resounding 101-65 win over Niagara to capture back-to-back titles.

Moon continues to cement his status as the best player in the league having been named player of the year in each of the CEBL’s three seasons and also got the nod as Finals MVP for the second-straight year.

The 26 year-old from Goodwater, Alabama, points to the stability of the Stingers’ organization as the key to success.

“That’s what I like about our team – we’ve been together for three years,” says Moon over the phone from Edmonton where he is catching up on some reading before heading to play in Italy in September.

The CEBL will begin next season with new teams in Scarborough and Montreal. Morreale says the league is planning for a 20-game season, but as the league continues to grow and emphasize a divisional format, the schedule could eventually increase to 28 games.

While Morreale is pleased with how things went in Edmonton, he is already looking forward to the party in Ottawa next August when health and safety restrictions are expected to be looser.

“You’re talking about, first of all, us getting better at the operation of Championship Weekend and us (hopefully) not being in a pandemic situation,” he said.

“And then just us being in Ottawa in that Lansdowne and arena district – there’s no better area in the entire country for an event or a festival. It’s instant atmosphere already, so for us just to add our component to it, takes it to a new level.”