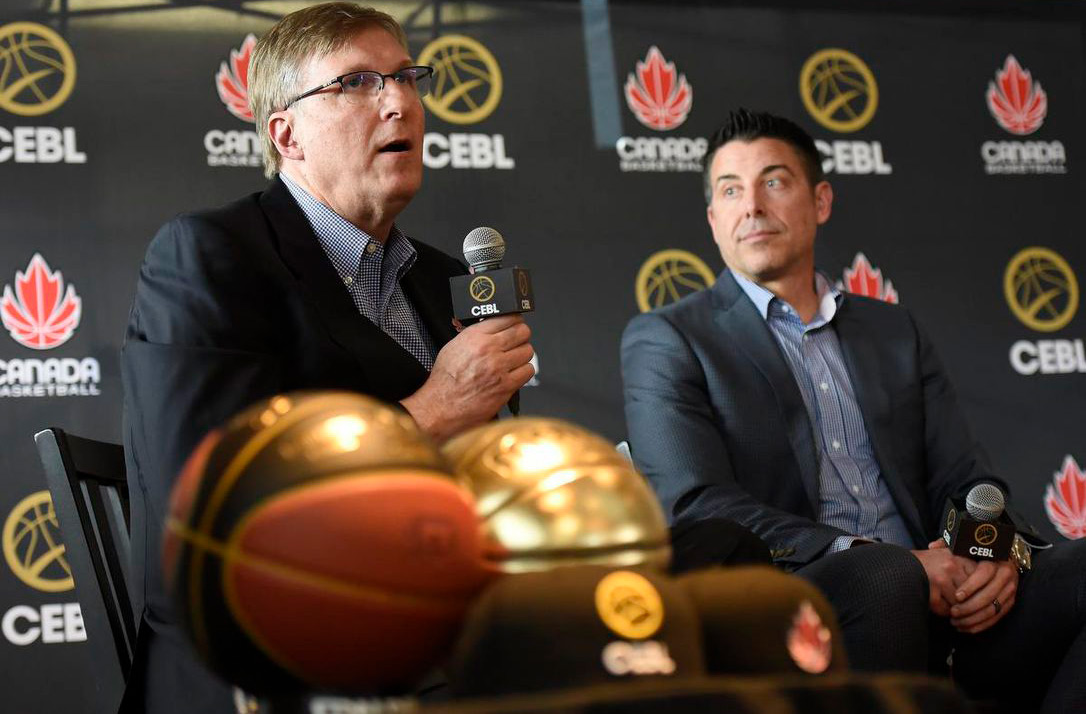 As Glen Grunwald sat down at his desk for the first day on the job as president and CEO of Canada Basketball, an ambitious endeavour was already in the works that had a chance to change the sports landscape on a national level.

The former general manager of the Toronto Raptors would quickly learn that a group was interested in forming a partnership that would ultimately be crucial in the launch of a new professional league.

In the fall of 2018, Grunwald looked at a proposal from the Canadian Elite Basketball League (CEBL) and was immediately impressed.

“I admired them. I felt it was a big project. Starting up any business, much less a professional sports league, is a significant endeavour and is obviously fraught with risks and costs and uncertainties,” Grunwald said over the phone. “But they had a very good approach and a good plan, and I thought it had a chance to be a success.”

Grunwald also took note of how the league and its teams would work towards a common goal of growing basketball in Canada.

“What I found most exciting was the collaborative approach, the willingness to work together, to not have all the answers, but to listen and to grow and to present some new and innovative ideas,” said Grunwald.

“So [CEBL commissioner] Mike Morreale and his team have been awesome to work with in terms of what they’re trying to do and fitting it in with our sport landscape.”

Especially considering the challenges presented by the on-going pandemic, Grunwald says a lot of the CEBL’s vision has still come to fruition and the league has already established an important presence.

“The CEBL and its positioning is a significant and important and positive addition to the basketball landscape in Canada,” says Grunwald. “It shows the continued growth and importance of the sport here in our nation.”

A day after speaking to Grunwald, Canada Basketball announced its men’s roster for the 2022 FIBA AmeriCup qualifiers – a list that includes four players with CEBL experience.

Grunwald makes it clear that Canada Basketball will continue to monitor the CEBL as a pipeline for talent for the senior national program.

“The way FIBA has changed its competition structure, it’s very important to have a good depth of talent to draw from,” he said. “The CEBL has players that are already part of our depth chart but is helping develop further players that can someday be ready to compete for Canada when called upon. It’s a very important part of our basketball infrastructure.”

Morreale says that forming a partnership with Canada Basketball was always part of the plan.

“The first thing we did before we even considered launching the league, was laying the groundwork with Canada Basketball,” said Morreale over the phone. “When Glen came aboard, that’s when we really delivered the message.

“He was basically one of our first calls in that respect, and he was open to working together and doing it right. We explained our vision on multiple occasions, and he bought it. He got it. To his credit, he saw how this was a benefit to Canada Basketball as well.”

Grunwald and Morreale met several years before these conversations took place, when Grunwald was director of athletics at McMaster University and Morreale (a Hamilton native and alumnus of the school) was working as a colour commentator for football games.

“Along the way, our relationship grew, and I respected him and what he was able to do,” says Morreale. “When his name popped up as the person at Canada Basketball, I said ‘OK, I’ve connected the dots here, this means something, there’s some karma.’”

Evidently there is mutual respect between Grunwald and Morreale.

“Glen really brings a vast knowledge on all sides, not just basketball,” Morreale said. “There’s a tremendous business side to what he does. He’s still connected to the game, which I think is important, and he wants what’s best for Canadian basketball. So I think it’s a perfect match.”