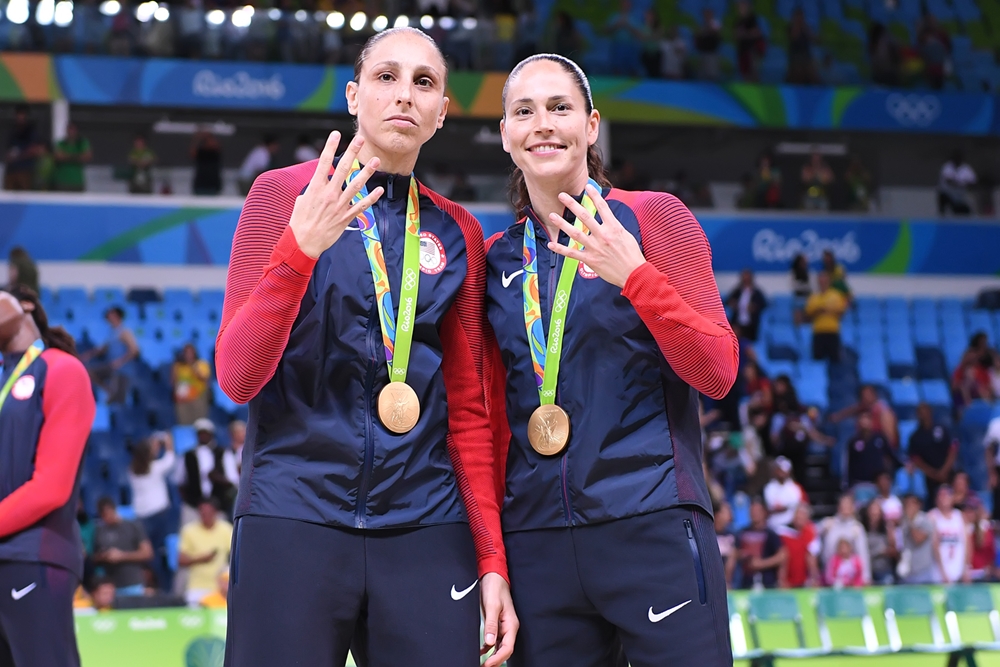 Here in Japan we may think the previously postponed Olympic Games should still wait until it is safe, but here it is. It’s time to look at who will be making that trip out here.

The Team USA women’s players picked for the 2020 Olympics in Japan this summer have just been announced and they sure look like gold to me.

The men will have to wait, but Brooklyn boys Kevin Durant and James Harden amongst others have already committed with more to come once the playoffs are done.

GOAT’s Diana Taurasi and Sue Bird will return and lead the way again for their fifth-time looking for the U.S women’s seventh straight gold medal in the rescheduled games. Respectively, the Phoenix Mercury and Seattle Storm lifers will have more than enough help too for this true Dream Team.

NBC announced that more of the 25th anniversary WNBA elite will head to the Far East during the mid-season break in a month’s time.

We have six first time Olympians this year in Taurasi’s teammate Skylar Diggins-Smith and Sue’s Seattle squad member Jewell Loyd for those big buckets. They will be joined by Las Vegas Aces superstar Aj’a Wilson and Point Gawd, Chelsea Gray, Washington Mystic Ariel Atkins and Napheesa Collier of the Minnesota Lynx. Diana’s Mercury mate Brittney Griner and Bird’s Storm of an MVP, Breanna Stewart on the other hand will return for their second medal and podium campaign. Whilst two legends, Tina Charles (for her fourth time) and Sylvia Fowles (three times an Olympian) round out the team.

If that wasn’t enough for your playbook the team will be led by A’ja Wilson’s college coach Dawn Staley, making history as the first black woman to lead the national team.

HERstory is about to be written in Japan.

Staley last appeared at the Olympics as a player with Taurasi and Bird in the 2004 games (Sue and Diana’s first) in the home of the Olympics, Athens, Greece. But now in Tokyo it looks like the dawn of a new day.

With the coronavirus pandemic still upon us and vaccinations in Tokyo and Japan as a whole still limited compared to other countries, the anxiety of these games is at a fever pitch. With that being said like a Florida Wubble when it all comes down to what happens on court expect this Team USA to leave it all on the floor.

Let the reason be as good as gold.