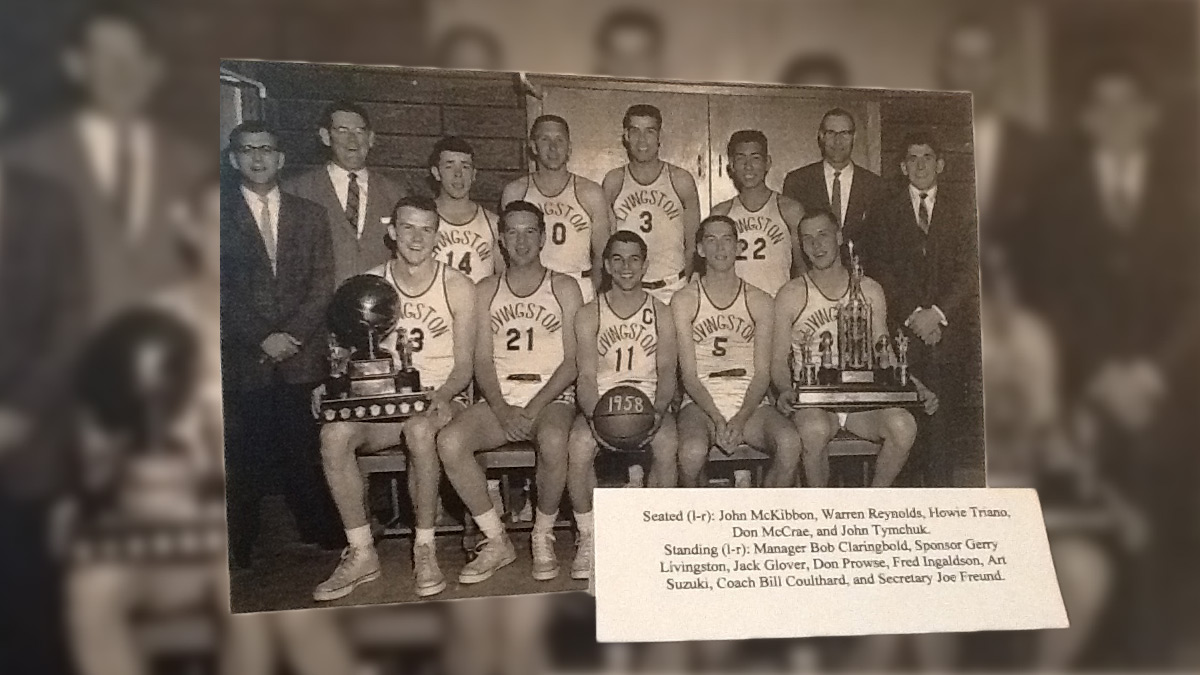 Majority of the members of Team Canada were from the 1960 Canadian National Senior Men’s Champion Tillsonburg Livingstons with pickups of John Kootnekoff from Port Alberni Athletics and Al Birtles from Vancouver Dietrich-Collins.

With three minutes remaining Canada held on to a 60-52 lead.

Non-European teams complained about the yellow coloured Italian made ball saying that it was “dead” and difficult to dribble and collapsed limply off the backboard on missed shots.

A newspaper report read: “The Canadians never really seemed to take the game seriously as they had an average height advantage of nearly one foot over their opponents. They toyed with the Thaïs at times and showed only flashes of their rebounding strength and fast breaking ability.

“The crowd of three thousand was hotly supporting the Thais, cheering the Asians loudly every time they made a point and booing the Canadians just as lustfully when they dropped the basket and an Associated Press reporter at the game remarked that fans seemed to be blaming the Canadians for being bigger.”

Must Read:
New Netflix Documentary Tells The 'Untold' Story Of 'Malice At The Palace'

Thailand only trailed 7-5 after three minutes and Canada had a comfortable 52-34 lead at half.

Ingaldson and Warren Reynolds had 19 and 18 points respectfully.

Ingaldson, a Winnipeg native, played for the Montana State University Bobcats from 1952 to 1956

Belgium gained its first victory and Canada its first loss.

“Belgians overcame a height disadvantage with pinpoint accuracy on the outside shots and tight defense,” read one newspaper report.

“Canadians helped bring their own disaster to themselves by repeatedly throwing the ball away. They couldn’t find the shooting range. Belgians build up their solid lead on eye popping flights over the taller Canadians defense.”

Alberta Nicodemi sank 10 baskets and cashed in on nine of 10 free throws for 29 points for the winners.

Newspaper report; “it took just about eight minutes before they started punching holes in the leaky Canadian defense and then the checks slid through time-after-time. The Czechs scored continuously on drives through the center and spread the defense on accurate leading of waiting pivot man and their fast breaks which Canada couldn’t retreat soon enough.

“The Canadians didn’t shoot well enough to make their five-men weave attack payoff. Czechs rebounders started maneuvers that gave Canada no time to get set up on defense.”

Fred Ingaldson had 13 points in defeat. His average for the tournament was 13.8 points per game.

Newspaper report: “The Canadians squads’ offense collapsed completely when the Spaniards drew into range trailing 45-43. The Spaniards struck for 16 consecutive points with the Canadians missing 16 shots before Fred Ingaldson one hander ended the drought.”

Al Birtles said of the other teams.

“They almost laughed in our faces because they thought we were so stupid.

“If we’d had decent coaching, we’d still be there,” he said of Coach Elmer Ripley, a 72-year America.

“He didn’t employ an effective zone defense against the fast breaking European teams. The Hungarians asked us why we were doing stupid things like not using the zone. They were laughing behind our backs.

“The other teams had us pegged after 10 minutes of each game. We just couldn’t break their zones and they tore us to shreds with their speed and man-to-man defense.”

Canada finished 7th overall and did not qualify for the 1960 Rome Olympics.