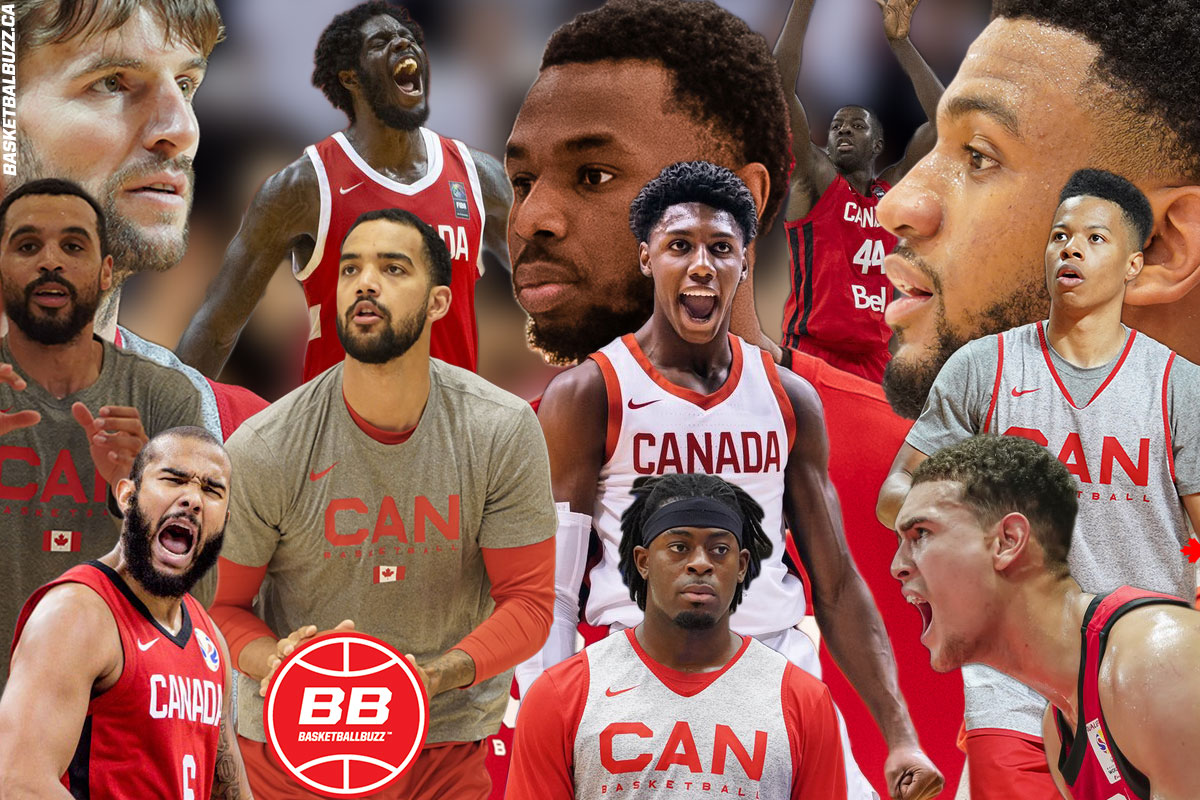 After months of anticipation and endless internet chatter, we now know the names of the 12-men tasked with the difficult job of ending Canada’s twenty-year Olympic men’s basketball drought.

Following an eight-day training-camp in Tampa Bay, Florida and less then 48 hours before their opening game, head coach Nick Nurse and his talented staff have finalized Canada’s roster for the 2020 FIBA Olympic Qualifying Tournament Canada in Victoria, British Columbia.

With the exception of Lyles, Powell and Bennett all remaining nine Canadian players had stellar seasons in their respective leagues.

Thirty-five-year-old (35) Carleton Ravens (2004-2009) all-time great, Aaron Doornekamp leads all players with sixty-six (66) international games and is the only player on the team that played his college basketball in Canada. Doornekamp made his Canadian debut at the youth level at the 2005 FIBA World U21 Championships and his Senior men’s national team debut back in 2007 at the Marchand Contential Cup.

Team Canada, ranked 21st in the latest FIBA rankings, will kick off the six-team tournament on Tuesday, June 29th with a tough Group A match-up against six-ranked and well coached Team Greece. Coached by former Kentucky Wildcats head coach Rick Patino, the Greeks will be playing without the services of Giannis Antetokounmpo. The two-time NBA Most Valuable Player (MVP) is on duty of the Milwaukee Bucks and in the midst of a deep playoffs run.

The second game will see Canada take on No. 29 ranked China on July 30th. The top two teams in each group advance to the semi-finals where they will cross over and take on the winner and runner-up of Group B, which each is highlighted by Turkey, Czech Republic and Uruguay.