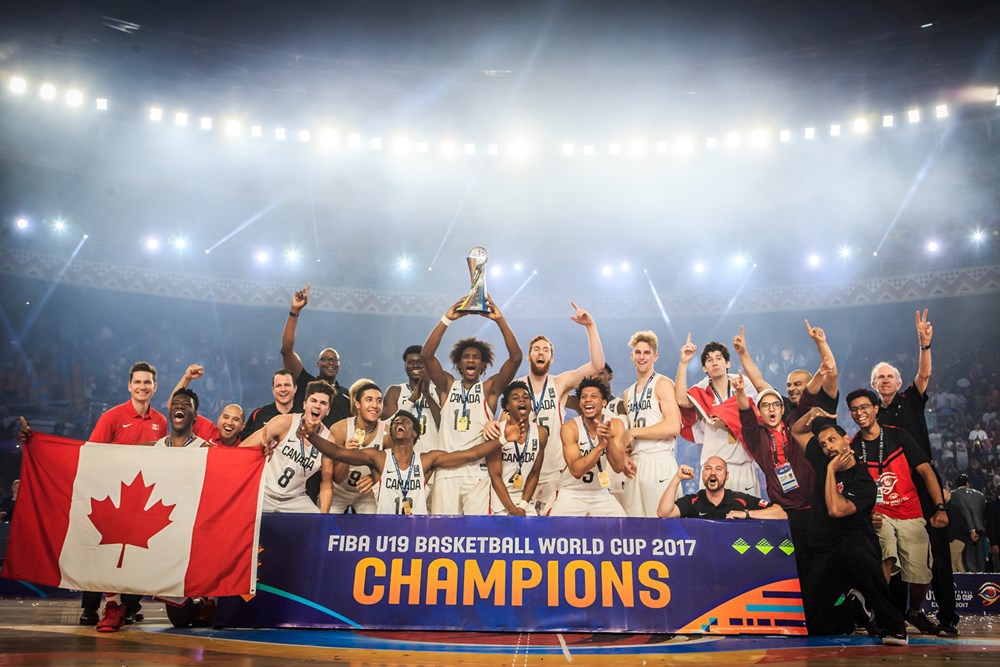 The 81 year-old hunt for International basketball Gold at a Olympics and FIBA World Cups is over for Canada!

Canada’s U19 Junior Men’s basketball team became the first Canadian basketball team to play for and win Gold at an Olympics and/or FIBA World Cup event since Canada lost 19-8 at the 1936 Summer Olympics in Berlin.  Marking the sports’ first official medal event, a ceremony which surely made Dr. James Naismith proud as he awarded both teams the medals.

Canada unleashed a potent, versatile and balanced team effort, leaving the Italians without any hopes of denying the Canadians their historic and hard earned Golden generation podium moment. A moment that Canadian basketball advocates have rightfully known it was coming, but patiently awaited for this historic day.

Making it remarkably sweeter was the fact that Canada’s run to World Champions glory was crafted and architected by prodigy child and 17-year-old phenom Rowan Barrett Jr. The tournament’s Most Value Player. Barrett’s 18 points, 12 rebounds, four assists paced four Canadians in double-digits in the 79-60 defeat of Italy to capture the 2017 FIBA U19 Word Cup in Egypt Cairo.

Tournament All-Star Abu Kigab concluded Canada’s championship run with his fourth double-double in seven games with 12 points and and 10 rebounds and finished in the top five in rebounds per game at 10.5. Nate Darling added 12 points and four rebounds and Lindell Wigginton returned to the line-up after missing the past two game with concussion like symptoms contributing 11 points, three rebounds and three assists.

Must Read:
Lakers STAPLE Their Preseason Back Up Back Home