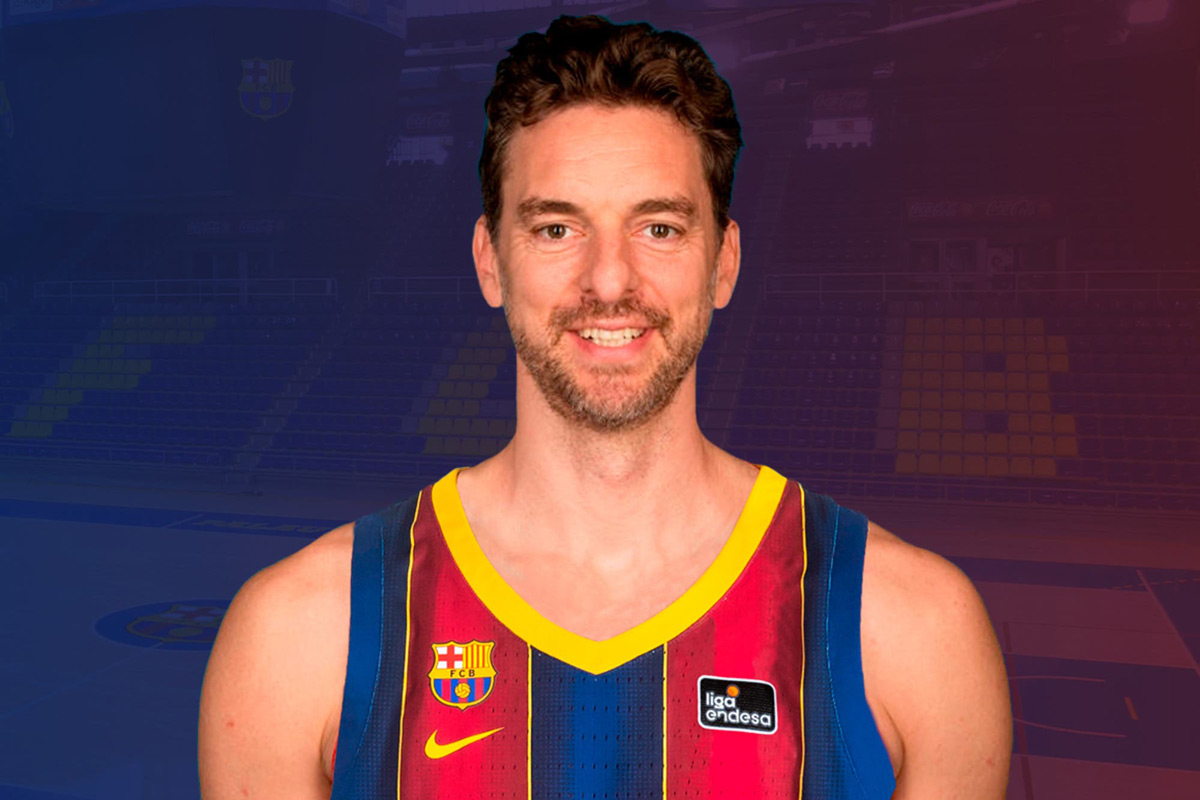 Pau Gasol's Dreams Of Returning To The Hardwood Take Him Home

The Spanish soccer side is so storied, they even have their own FCB basketball franchise.

That’s where Pau Gasol, one of the greatest international players of all-time started his career.

Before he became a Rookie of the Year in Memphis with the Grizzlies.

Or winning gold with his brother for one of Spain’s all time best international teams.

Even before being traded for Marc Gasol’s draft rights to the Los Angeles Lakers. Where Gasol’s number 16 won two championships with number 24.

Spain served as a prelude to all of this and his stints in San Antonio, Chicago and Milwaukee as a Spur, Bull and Buck. Not to mention Gasol’s latest comeback trial training for Tokyo.

Barcelona’s basketball team is so legendary, Pau’s powerful legacy would have been set even if he never ventured over to these shores. But what he did in the NBA is now engraved in the stone of hardwood history.

He was a star there and now he’s taking it back to where it all started.

Just when people thought that Pau would rejoin the Lakers for one last dance in Hollywood for a team who overtime or bust really need to stop the bleeding right now. Teaming up with the brother he was traded for after the redemption free-agent signing of big Marc Gasol and those even bigger shots from downtown. Even when the second cutting of purple blood, loyal Laker Quinn Cook left open another gaping roster space for another big like those who think the Lake Show are about to bring DeMarcus Cousins back again.

As sweet as that would be like retiring his number 16 next to 8 and 24, Pau Gasol is actually returning to his home country for one last barter with Barca.

The 40 year-old has inked a deal that will seal him with the Spanish team through June 30th. Signing on the dotted line more than 20 years since he took his first dribble with FC Barcelona in the 1998-99 season. It wasn’t just young Pau’s rookie debut. After three Liga ACB seasons he started for FC Barcelona in their 2000 inaugural season in the legendary Euroleague before his NBA debut in 2001. Pau Gasol is arguably just as important and iconic to the wine and navy as he is to the purple and gold…if not more.

“I’m happy to return to the club where I began, and I’m excited about this new opportunity: I hope to contribute to the first team very soon. I want to thank Barça and its technical staff for making it possible to join them”, Gasol issued a social media statement after previously playing down rumors on his channels as early as yesterday.

The good man just wanted to make sure everything was right.

Pau’s life has had its ups and downs over the last couple of years. He got married, but then injuries forced him to divorce himself from the NBA. He lost his best friend, but then this man who took it upon himself to look out for Vanessa Bryant and Kobe’s kids became a GirlDad himself.

Now even more congratulations are in order for the man who deserves a merit like France’s Tony Parker. As an aside check out Pau’s perfect points on the game in the TP documentary ‘The Final Shot’ on Netflix. Then you’ll see just how well he knows this global game that’s lucky to have him back.

How about when it comes to this six time NBA All-star with career averages of 17.0 points and 9.2 rebounds’ reunion with little brother though?

With the Lakers looking to bolster their front-court with what analyst Kendrick Perkins thinks should be a trade for Cavalier Andre Drummond, you never know where some guys will end up. The Lakers would be fools to give up on Marc Gasol and his outstanding outlet passes for a second time. But if they do I could imagine the perfect place for another Grizzlies and Barcelona legend to end up.

You just know his big brother would welcome him home with open arms.