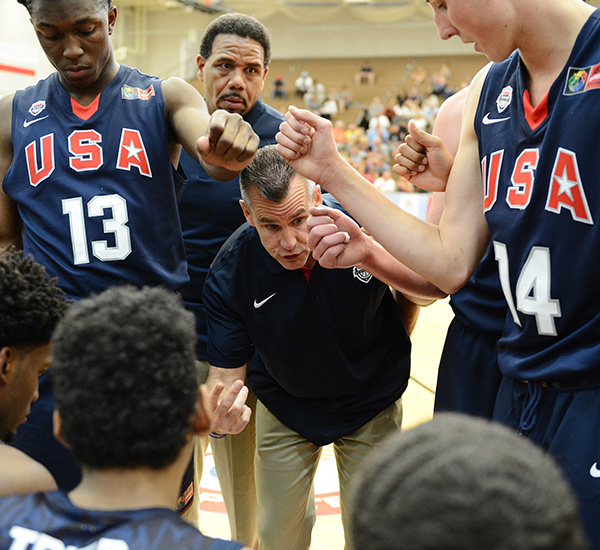 The United States of America led by Florida Gators head coach Bill Donovan put on a 98-point beating on Uruguay as the USA kicked off the 2014 U18 FIBA Americas qualifier at the U.S. Olympic Training Center in Colorado Springs, Colorado. With four spots up for grabs for the 2015 FIBA U19 World Championships in Greece the  more physical and polished U.S squad wasted no time dispatching a Mexicans beating 156-58 while setting five FIBA records in the process.

The offensive onslaught by the USA records in FIBA Americas U18 Championship play, including USA team records for most points scored, largest margin of victory (98 points), most field goals made (59), most team assists (40), and most assists by an individual after Jalen Brunson (Adlai E. Stevenson H.S./Lincolnshire, Ill.) dished out 13. Further, Luke Kennard (Franklin H.S./Franklin, Ohio), who finished with a game-high 30 points after shooting 7-of-12 from 3-point range, tied the USA’s U18 record for most 3-point attempts.

Head coach Billy Donovan on his thoughts after the game.

“I think the one thing we’ve been talking about is trying to play unselfishly, and they did that tonight. Forty assists. They were really unselfish; they played well together. I was really pleased coming out of the half and I feel we got off to a great start at the second half and then it kind of carried on. I thought overall, their willingness to pass and share the basketball was special tonight”