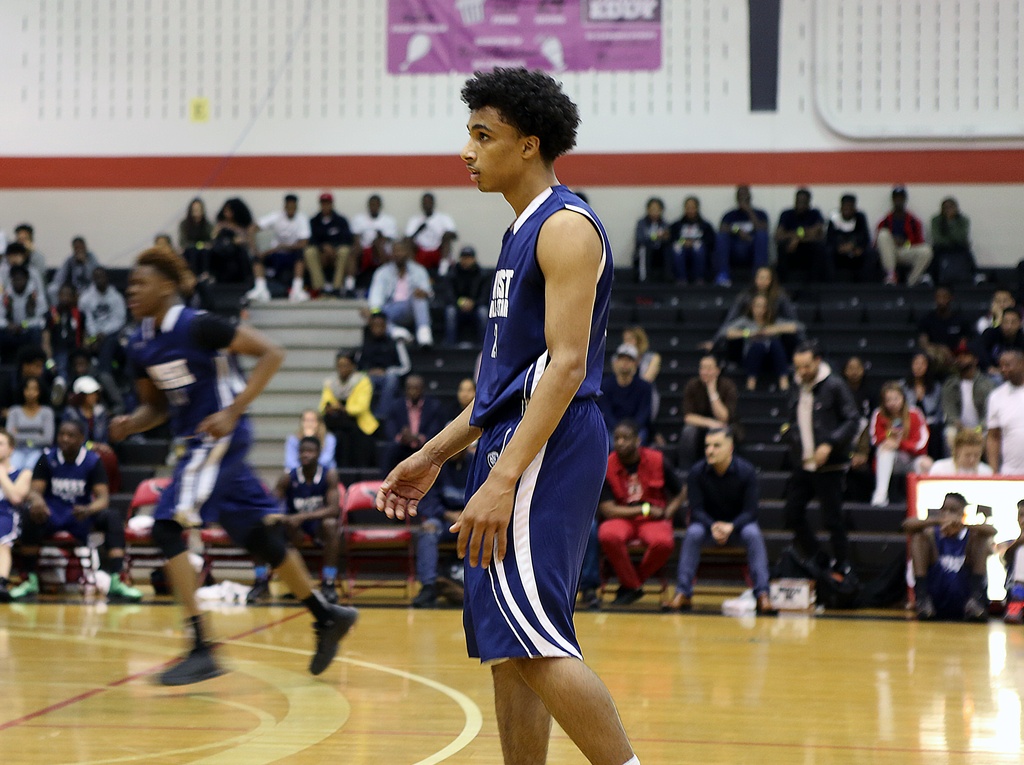 With the CIS/USPORTS, collegiate and high school basketball seasons officially over, its been clear that the city of Ottawa has reached it’s lowest point of excitement leaving basketball fans with nothing to rejoice over the past few months. The 2016 Ottawa senior and junior high school basketball all-stars gave the National Capital one last thing to cheer for, as they wrapped-up the 2015-2016 school season. Anticipation was running high for the 18th Annual All-Star game with fans from all over the city, including scouts and coaches showing support for their young stars.

It was clear at the beginning of the game that the senior All-Stars were caught in between trying to have fun and playing hard to impress the fans one last time. Due to practically everyone getting the same amount of minutes it was hard for most players to get into a solid groove as substitutions were happening frequently. Watching the players smile and laugh on the court was a clear indicator that most players were just trying to seize the moment and enjoy their presence at the All-Star Game.

Featuring a loaded roster bolstering the top players from both AAA and AA city champions including St. Patrick’s Irish trio Ryan Kabuya (6 points), Lock Lam (14 points) and Nathan Garcia as well as Ashbury Colts rising star LLoyd Pandi the East All-Stars were heavily favorite to win and opened-up the game playing with a lot of confidence by taking the ball to the rim at will and not shying away from contact.

As for the West, they were carried by the Merivale stardom of Ali Sow and Umed Hyder who scored the first 15 points for their respective team. The momentum Ali and Umed created helped pave the way for the rest of the West All-Stars as Franco-Ouest’s Jordi Miantezila brought what he brought to his Vikings squad all-year providing big rebounds, directing players and hitting some big shots. The crowd were stunned at the fact the West came out of the gates firing and knew they were in for a competitive game as the first quarter ended 24-24.

Must Read:
Canadian Denham Brown and the Legendary 111 Point Game

The rest of the show was stolen by Ali Sow, playing in his last high school game the 6’1″ guard went out with a bang, pouring in a game-high of 42 points, including seven three-pointers on his way to MVP honors for the West, Sow caught-up with BasketballBuzz after the game to discuss his memorable performance.

“It was a lot of fun, it’s an All-Star game people want to see shots go in and be competitive, I just wanted to go out there and play my game and finished with 42 and I’m feeling it too.” It was good to compete with all the great players in the city, its an honor.”

“I feel like I’m finally being reward for my hard work, I’m being recognized as one of the better players in the city.”

Despite Ali’s brilliant play; couple other players impacted the game as St. Patrick’s trio scored a combined total of 39 points and Garcia claiming Most Valuable Player game with a 19-point winning effort for the East.

St. Matthew Tigers and Phoenix basketball twin prodigies Shandon (12 points) and Quintin Ashitei (7 points) also played well combining for 19 points. Lloyd Pandi (13 points) and the rest of the cast also put up decent numbers that helped the East willed their way past the dominance of Ali Sow and the rest of the West All-Stars to claim the cities bragging rights with 91-86 win.

The Juniors also played a competitive game that went to overtime. The score finished 62-57 for the West led by the 11 points and a phenomenal dunk by Lual Akot who won MVP for the West and chatted with BasketballBuzz to discuss his MVP effort, future plans and basketball in the city of Ottawa after the game.

“I’m working hard this summer to improve my game and build confidence and be a better basketball player in the future. We have a lot of talent coming out of here, guys like Noah Kirkwood, Eddie Ekiyor and more, hopefully I will be next.”

The East was led by Kersaint Saint who had a game-high of 18 points and Aiden McMann who finished with 13. Saint discussed his MVP effort with BasketballBuzz.

“The game was very interesting and competitive, I felt like at the start we didn’t come-up with enough  intensity on defense and we picked-it up and at the end it came down to fatigue and the West had better depth but we still had a chance to win and overall it was a great experience and great game”

The 2016 National Capital Senior and Junior All-Stars wrapped up yet another wonderful high school season in Ottawa, Ontario in entertaining fashion. Be on the look out Capital City as Ottawa is starting to develop many young talented basketball players who will soon start making their stamp all-over Canada and across the USA.