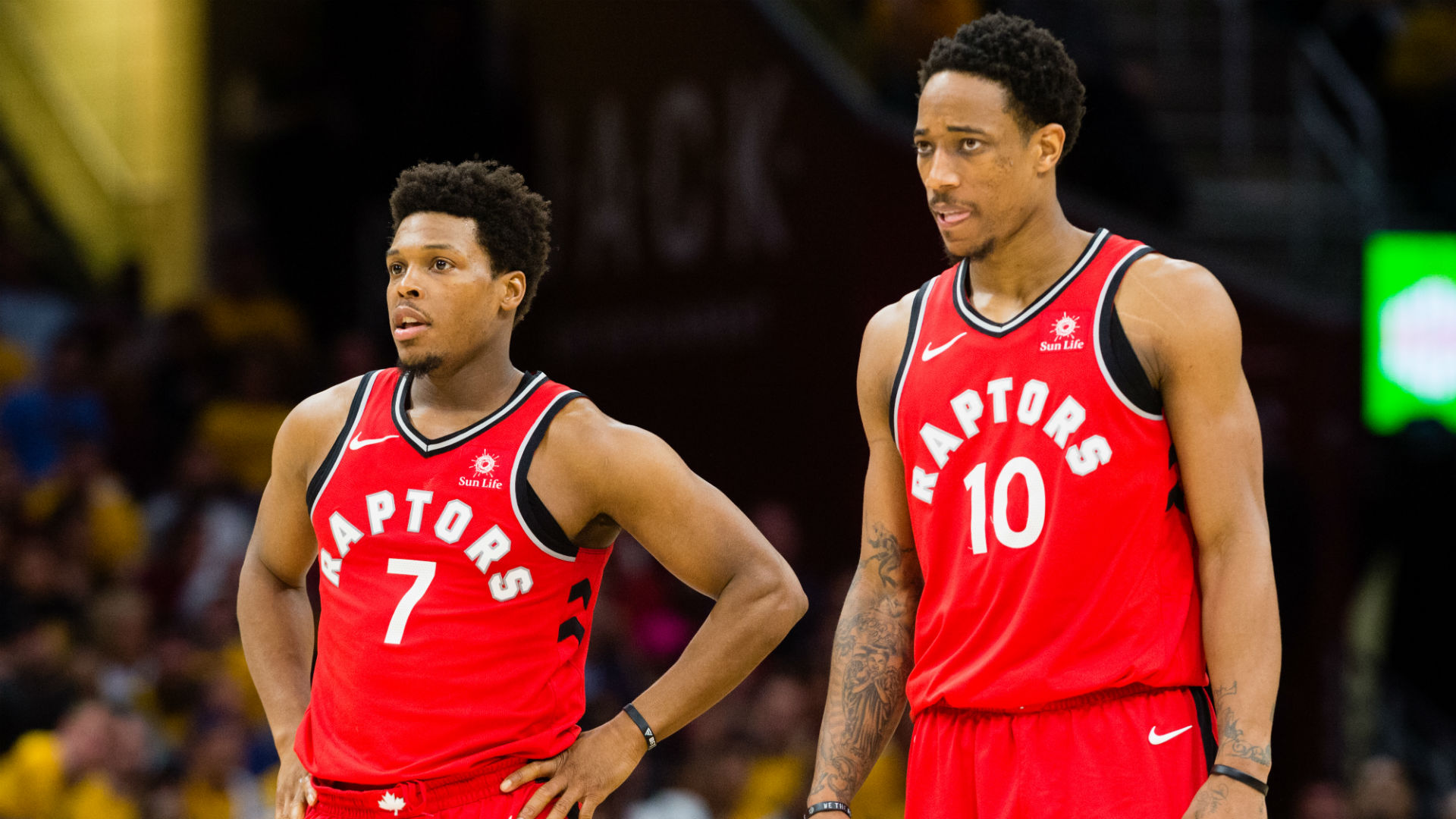 Kyle Lowry and DeMar DeRozan can run this team out of the gym and all the way to the top of the Eastern Conference in a Atlantic division that is shallower than the edge of the ocean. With these two one things for sure, NBA basketball won’t run from Canada.

Paul Pierce, Shaun Livingston and Jason Kidd may be gone, but Kevin Garnett, Joe Johnson and Deron Williams are still here. Jarret Jack is a nice addition to the bench too like Andrei Kirlienko. Sure B.K. is depleted but so is the East.

What a difference a Phil Jackson and Derek Fisher make. Especially when these Laker legends come with a re-upped Carmelo not joining Kobe. Still living and dying by a core of Stoudemire and J.R. Smith the core of the Big Apple needs more bite before its rotten.

If Joel Embiid can be the new Mutombo in Philly and as big a rookie as Michael Carter-Williams was these Philadelphia stake holders may have a chance at breaking more than bells.

How far can the best Point Guard in the league Rajon Rondo take the most successful and storied franchise of all time? Especially, if he himself ends up far away. It could be all on the broad gym shoulders of a Smart young rookie changing the guard.

In Ohio the land is rich again with the return of the King. LeBron James, Kyrie Irving and now Kevin Love is an Ultron Voltron big-three in this age of Avengers. They are also thinking of there first trilogy so ‘Bron can match Kobe and Mike’s three-peats. But how much will unloading number one Canadian draft picks Andrew Wiggins and Anthony Bennett hurt their future?

Still the thorn in LeBron’s lion paw is Rose and his rejuvenated Bulls. So long as Derrick doesn’t wilt under the pressure of another injury, his matchup nightmare in the preseason could beat the ‘Bron beast and the rest of the East. Especially with a frontcourt fueled by the passion of Defensive Player Of The Year Joakim Noah and the betrayed fire of former Laker Pau Gasol. A man who brings Larry O’Brien along with him in his trades. The city of Chicago needs this.

After hitting the skids on their stellar season the ‘Indy 5.00′ has been run off the road with the loss of sixth man Lance Stephenson to free agency and superstar Paul George to a horrific injury. Roy Hibbert, George Hill and David West can still take them far, but sometimes what looks good on paper is just screwed up (see Bynum; Andrew). Here’s betting they wish Danny Granger’s jersey wasn’t now on the discount rack.

Caron Butler was a nice addition to the Palace, but he would have found a better, hard-working and bruising home in Auburn Hills back in the Bad Boy age. The future is Drummond and Jennings, but they need a few more pieces before everyone stops being so puzzled. Motor City needs a new engine to drive these Pistons.

Welcome to the future of the NBA, Jabari Parker. Right now in NBA purgatory in Wisconsin with former high draft pick stud O.J. Mayo. Give them one more guy to garnish the salad colour jerseys and it could all be like Ray Allen, Glenn Robinson and Sam Cassell again.

Paul Pierce was an incredible Nene, Andre Miller, Drew Gooden like big name to add to this rich roster, but do you want the truth? It’s the backcourt of Bradley Beal and John Wall who are going to run this D.C. capital right through the East like an Obama motorcade.

Must Read:
Raptors versus Knicks in Montreal - Much more than a Game!

I wont say it. Besides Dwyane Wade’s franchise still has him and Chris Bosh along with Miami mainstays like Haslem and the Birdman. If that wasn’t enough Luol Deng, Danny Granger and Josh McRoberts are a big three addition. Yeah I’m going to go there. Life without LeBron will suck but not as much as people think. There’s still talents in South Beach. There I said it.

This franchise used to be a yearly frustration, now they are a regular playoff mainstay. Especially with big players like Horford, Milisap and Teague and the size of Elton Brand and threes of Kyle Korver on reserve. Still they seem to have lost some energy and enthusiasm ever since Josh Smith hustled his dunking play off the block.

The Hornets are back. Forget a Pelican or Bobcat that Larry Johnson throwback is even more relevant now. But right now the franchise that wishes Michael Jordan could step down from the front office like a Washington Wizard and play, would settle for someone’s Grandmama playing here. Still big addition Lance Stephenson is nice addition to the Kemba Walker and Kidd-Gilchrist formula of success. Don’t be divided it’ll multiply in a few years.

The Magic Kingdom has been in need of some Disney Fantasia magic ever since Dwight Howard, superman flew to the Rockets of Houston by way of the Man Of Steel Shaq’s former franchise. At least Victor Oladipo has some help in a Point Guard called Payton. No not Gary, but Elfrid, a rookie ready to fit like a glove and take the Mickey Mouse reigns.