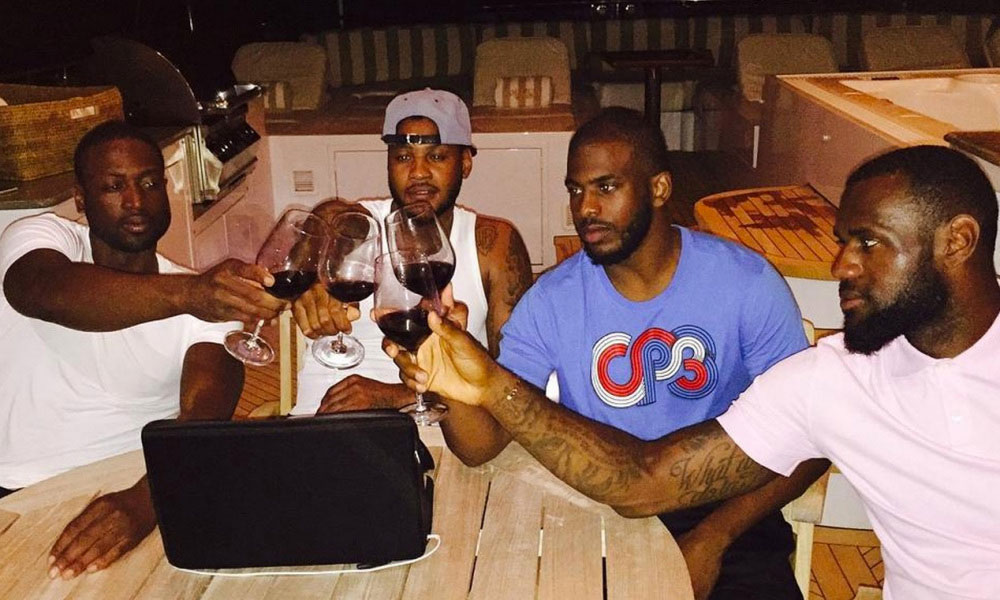 Dwyane Wade may not have clicked glasses with Kobe and the Los Angeles Lakers. Or any other team in this Summers free agency for that matter as he decided to raise his glass for another year with the Miami Heat to be the toast of the town for 20 mill over the next 12 months. But he’s sure putting those dollars to the sense of a 33 year old on the cusp of making the end of career speeches.

Number 3 is investing in a new wine for a really cool move of one of the games classiest pros. And the name of this new bottle? Check the back of that red and white jersey.

2015 is set to be a great year for Wade, name and brand. Launching this Wade wine label from the barrel during his tour of China, D-Wade follows the likes of fellow rookie class alumnus and China man Yao Ming and championship legend John Salley’s Vegan Vine Wine joint venture in players with their own signature sip.

No wonder All-Star Power Forward Amar’e Stoudemire just inked a deal in South Beach with his new teammates new talents. But will there be enough red to fill his infamous ritual post-game baths?

Perhaps that was what Wade and his court contemporaries Carmelo Anthony, Chris Paul and former teammate LeBron James where drinking on that yacht in Dwyane’s Instagram post.

The court connoisseur Wade really is branching out with this venture. Doing everything but rolling up his warm-ups to press the grapes himself. The for sure first ballot Hall Of Famer who is married to ‘Top Five’ actress Gabrielle Union and has his own parenting book in ‘A Father First’ is really raising it up to the future, like where one day his name will belong in the rafters of the Heat’s greatest legend and the banners his name brought up.

Must Read:
Game Recognizes Game. Swapping NBA Jerseys Is In This Season.

Now get the coolers ready, but not for this mans career as this guy has still got it. It’s almost fitting he’s making Wade County wine country because this perfect player is only getting better with age as one of the associations most valuable veterans of lasting legend. Of course, just like a fine wine. Check the label there’s no need to taste, this sir is still an excellent choice.

Now lets hear it for Wade.