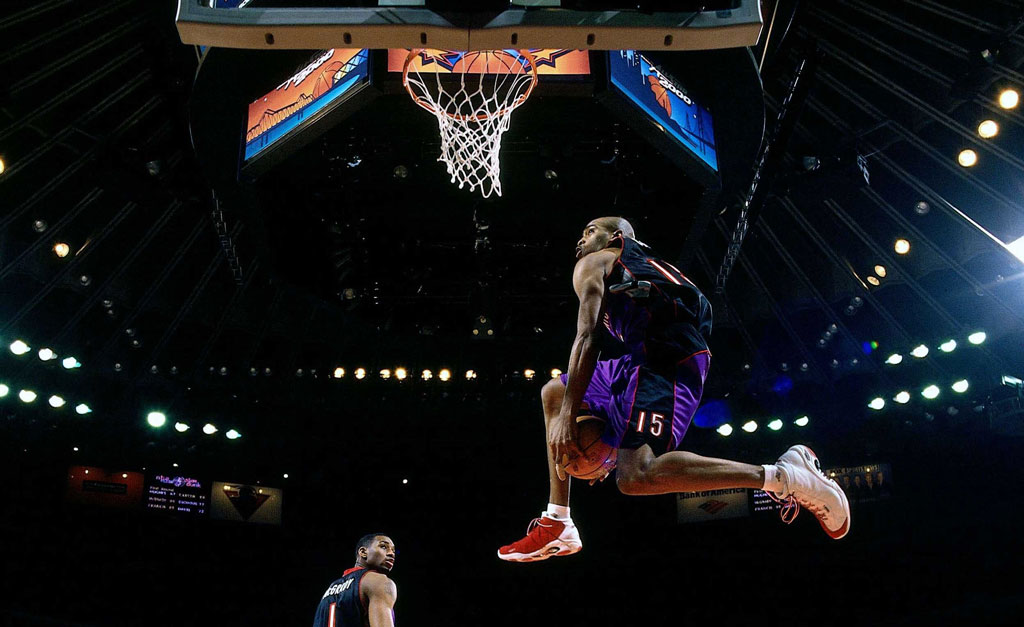 The dreams of many Canadian basketball fans will finally come to fruition next month. The 2016 NBA All-Star Weekend will take place in Canada’s very own Toronto, Ontario, marking the first time that the All-Star weekend will not take place in the USA.

The weekend of February 12th 2016 will be a historic moment for not only the NBA but for the entire country. Basketball in Canada has been known for it’s ups and downs, despite the founder of the game being Canadian the sport itself never remained relevant in the country for too long. In 1995 the NBA added two Canadian teams, The Toronto Raptors and the Vancouver Grizzlies.

After a lockout in 1999 the Grizzlies basketball supporters started distancing themselves and when the NBA resumed attendance dropped enormously forcing the owners to eventually sell the team in 2001.

Canadian fans we’re devastated at the fact that their country lost an NBA team. However, these fans could not have kept their heads down for too long. The year after the Vancouver Grizzlies relocated to Memphis Canadian basketball fans surprisingly we’re more excited than ever! Not because of the Grizzlies departure, but because of the Toronto Raptors arrival in the mainstream media!

The “Raptors” became known as “Canada’s Basketball Team” and one of the most entertaining teams in the NBA in the early 2000’s. Toronto’s ticket sales jumped out the roof as they set league attendance records from 2000-2002. A man named Vince Carter who had the best years of his career, was playing spectacular basketball leading his team by being one of the most alluring players of that era.

He was nicknamed “Half-Man Half-Amazing!” Carter took the NBA by storm as he was known for regularly throwing down some of the best dunks in NBA history. Even though he won rookie of the year in 1998. His fame sky rocketed after the 2000 All-Star weekend in Oakland California where he gave NBA fans one of the greatest, if not the greatest Slam-Dunk contest ever, leaving superstars like Shaquille O’Neal and others with their jaws open, dunk after dunk.

In 2001 Carter made the All-NBA second team averaging the most points in his career, scoring an astonishing 27.6 points per game. He led the Raptors to their only first-round playoff series win in the history of the franchise as they beat the New York Knicks to advance to the semi-conference round where they played the Philadelphia 76ers. Carter and Allen Iverson we’re easily the top five players and entertainers in the NBA at that time.

Vince Carter scored 50 points in game three as NBA fans enjoyed one of the most memorable early 2000’s playoff series. Which made it all but better that the team putting on a show was located in Canada. The Raptors eventually lost in game 7. The following years we’re derailed by injuries for Vince Carter and a fallout with the City of Toronto began.

In 2003 the Toronto Raptors looked to repossess it’s mark in the eastern conference by drafting Chris Bosh a young stud out of Georgia Tech. However, the Raptors kept falling short of the playoffs while making Canadian fans once again lose hope in Canada’s Basketball Team. Players started getting disinterested in playing for Canada’s only NBA franchise, complaining about the weather, cable, taxes etc.

Until this day they hold an NBA record for being the only team in history to not dress 12 players the entire season. They ended up trading Vince Carter to the New Jersey now Brooklyn Nets leaving Canadian fans even more heartbroken.

After Carter’s departure, the young Chris Bosh was given the opportunity to be the leader of the team and help Toronto get back to the playoffs. However, their first couple years without Vince was devastating. Coaching and General Manager (G.M) changes finally got the Raptors back on track and in the playoffs only to be eliminated in the first round every time they’d make it.

In 2010 their leader who was averaging a career-best 24 points and 10.8 rebounds per game decided that he had enough losing before packing his bags to join the Miami Heat that off-season. From that point on Canadian basketball fans received another huge blow and once again we’re put in a grievance state as many started to lose hope in Basketball in Canada.

Despite low points in the franchise history many maintained strong and had faith in a man they drafted the year before Bosh departed ‘DeMar DeRozan ‘ aka the Compton kid who was selected 9th overall in the 2009 NBA draft. Toronto Raptor fans we’re looking forward to what the high flying man could do for them, as his jumping ability reminded them of their city’s old hero Vince Carter. All they were hoping for was for him to be half as good as VC was.

DeRozan struggled as a rookie scoring only 8 points per game, Raptors fans weren’t totally disappointed with his production, since he represented the city in the 2010 NBA Slam Dunk contest. Despite losing the competition they seen a sign of excitement in the Compton kid. He may not be as good as Vince Carter was but he definitely is not too far behind. Since being drafted one can easily argue that DeRozan’ has improved every year, he’s shown signs of patience, maturity and loyalty as he stayed composed during the rebuilding years for the Raptors who are now a force in a much improved and tough Eastern Conference.

Alongside DeMar is his fellow All-Star point guard Kyle Lowry who also decided to stick around with the Raptors as he and DeMar have worked their way to becoming one of the best backcourts in the NBA. There efforts will likely pay off as they will probably be the second set of players in franchise history of the Raptors to have two player to participate in the Annual NBA all-star showcase since Vince Carter and Antonio Davis were selected back in 2000-2001 season.

Despite all the ups and downs Toronto Raptors fans and Canadian basketball fans have experienced over the last two decades the city of Toronto and basketball across the country has remained relevant over the past couple seasons. Now with the All-Star Weekend coming to Toronto it looks like that relevance won’t go anywhere anytime soon. One may ask why are the Raptors relevant if they still haven’t advanced past the first-round since 2001?

Or how is the City of Toronto relevant? It certainly helps that two of the biggest names in music right now Justin Bieber and Drake were born and raised in Canada.  Add the return of Masai Ujiri to the mix plus the phenomenal play of Andrew Wiggins (Toronto native),  Kyle Lowry & DeMar DeRozan and you have all the ingredients for successful change of culture recipe.

Likewise Canada’s Men’s & Women’s national basketball teams both put on historic showings last summer. The men’s  program had their best-ever finish in the history of Pan-Am Games finishing 4-1 and then went on to win the bronze medal at the FIBA games. As for the women’s they won their tournaments in a dominating fashion going undefeated in both the Pan-Am games & the FIBA Americas tournament earning a ticket to the 2016 Olympics in Brazil.

Raptors “Global Ambassador” ‘Aubrey Drake Graham’. Ever since his entrance in the hip-hop scene the city has never been the same. Drake has been one of the most decorated and most successful Hip-Hop artist the past six years. He’s received over 40 awards and around 250 nominees. The 29 year-old rapper has been on such a tear that “Toronto Life Magazine” listed Drake as the number 1 most influential man in Toronto in 2015.

Drake’s compelling determination to promote the city of Toronto has impelled the whole country to duplicate this movement which helped lead the media relations staff of the Toronto Raptors winning the 2014-15 Brian McIntyre Media Relations Award. This award is presented to the best media team in the NBA, the ‘6 God’ as Drake calls himself’ can surely take some credit for that award, the 6 as Toronto is now known for is easily becoming one of the most popular and exciting cities in the world.

In one of Drake’s first hit with Lil Wayne in a song called “Ransom” Drake starts the song by saying ” Toronto I Got You, I Got Us!” and he’s certainly lived up to that statement. No one since Vince Carter has played more of a significant role in redefining the culture of the city of Toronto like the 6 God himself!

Enjoy the 2016 NBA All-Star weekend Ladies and Gentleman! Take nothing for granted fans, it will be a historic moment for the 6 and the country of Canada. Moreover it will be NBA’s Great ‘Kobe Bryant’s’ last All-Star weekend appearance in our very own backyard Canada! Basketball in Canada has gone through some tough times but as they say “Tough Times Don’t Last, Tough People Do!” Toronto, Canada and the rest of the World rise up and get ready for the 2016 NBA All-Star Weekend.