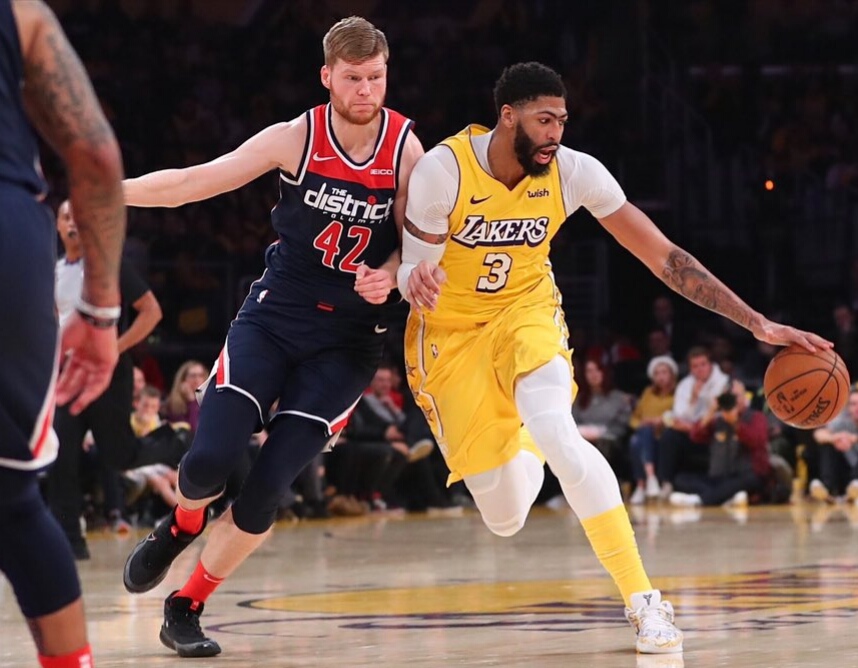 after expelling the order of the phoenix wizards exiled by king

Hey if its good enough for Kobe cosplaying as “he who shall not be named” one Halloween, like the King as Prince, or a cut above the rest Edward Scissorhands this year. It’s good enough for us. And Basketball’s the closest thing to Quidditch right?

But forget the Wizenard series for a page, today the Wizards were in town and speaking of Bryant some former young core Lakers were gunning for revenge like the Ingram, Hart and Ball-less Pelicans last game. Thomas Bryant, Moe Wagner and Isaac Bogna to be exact. Along with dynamo Isaiah Thomas shooting the bright lights out to prove LeBron, the Lakers and the rest of the league that shouldn’t have wrote him off wrong. Proving that the Lakers leave more youngsters on other people’s porches than the stereotypical beginnings of old movies about coming of age, against the odds. See ‘The Curious Case Of Benjamin Button’ and anything else set around that time.

But this weekend Hollywood had the perfect picture for their 10th straight W against D.C. Whose capital Washington game was big here in Tokyo with this writer and his new town for Japanese born Rui Hachimura’s clash with the titan. L.A. King versus the young king of the rising sun (no half-blood prince) that was going to be more Rakuten tuned into than when Tokyo hosted the Houston Rockets versus champion Toronto Raptors double-header first NBA Japan Games in decades last month.

But for the city in Shaq sized edition Dr. Buss tribute jerseys that were left on every fan that wanted tacos this Thanksgiving like LeBron calling on Tuesday’s seat pregame, it was former champion with Canada Danny Green who rediscovered his winners touch from downtown Los Angeles. Washington may be in a shooting spell themselves after scorching the Sun’s 140-132 Thursday in an Arizona shoot-out, but it was the Lakers who stunned them 125-103 today.

Must Read:
Who's who of pre NBA hoops

LeBron on a poetic couplet quest for the Lakers 17th championship in his year 17 was Magic with 11 assists and the number across his City Edition Nike in points. The same jersey number he’s going to give to Anthony Davis, despite this writer Black Friday buying his gold statement 3 yesterday (let’s hope that doesn’t end up like my Lonzo Ball road one this time last year next). A.D. lead the way with another double/double of 26 and 13 rebounds although Rui wasn’t afraid of going toe-to-sneaker toe with him, or never scared the King too with 16 points and 8 rebounds. As the next star next to star Bradley Beal’s 18 points and 9 assists showed Hollywood his coming to America story was Giannis worthy.

Bryant, Bogna and Wagner (seven and eight and one dunk on his head from Dwight in response to a flagrant) like Thomas with ten all showed out too against their old Showtime. But the Lakers who were still without defensive stalwart Avery Bradley like all these familiar, former faces got new help from Quinn Cook’s 17 out to the kitchen and another double trouble from fan favourite JaVale McGee who had 15 points and 11 rebounds. Whilst one of the best Point Guards of all-time still in his game Rajon Rondo had 13 in just two minutes less than that of play.

Shaqtin’a-fool in another reunion Dwight Howard (8 points, 5 rebounds and 2 “oh no you don’t, Mutombo finger wags) continued his bolstered bench presence against his old Washington state. But off a beautiful bounce ‘Brookyln 99’ copped pass from everybody’s hero Caruso he was T’d up after taunting after his big jam. Still the STAPLES Center loved it like they loved number 39 again after the D-12 drama. Who would have thought this guy would be back and back like this? Let alone dunking in a Shaq designed uniform?

But going 14 and 1 in November and winning 17 of 18 for their 10th straight, the league best Lakers haven’t been on box score paper this victorious for the record since those O’Neal 2000 champion days with the Wizenard Kobe. The Wizards may have a lot of tricks up their sleeve at the moment…but they haven’t got enough in their bag for this in the first part of their Hollywood road trip (just the best in the league Kawhi and homeboy P.G. next). Being outscored 84-36 in a half worth 24 like a Kobe throwback by the Lake Show.

But just wait until their new Japanese son rises.

I solemnly swear he’s going to be so good.

In this article:Lakers, NBA, Washington Wizards